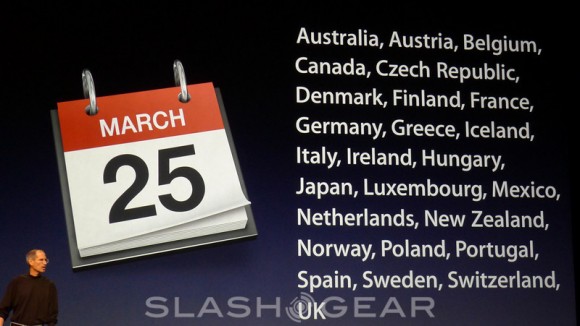 Still, it’s possible that strong demand for the faster, thinner and lighter iPad might still see demand exceeding supply, especially given Apple’s ambitious launch plans this time around. The company plans to launch the iPad 2 in the US on March 11, and then follow up with a 25 country release on March 25.