When the Apple Pencil is attached to the side of an iPad Pro, the iOS 12 system shows the fact that the Pencil attached, that it’s charging, and the status of its current battery. If it’s full, it’ll say 100%, if it’s empty, it’ll be red or blank. The lightning symbol indicates that charging is occurring. 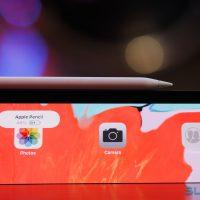 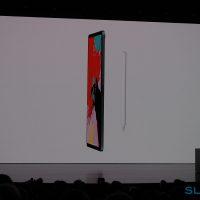 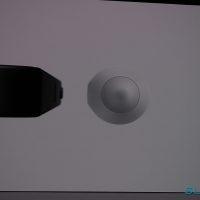 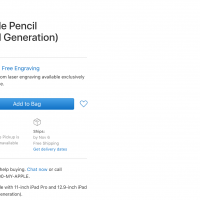 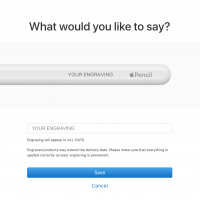 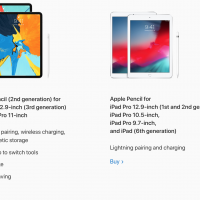 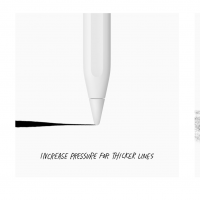 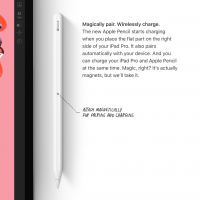 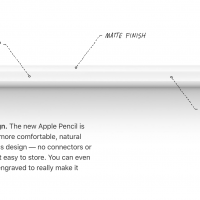 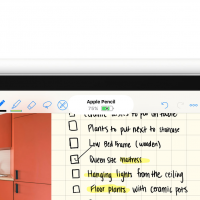 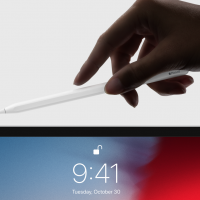 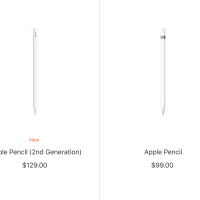 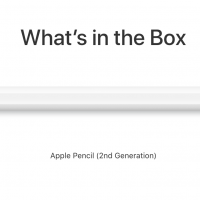 This new Apple Pencil has no removable bumper on its rear end. It does not appear to need any port or jack at all. This is a very, very welcome change from the first Apple Pencil which had a few odd accessories and/or easy-to-lose parts as a result of its wired connection requirements. The back end had a cap, magnetically attached but easy to lose. There was also a Lightning-to-Lightning connector dongle thingy which was also very, very easy to misplace.

But no longer! This new Apple Pencil works just as good as its predecessor, this time using a totally wireless system to get power and stay connected. This Apple Pencil works with iOS 12 to include some new gesture controls – like a double-tap to change tools.

You can choose to get a free laser engraving on this Apple Pencil through the Apple Store online. This is included ONLY with the online Apple Store and might not last forever. It’ll also increase shipping time, more than likely.

This version of the Apple Pencil only works with the two newest iPad Pro units – the two with flat sides and Face ID and no home button. It does not work with previous versions of the iPad. That’s pretty weird, considering Apple made a big deal of the most recent iPad (non-pro) working with the previous Apple Pencil – but maybe they’ll just keep selling both!