We can discover a lot of interesting stuff by looking at patent filings, and a new patent from Apple definitely falls within that category. At first blush, the drawings in the patent seem to show a device that looks just like a regular old laptop. The major difference, though, is that the laptop can’t operate without some kind of host device attached – in this case, an iPhone that’s slotted in where the laptop’s trackpad would traditionally be. 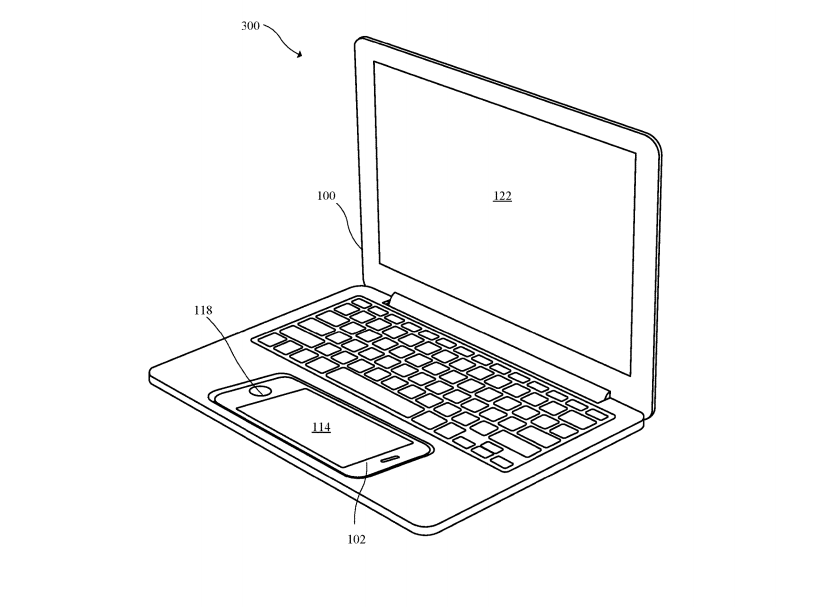 Beyond that, the accessory device could feature a battery of its own, which would be used to charge the connected iOS device while its docked. Obviously, the accessory would serve to give the attached iPhone a larger display and a physical keyboard for times when you need more than a touch screen display.

Things get particularly crazy, though, when you look at other drawings that show housing suitable for an iPad. The iPhone has been replaced with a traditional trackpad, while the iPad has taken the spot of a built-in display. Apple envisions numerous ways for the host device to transfer data to the accessory as well, whether that’s a wired connection used by the dock itself, or a wireless connection over something like Bluetooth or WiFi. 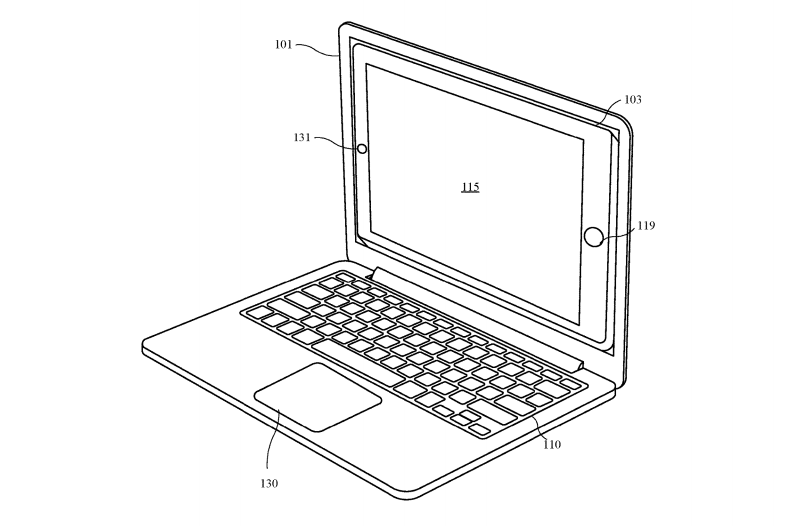 Keep in mind that most patents never see the light of day as a retail product, and in the end, Apple – which has its own line of notebooks – could very well decide to never pursue this accessory beyond the patent filing. Still, it’s an interesting device to be sure, and it could be something for Apple to introduce if computer sales continue to fall.

If you’d like to delve deeper into Apple’s patent filing (application 20170083048) to see all of the usage scenarios it suggests for this device, hit up the source link below.