Has Apple truly embraced the stylus after years of ignoring, if not deriding, it? If this recently published patent filed back in 2014 is any indicator, it could very well be the case. Still referred to as “the stylus” in the document, the patent reveals Apple’s ideas for an even more advanced version of the Apple Pencil. While most of the images demonstrate such a stylus working on a display device like an iPad, there are some that do show it working on what is most likely a Mac trackpad.

The version of the stylus presented is a lot more advanced than the current Apple Pencil that we have, which isn’t exactly surprising considering this is just a patent after all. In a nutshell, the stylus is used for more than just scribbling or drawing and is loaded with sensors, particularly inertial sensors, that extend its functionality to even gaming.

If the latter seems weird for a stylus, think of using it as something akin to a joystick. The inertial sensor delivers data beyond the simple contact with the screen and can be used to determine the orientation, direction, and rotation of the stylus. It can be used for more than just a gaming joystick, of course. It can also be employed to implement an “air mouse mode”, like when giving presentations, or a rotation controller for manipulating 3D objects on a screen. 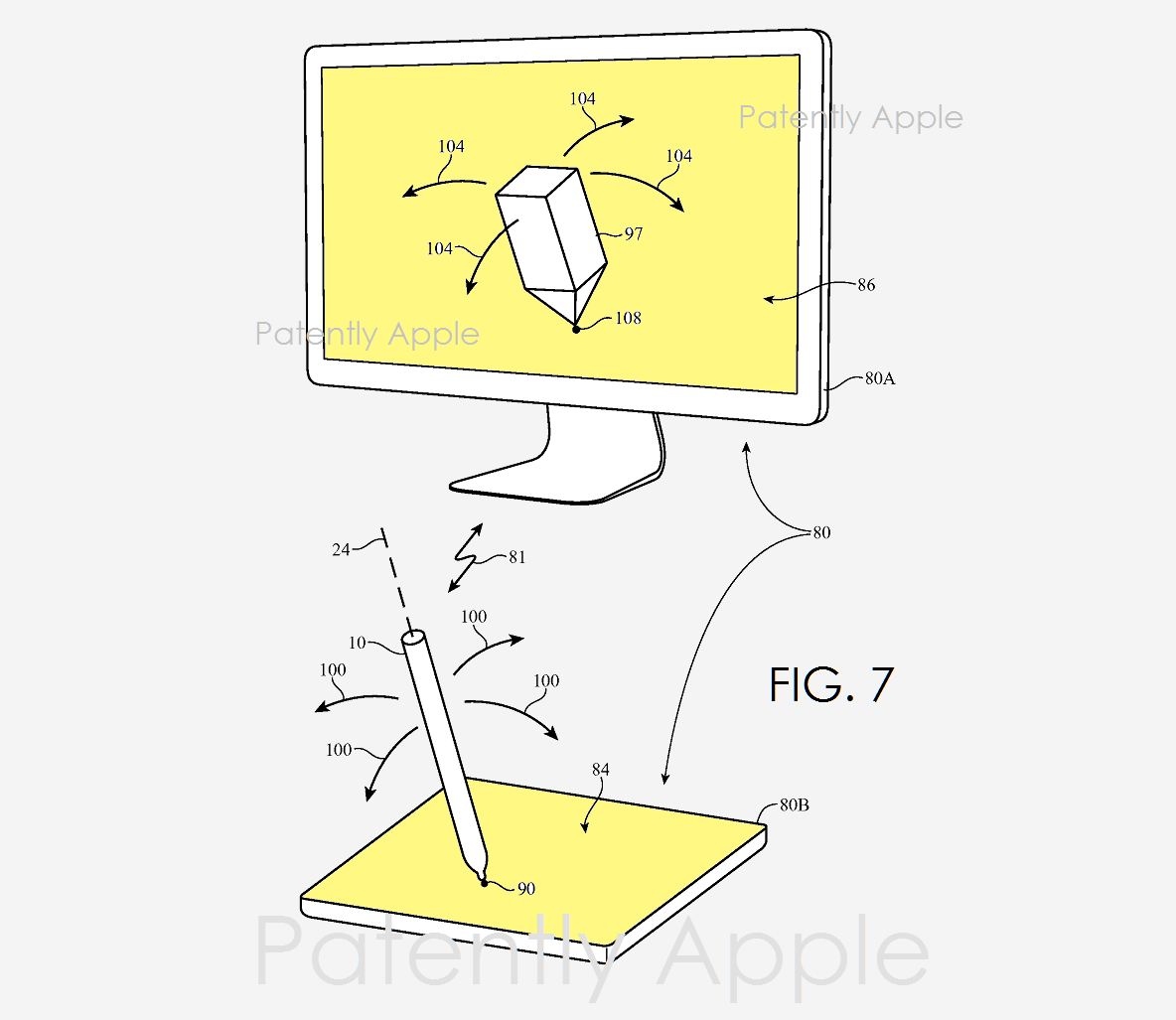 Equally interesting is where the stylus could be used. Obviously there is the common case of an iPad but there are also images of it being used together with a Mac. It could very well be an iPad connected to a Mac and acting as a sort of drawing tablet (much like Wacom’s non-display tablets), but there is also equal opportunity for a new type of trackpad that will support these features. 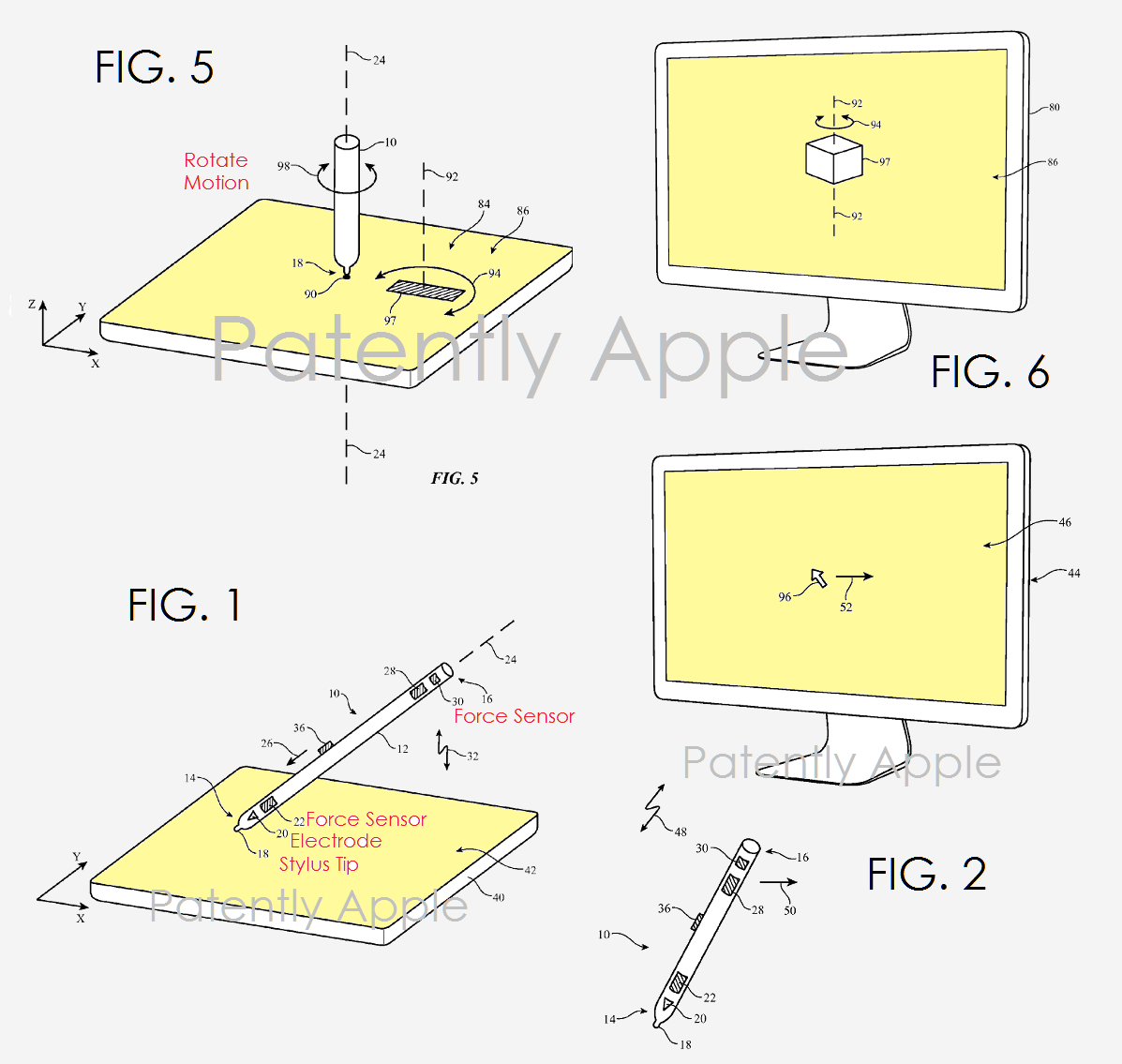 Of course, this is just a patent, so there is no assurance that it will turn into a product, whether in the near or distant future. It is still interesting to see that, at least initially, Apple had a lot more imagined for the Apple Pencil than simply a stylus like any other.