Apple opens test lab to show how products are perfected

It would appear that Apple is heading in a direction that would suggest openness – that is, according to their most recent opening of labs. Working with the folks at Backchannel, Apple has shown off a set of images and details that suggest they (still) take product testing seriously. Above-and-beyond seriously, testing not only the look and feel of the products they create, but the sound. And not just the sound for loudness – they’re making certain their mouse hits the right note when it clicks one way or the other.

We could attempt to identify all of the test machines we see in the photos captured in Apple’s opened lab – or labs – but we’re only interested in a couple. One is the Ultimaker 2, a 3D printer that specializes in printing objects taller than your average 3D printer. The other is a MakerBot Replicator 2 – and in fact Apple has several of these machines lined up next to one another, the whole lot meant to create structures on which devices can lean to test elements of friction – sliding around and whatnot. 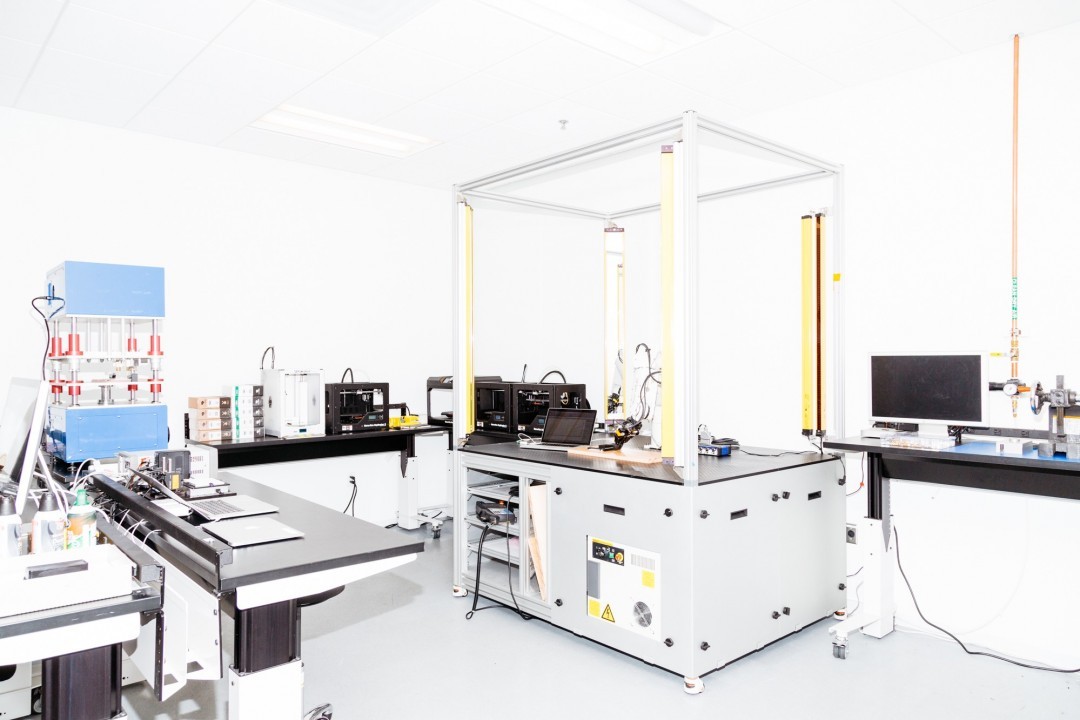 This tiny room is part of Apple’s Input Design Lab, also known as Vallco Parkway (for one reason or another), made to test Apple’s design prototypes. Here the newest in new products are tested and refined. Here production-level designs are also tested from time to time for quality assurance.

This isn’t the only lab of its kind, of course. We saw similar setups several years ago at HP’s Elite labs – where buttons were pressed by robots and sound-proof rooms were also used to test the acoustics of machines of all sorts. 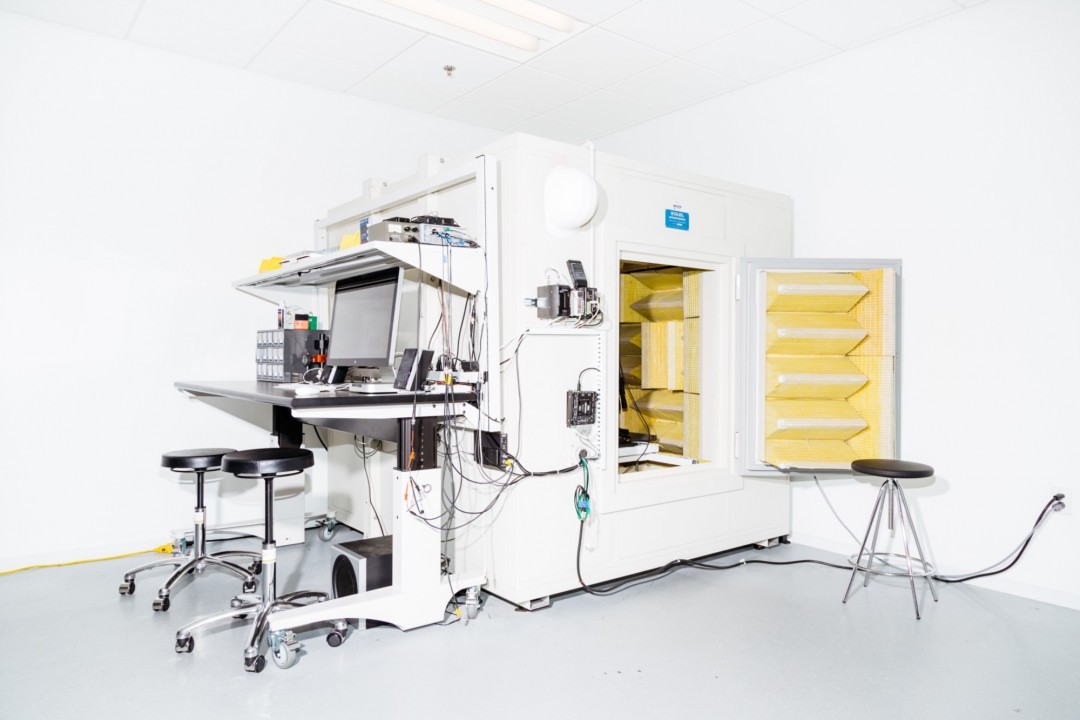 This lab was likely the test bed for each of Apple’s newest products, including the new 4K iMac, Magic Trackpad 2, and new Magic Mouse.