Let it not be said that Apple doesn’t know how to turn a profit. In the fourth quarter of 2017, iPhone X accounted for 35% of handset profit share worldwide. Thats more than a third of the profit generated in the entire world by mobile phone sales – all for iPhone X. One must go down to the 6th spot on the topmost smartphone model profit share chart to find a device not made by Apple.

Reported information here comes from Counterpoint’s Q4 2017 report on smartphone profits and revenue. Counterpoint does extensive work with smartphone parts cost projections and analysis, and reports on the entire industry in said quarterly tracking. The numbers this quarter, for the last three months of 2017, show Apple in a significant lead over all other brands. 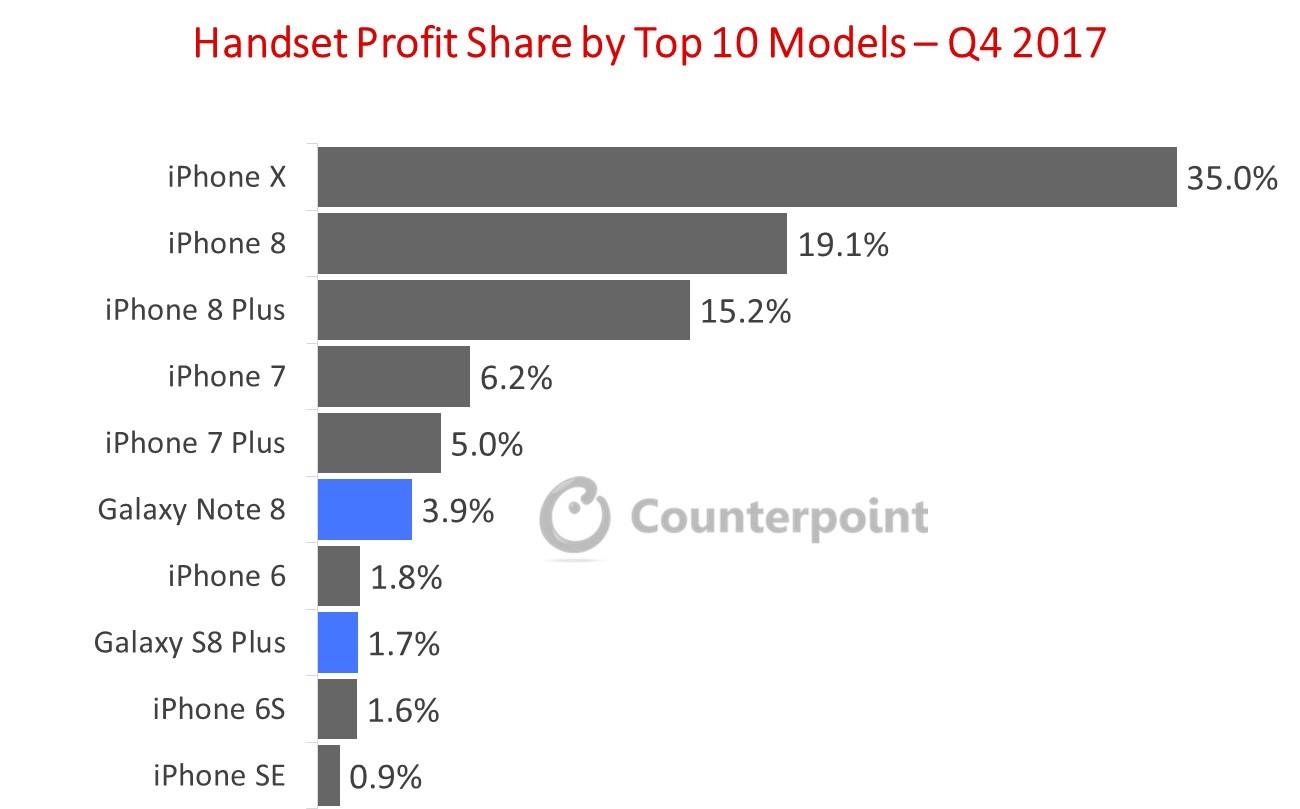 Above you’ll see several factoids from the fourth quarter of 2017 in the smartphone market worldwide. As Counterpoint’s methodology report states, the company uses supply chain interviews and their own Bill of Materials tracker to dive in on the numbers. While hundreds of smartphone manufacturers were and are tracked and reported on, the top 10 tells a single story. Apple and Samsung dominate the game, and nobody else is even close.