The decision by Apple to use USB-C as the 12-inch Retina MacBook’s sole port has been a fairly controversial one among users, but one of the biggest tradeoffs was to forgo the MagSafe power adapter found on other MacBook models, which allows the magnetic end of the cable to just pop off at any sign of a pull. Instead, with USB-C, there is a male connector physically plugged into a female port, so if a user trips over the cable, the laptop goes with it. Thankfully, accessories maker Griffin has just unveiled a USB-C power cable that perfectly replicates MagSafe.

Griffin’s BreakSafe Magnetic USB-C Power Cable made its debut at CES 2016 today, featuring a length of 6 feet and a magnetic break away point on the end that connects to the MacBook. The USB-C end of the cable can basically be separated into two parts: one with cable attached and a magnetic connector, and other in the form of a 12.8mm dongle that would stay in the laptop’s port during a break away. 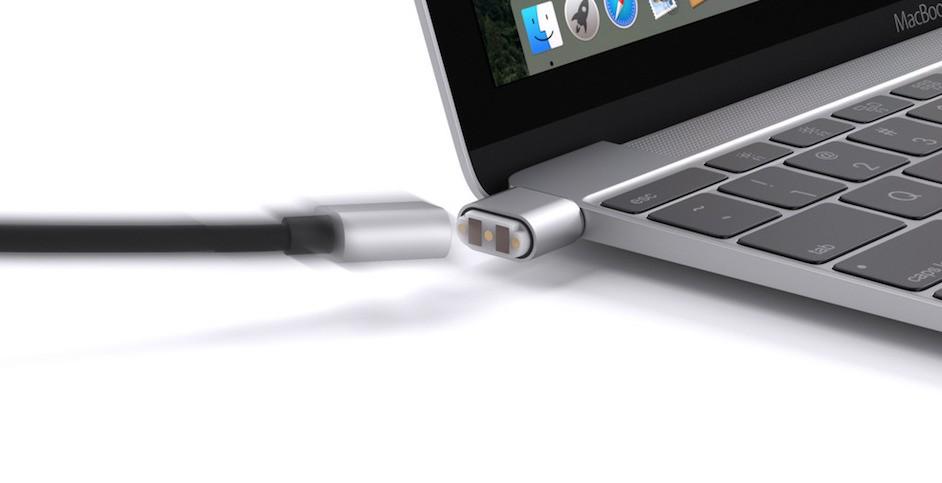 Griffin says that because the dongle part doesn’t stick out very far, it can easily be left in the USB-C port, which could be handy when it comes time to pack up the MacBook to travel or move around between charges. In reality, users will likely need to remove the connector at some point in order to access that lonely port.

But the benefit of not having to worry about the laptop crashing to the floor if the charging cable is tripped over make the $39.99 asking price seem well worth it. Too bad we have to wait until April for the BreakSafe cable’s release.