No, the new MacBook (and its single USB-C) isn’t for everyone

More controversial than the keyboard, more divisive than the battery life: the thing that’s causing the greatest number of arguments about the new Retina MacBook is its paucity of ports. A single USB-C on the left side of the notebook isn’t, as Vincent observed in our own review of the 2015 MacBook, a deal breaker, but not everyone is quite so ready to be convinced. It’s a legitimate concern, even if in the grand history of tech it’s not a new one.

Apple’s minimalism is partly a side-effect of trying to build the skinniest, most power-sipping laptop possible, and another part “Grand Scheme” thinking. Sure, a second USB-C – a technology which can handle not only data, but hook up displays and even charge the MacBook – would’ve been a nice addition, but that’s just how the Cupertino designers and engineers made it.

So, you live with it, or you buy something else. 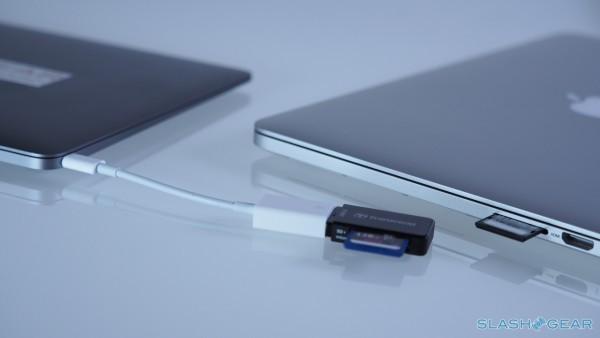 Living with it involves dongles and adapters, at least during the transition period. I’m not so worried about cost per-se – since USB-C is an industry-wide standard, not something any one company controls, I don’t have concerns of price-gouging – and I think that the standardization means we’ll see faster adoption than, say, Lightning or even Thunderbolt.

Dongles may not be the most elegant aspect of mobile computing, but in many ways they’re unavoidable. I currently carry around a 15-inch MacBook Pro, and always have a Thunderbolt to Ethernet adapter in my bag: sure, most of the time WiFi is sufficient, but there’ll occasionally be a point where a wired connection is faster, more practical, or simply the only option. 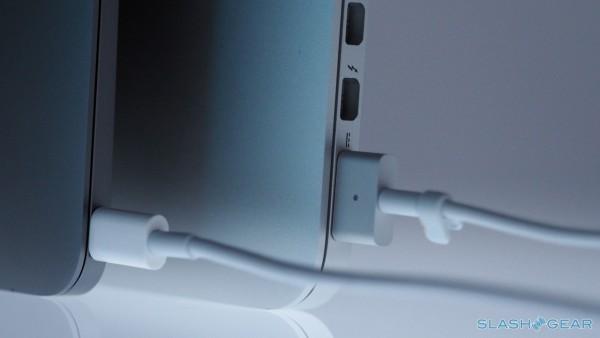 Am I ready to do the same for the outgoing USB port? At first glance it’s hard to imagine, though when I really think about it, there’s a limited number of things I’m found commonly plugging in. USB sticks and an SD card from my camera are probably the most frequent.

On the desktop, meanwhile, I rely on an iMac rather than plugging my MacBook Pro into an external monitor. Dropbox and other cloud services keep all of my files up to date across both machines. If I use a mouse, it’s Bluetooth not wired.

Most galling then, personally speaking, is the fact that Apple doesn’t include even the USB-C to USB adapter in the box. That seems a little miserly, to ask an extra $19 on top of a $1,299+ laptop, when it’s frankly impossible to imagine any MacBook buyer not needing to plug at least one old-school USB device in. 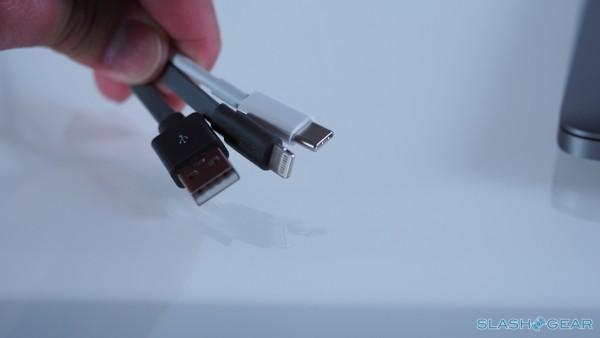 After all, right now there’s no such thing as a USB to Lightning cable, so even Apple’s own phones and tablets need a dongle if you’re not content with a wireless link.

Am I a niche user considering a laptop made for niche users? Certainly. For me, a dongle or two in my bag is preferable to a heavier computer overall. I’m not saying that’ll be the case for you, but I can weigh the compromises involved and decide that, like giving up on optical media, I’m at a place where I can make the leap to USB-C and all that entails. 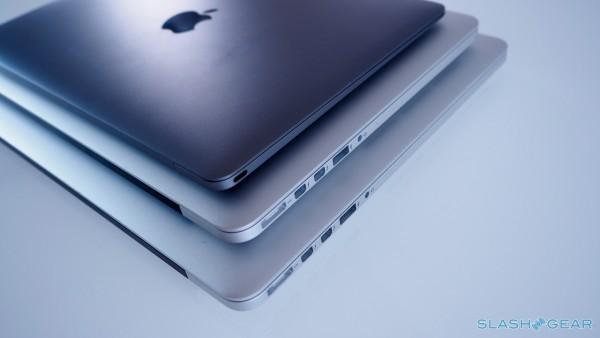 Make no mistake, though, this is the direction Apple is headed, and other products will only fall in line in future. Just as earlier Macs did away with optical drives, and slimmed the number of ports down in favor of multifunctional ones like USB, so the chase for “one socket to rule them all” is almost certain to spread across the MacBook Air, MacBook Pro, and onto the desktop.

Is the new MacBook the laptop for you? Possibly not if, as Vincent pointed out, you have a bag or desk full of legacy devices you want to hook up. The lessons Apple learns from it will proliferate through the Mac range, though; USB-C specifically is meanwhile showing up on machines from other manufacturers already, so even if you’re not an OS X fan it’ll be something you need to consider eventually.

Early adoption isn’t for everybody. Neither is it always headache or compromise free. It’s the reason why the new MacBook sits alongside – rather than replacing – the MacBook Air and 13-inch MacBook Pro: some people will buy it, but nowhere near every Mac lover. Happily, a little patience and many more will get to enjoy the fruits of Apple’s research.