Apple‘s future MacBook Pro keyboards could pack displays, haptic feedback, and capacitive touch sensors in each key, with the company filing a patent for multifunction buttons that could bring Optimus Maximus style flexibility. The filing, “Multi-Functional Keyboard Assemblies,” describes component-dense keycaps which layer not only the regular mechanical switch but can include capacitive sensors as would normally be found in the trackpad, or displays for changing each key’s legend.

The tiny capacitive sensors would allow the keys to recognize things like strokes and gestures, but would also give Apple a new sense of how much pressure they were being pressed with. That would particularly enrich the amount of data each key delivered to OS X, versus the current on/off action of traditional keyboard buttons.

However, by combining the data from all of the adjacent keys, Apple could in effect turn the whole keyboard into a huge trackpad, and do away with the existing, separate trackpad entirely, the patent filing suggests.

Apple’s documentation also points out that haptic feedback could be added to the keys, allowing them to communicate via touch-feel to the typist. 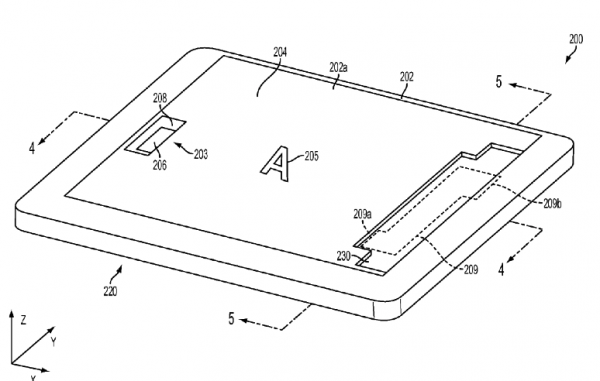 Nonetheless, it’s probably the display technology potential that’s most intriguing. Apple describes a range of possibilities, from new ways to illuminate the fixed graphics on each key, though lighting up different – but still permanent – glyphs per key, depending on keyboard layout.

However, as we’ve seen Art Lebedev Studios attempt before with the Optimus Maximus and other expensive keyboards, Apple also proposes a dynamic keyboard layout, the graphics of which could be changed using a tiny display embedded in each key.

That would allow the actual labeling of the buttons to change if the system language was altered, if Caps Lock was switched on, or if accents and other modifiers were to be applied. It could also change the keyboard more dramatically, such as including app-specific controls like art tools in Photoshop or editing keys in iMovie.

Of course, a patent filing doesn’t necessarily signal an actual shipping feature is coming any time soon, but it’s not the first time we’ve seen Apple experimenting with at least theoretical ways to change input and text-entry. Back in 2011 the company filed for a full-hand multitouch control surface, for instance, in addition to a motion-sensing keyboard. 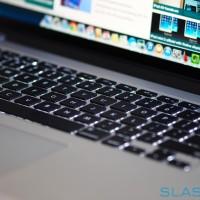 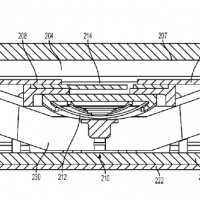 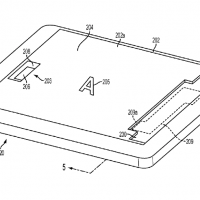 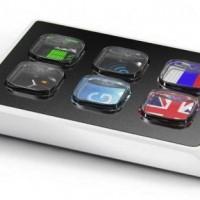