Apple has patented an iPhone design that borrows the Mac Pro’s eye-catching machined 3D structure, though the distinctive aesthetic would be for more than just familial resemblance. Launched in late 2019, the third-generation Mac Pro studded its fascia with an array of complex ventilation holes, which Apple said considerably improved cooling performance.

They also, quite frankly, looked deeply cool. Resembling a 3D carved sphere within a circular opening, or perhaps some type of futuristic blade, the mesh may have prompted some comparisons to a cheese grater but it certainly got people talking in a way that tower PCs usually usually don’t. 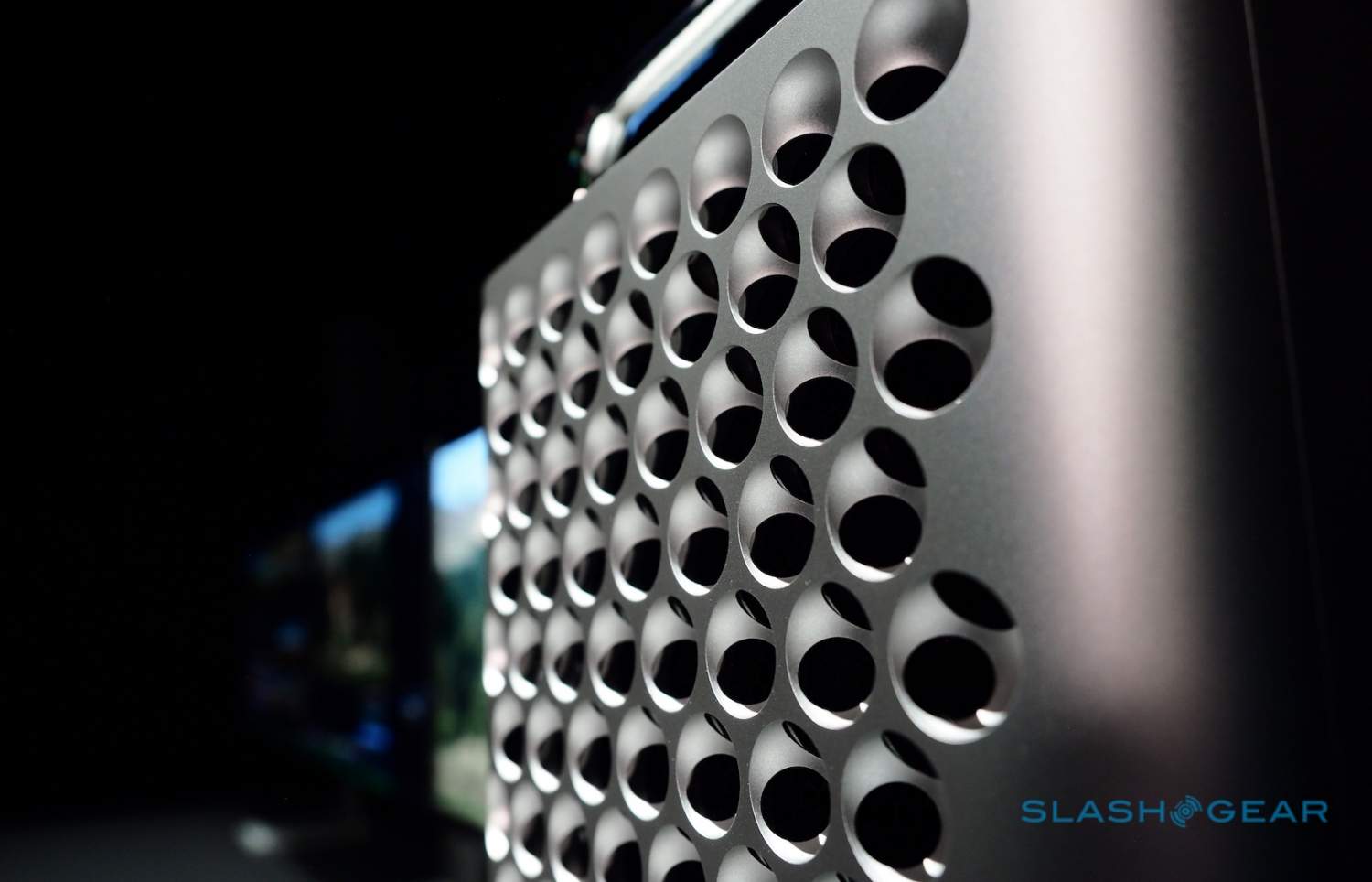 Now, a newly granted design patent suggests Apple has at least considered doing something similar for iPhone. It would be, arguably, the biggest style departure for the smartphone series since the transition away from the iPhone 5s aesthetic. It’d also, quite probably, be as controversial as that was. 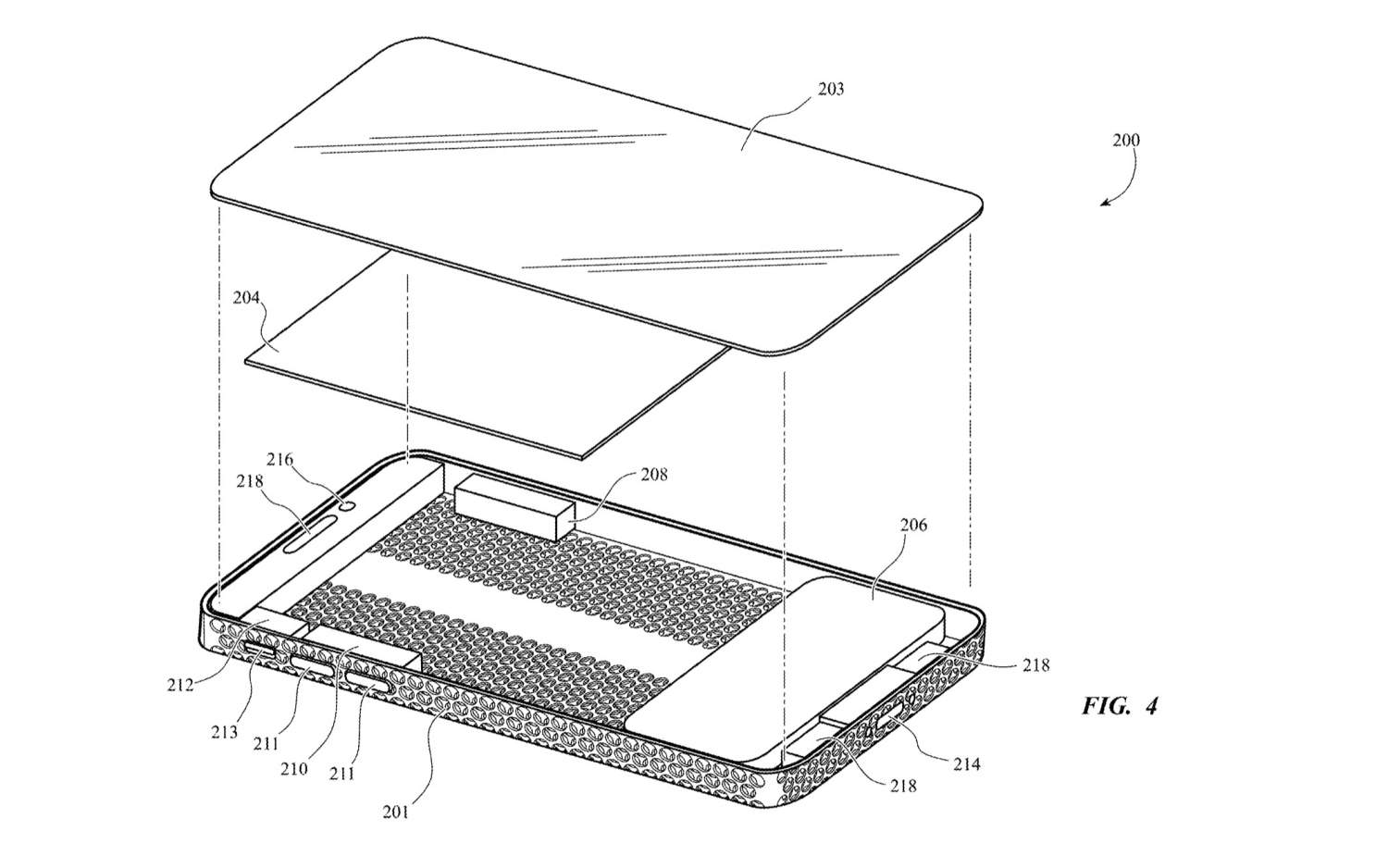 Simply titled “Housing construction,” the patent spotted by PatentlyApple describes that 3D mesh applied to a much smaller device. “The three-dimensional structure can include the body defining a first pattern of first cavities extending into the body from the first surface and the body defining a second pattern of second cavities extending into the body from the second surface,” Apple explains. “One or more first cavities can eccentrically intersect with one or more second cavities to define a pattern of apertures in the body.”

The description may be dry, but the images – which were filed in mid-April 2020 – certainly show what the Cupertino firm has in mind. The sides and rear of the iPhone would be covered in a far smaller rendition of the grille, the holes made relatively tiny in order to fit onto a hand-scale gadget. 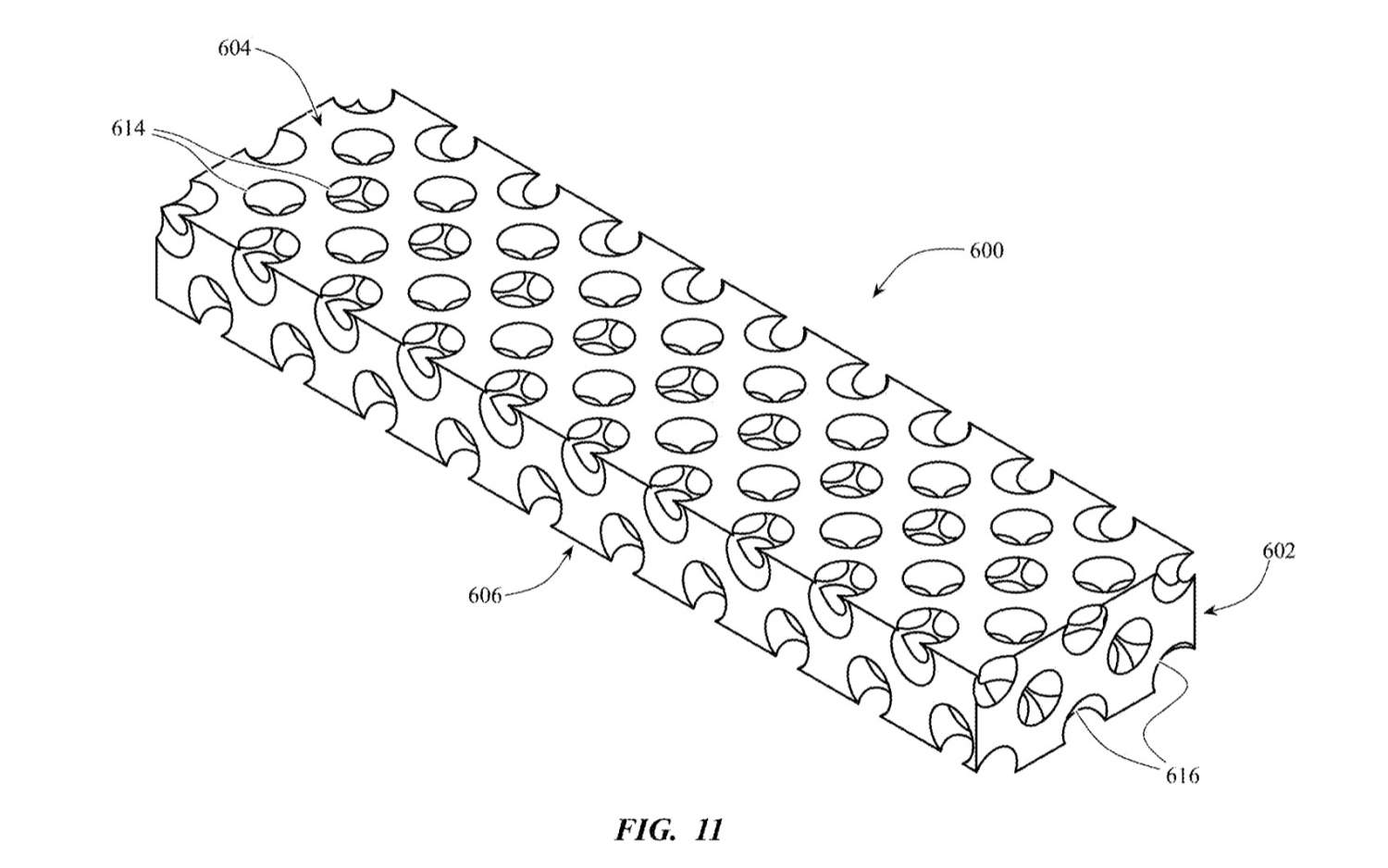 Cutaways of the mesh show why Apple is so enamored of it. As on the Mac Pro, it prevents fingers and other items from getting through to the sensitive internal components, but at the same time maximizing airflow.

For a potent desktop computer, that means the ability to run the hardware inside at even faster speeds, and the same holds true for smartphones. Without active cooling, keeping a mobile chipset sufficiently cool while maximizing performance is a tricky balance. Too much heat, and your iPhone will get slow and then crash altogether. 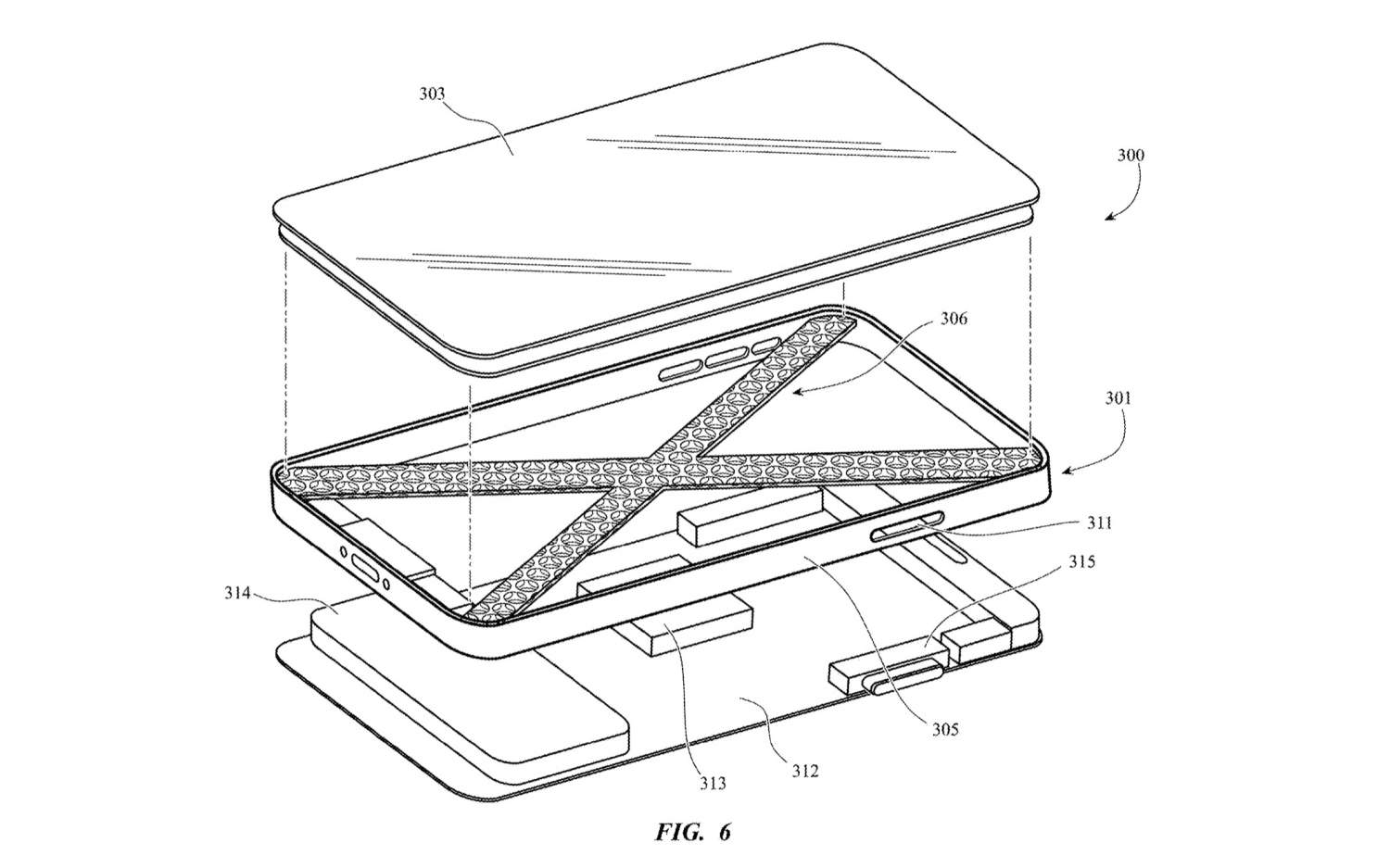 To address that, Apple is forced to throttle down the CPU, GPU, and other components during prolonged workloads. Better cooling might allow it to delay those mitigation measures a little longer. Another version apparently positions the mesh system inside, improving airflow but allowing for a more traditional look.

Of course, the downside might be how it feels in your hand. The Mac Pro looks slick, but you don’t have to hold it: in contrast, the mesh Apple has in mind could end up being a little too much like that cheese grater people joke about it resembling. That fact alone could be a reason why – like with so many patents – Apple could easily decide not to go any further with this one than the drawing board. That’s not to say it’s a deal-breaker, but it would definitely need some careful machining in order to deliver cooling (and style) advantages without making a mess of your palm.