Apple HomePod: Here’s how easy getting started is

If Apple gets anything pitch-perfect with HomePod, its new smart speaker, it’s the setup process. We’ve got our hands on the Apple Music streaming speaker ahead of its public launch, and have been wasting no time running some of our favorite tracks through it to see how it holds up to alternatives like Sonos and Amazon’s Echo. All the same, what already sets HomePod apart is just how easy it is to set up.

If you’ve used Apple’s AirPods, the initial HomePod experience won’t be too unfamiliar. Plug the speaker in, unlock your iPhone – or iPad, or iPod touch – and hold it nearby, and a dialog box pops up showing the nearby HomePod. Tap setup, and there are just a few steps to go through.

First, you need to tell HomePod which room it’s going to be placed in. Then, you choose whether or not to give it Personal Requests permissions. That’s what allows Siri on the HomePod to remotely use your iPhone to send and receive Messages, access your calendar and schedule new appointments, and add to and read your to-do list.

It only works if the iPhone is on the same WiFi network as HomePod at the time, and you don’t need to allow Personal Requests permissions just to use HomePod as a speakerphone. What gave me pause, though, is the fact that Siri on HomePod doesn’t differentiate between voices: if you’ve granted access to your Messages, for example, anybody within microphone range can ask to hear them, or send one under your name.

Obviously there’s a security issue there, since it effectively bypasses Face ID or Touch ID on your iPhone or iPad. It’s also frustrating if you have a multi-person household, since only one person can have their Apple account associated with HomePod in this way, at least right now. I’d be very surprised if Apple wasn’t working on multi-user support that’s able to recognize who’s talking by their voice – after all, Siri on iPhone can differentiate between your voice and someone else’s, and only respond to you – but it’s unclear when that might arrive. For now, you can either leave Personal Requests turned off, or try it out when you first get HomePod and then disable it in the settings later.

Next in the setup, you have to give Siri permission to listen out for the “Hey Siri” trigger phrase. Again, you can turn that off, though unlike on an Amazon Echo or Google Home there’s no hardware button to do so on HomePod. Instead, you can ask Siri to stop listening, or switch it off manually in the HomePod settings. If you want Siri to listen again, you can toggle it back on through that settings page, or long-press the touch-sensitive top of HomePod to trigger Siri manually and ask for listening to be enabled once more. 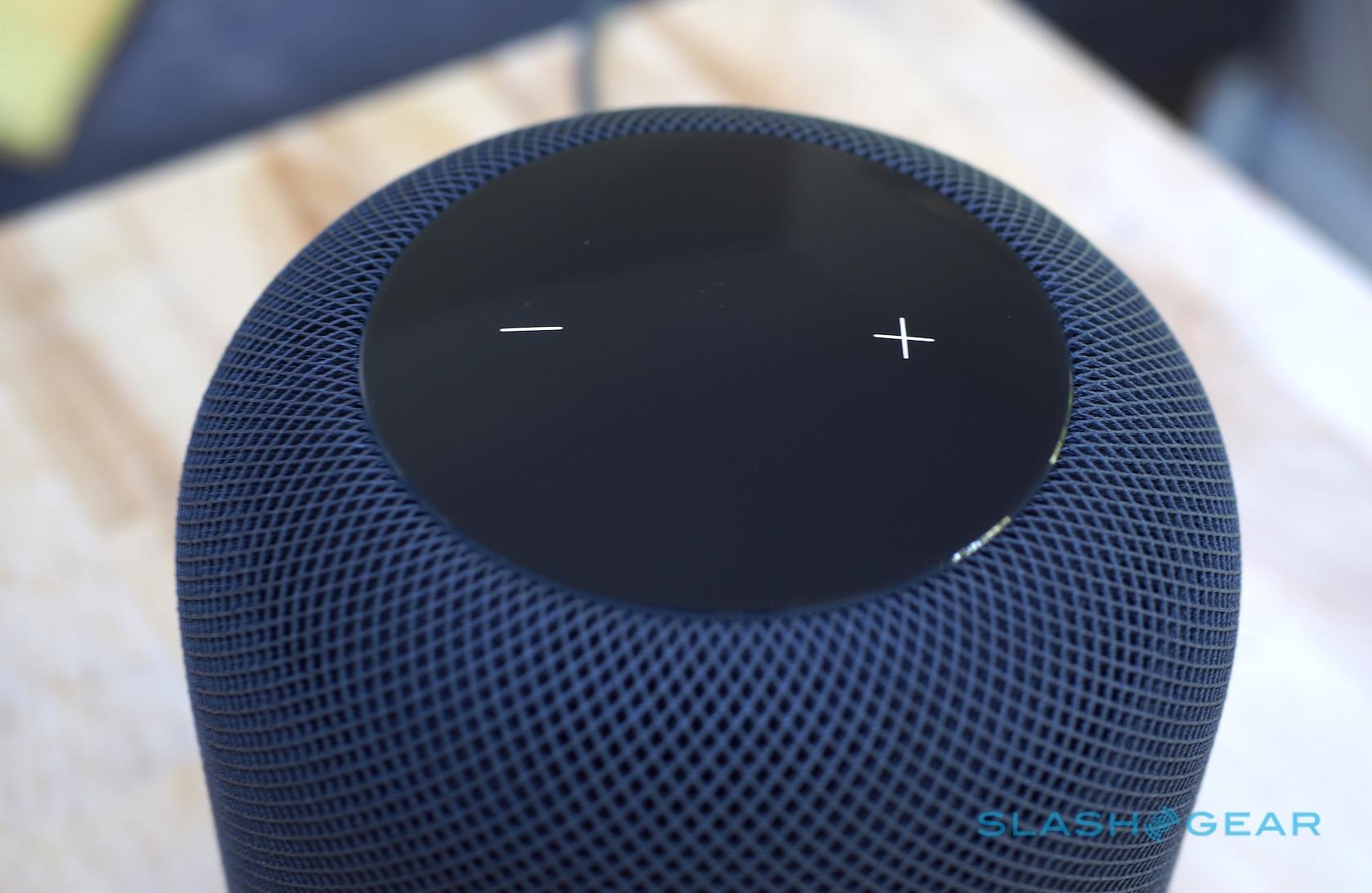 Finally comes transferring accounts and settings. At that point, HomePod gobbles up all the WiFi network, Apple ID, Apple Music account details, Siri settings, and other configurations and preferences from your iPhone. It takes about a minute or so to do that, after which the HomePod makes a charming “bong!” noise and Siri starts walking you through some of what the smart speaker can do.

Beyond just playing music, that includes controlling your HomeKit smart home devices, and reading out news and weather reports. You can ask for different news sources, if the default NPR isn’t to your taste. Of course, the main purpose for HomePod is Apple Music playback, and that’s what Siri suggests you try first, picking a custom radio station that’s generated from your listening history. 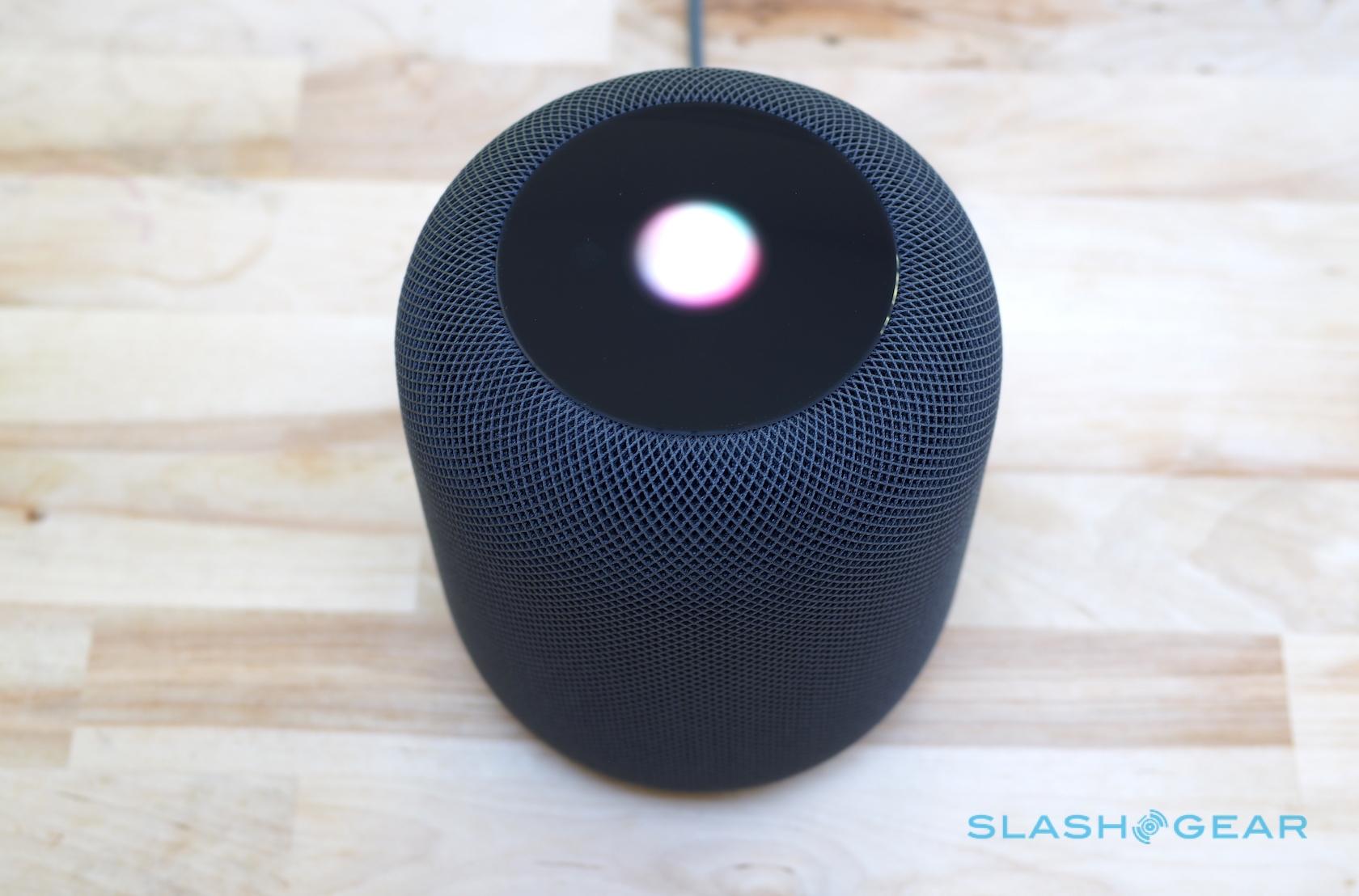 As smart speaker configuration processes go, it’s one of the slickest around. Apple’s tight integration with the W1 Bluetooth chipset continues to show its worth, building on the smooth experience of the AirPods and extending that to a device that could’ve been a lot more complex. Not having to choose a WiFi network manually, or punch in account credentials, makes the whole thing a lot easier and less frustrating.

Of course, there are a few lingering questions. When multi-room HomePod support arrives later this year, and the ability to pair two speakers together into a stereo pair, that will presumably require new steps to be added into the setup process. Similarly, as you may have noticed, Apple Music is your only in-built music service of choice: if you want to use, say, Spotify, you’ll have to stream that from an iOS or macOS device, using AirPlay.

As for how HomePod sounds, we’ll be going through that in our full review of the speaker, coming soon. We’ll also be comparing it to some of the popular alternatives on the market, including models from Amazon, Sonos, and more. Stay tuned for that!