Apple hiring for iTunes, could be for over-the-top streaming service

While nothing is confirmed or known beyond some strong rumors, Apple’s streaming music service is probably incoming. Though late to the game, Apple still sits on the iTunes library, which is the most attractive ‘get’ for streaming fans. Their Beats acquisition gave an early signal on Apple’s intent, as it was the most glamorous acquihire by any tech company, ever. Now, a new job posting has us scratching our heads again, as Apple is searching for an editor with strong connections to the music industry.

Before we get too tucked in, here’s who Apple wants:

iTunes is looking for an editorial producer with experience across pop culture and a specific expertise in music journalism. This full-time position is split between editorial and producing duties. The editorial duties focus on writing, editing, managing a sea of freelancers, and working collaboratively with business and content heads to shape and define editorially driven merchandising promotions. As far as producing, this role will also focus on special projects and promotions, making sure all parties understand the timelines and deliverables associated with getting these pages live, and making sure we execute flawlessly and on time.

Apple goes on to note they prefer someone with “deep contacts in the freelance world with writers who can cover the spectrum of pop culture” who will be “writing lively copy with personality and verve that still adheres to the Apple brand”. The job is based in London.

From this job posting, we can assume that if this person were to work for Apple’s streaming service, this new service could be branded as iTunes (though it may also fall under the guidance of Apple’s iTunes branch). 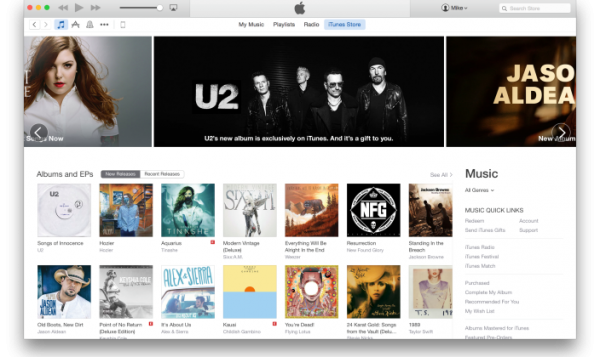 We’re also wondering if Apple has more than streaming in mind. An editor with management of freelance writers suggests there will be some sort of social aspect, or perhaps a new website like a Rolling Stone. Apple could be working on an in-house music review platform, too. Who knows.

For now, we don’t know — only Apple does. What we can glean from this is that they’re lining up much more than ‘just’ a streaming service, so if that $8/month price point we heard about before is any indication, this might actually be the killer service we’d expected. And then some.