Apple continues to blur the lines between macOS and iOS, and while there’s no foldable touchscreen Mac that runs apps from both platforms quite yet, that just leaves concepts to whet our appetites for such an update. Apple is expected to further detail Marzipan, its project to allow iOS apps to run on macOS computers, at WWDC 2019 this year, opening up the system to third-party developers.

You can already get a taste of Marzipan today, albeit in an early form. Apple used its system for packaging iOS apps for macOS use for several of its own titles on the latest 10.14 Mojave release, in fact, including the Apple News app.

While developers are clearly intrigued by the possibility, for consumers there’s also the question of how touch-centric apps might change Apple’s long-standing attitude against touchscreens on Macs. While the company was instrumental in pushing touchscreen technology for phones, and later expanded that to tablets, it has also maintained that touch on a notebook or desktop would be a misstep. That stance led to the controversial Touch Bar on the MacBook Pro, an interface which failed to satisfy touchscreen fans. 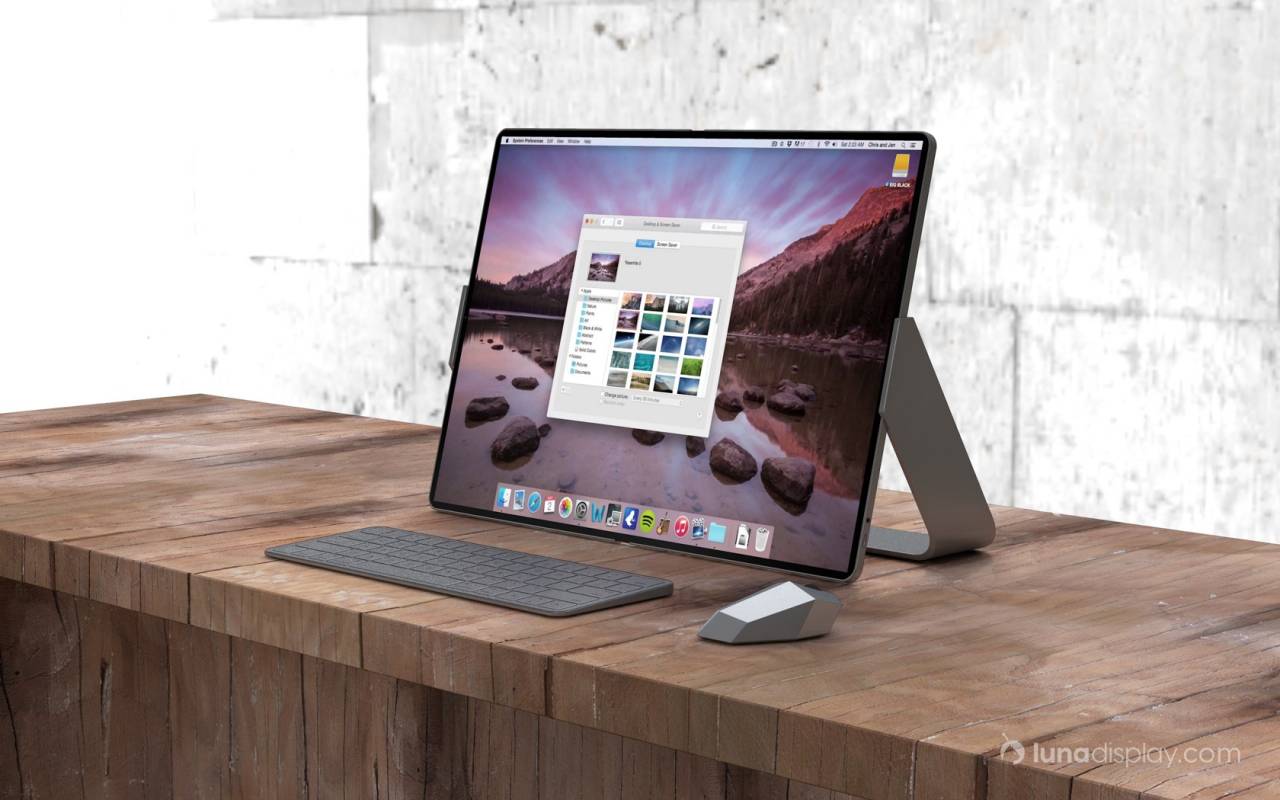 Now, with foldable devices like the Galaxy Fold making headlines, the question of what a foldable, touchscreen Mac and iPad hybrid might look and perform like has prompted some speculation. Luna Display explored the possibility of using an iPad Pro as a wireless touchscreen Mac mini display last year. Now, the company is digging into how its technology could also give an early taste of Marzipan-style touch and the bigger screen of a dual-display foldable.

The concept design is certainly striking. On the one hand, it could be bent along the center to make a more traditional laptop profile, with the lower half of the touchscreen used for text entry or sketching. However it could also be opened out flat, and then used either as an upright display with a stand, or laid out on a table or desk as a Wacom Cintiq-style graphics display or oversized tablet. 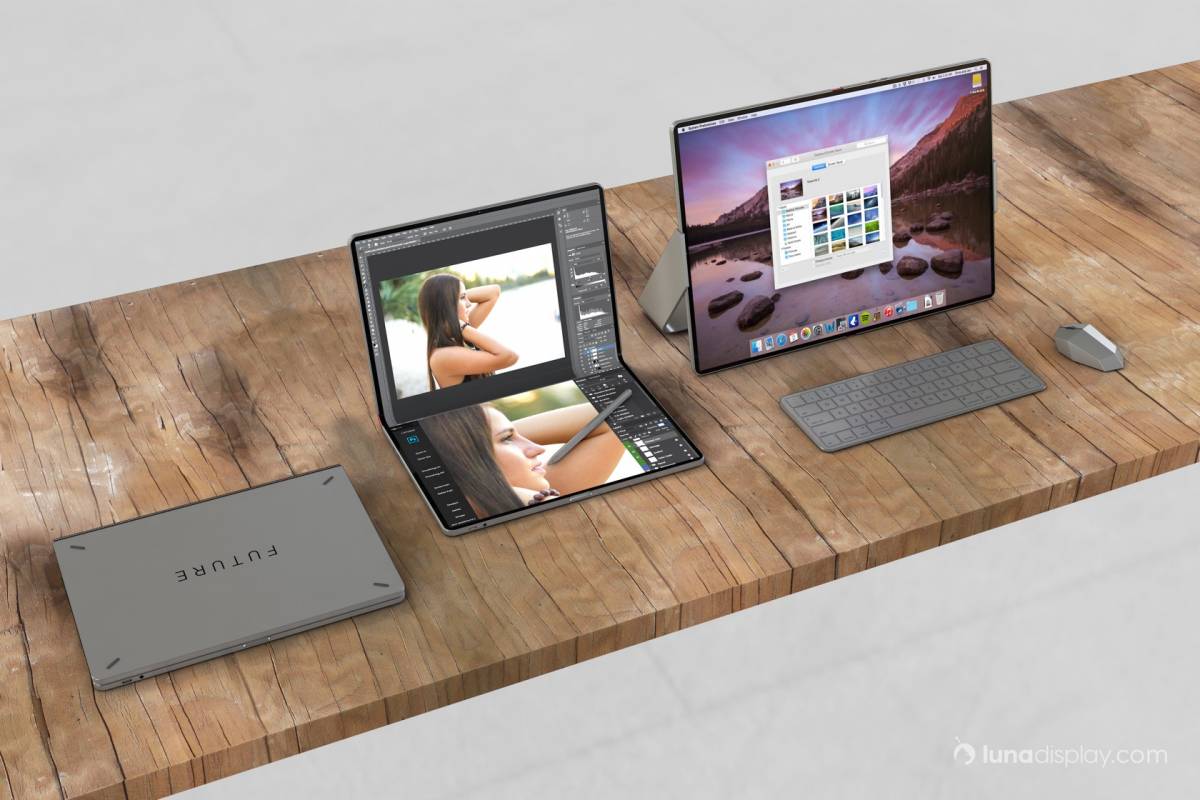 Obviously that would require some new hardware from Apple – and, indeed, foldable displays that don’t break. What Luna Display could put together now, though, was a preview of sorts of such a system. Stacking an iPad Pro 12.9 on top of the keyboard of a MacBook Pro or MacBook Air, then adding its wireless display dongle and software, the tablet can be turned into an extension of the notebook’s display.

That means the ability to drag files – like images or documents to be annotated and signed – down from the main, upper screen, to occupy the iPad Pro’s touchscreen instead. At that point, they can be modified with either the keyboard and mouse as usual, or with a fingertip and Apple Pencil. 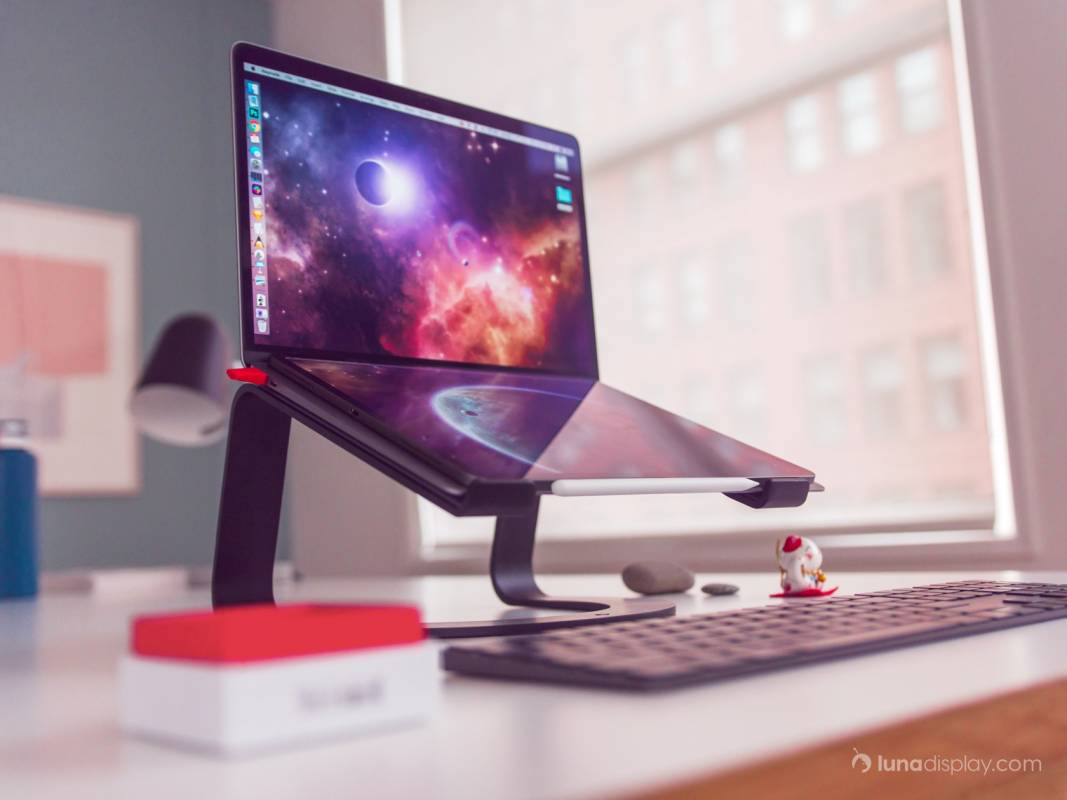 Clearly, this is a long way away from a foldable Mac/iPad hybrid. It’s also interesting in that Luna Display still envisages such a setup being used with a traditional keyboard and mouse, rather than a full touch-based keyboard. While twin-touchscreen MacBook concepts have popped up with relative regularity over the years – and, indeed, several PC notebook manufacturers have actually released such devices, running either Windows or Android – the general consensus is that laptop-style typing on a zero-profile, all-touch keyboard is not a model many would like to move to. 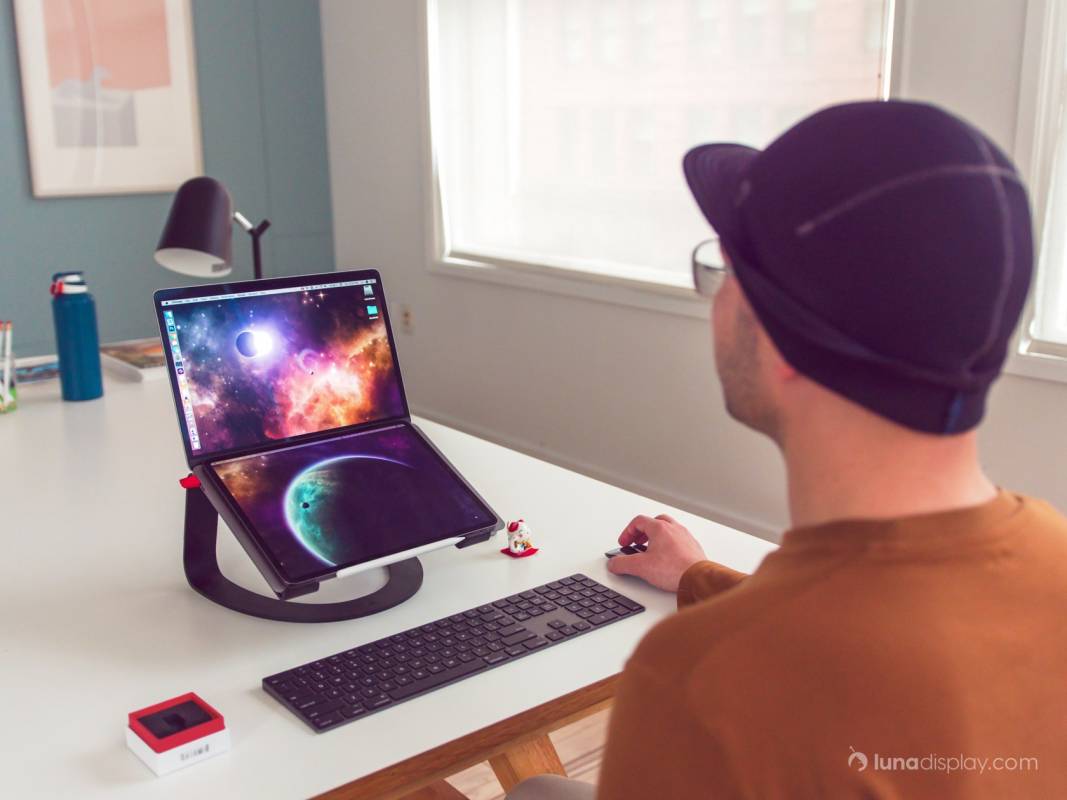 For the moment, we’re still at early days with Marzipan. After Apple confirmed the project last year, it’s expected to start detailing how third-party developers can bring their iOS apps to macOS at WWDC 2019 in early June. Beyond that, there’s the long-standing rumor of Arm-based MacBooks, Apple using its A-series chipsets for laptops rather than Intel silicon.

We’re not there yet, but reports have suggested Apple could have such products ready as soon as 2020. Whether they’ll go further than just a core processor switch – and embrace things like touch – remains to be seen.