Looking for a bargain?  Not interested in (possibly) taking photos with your PMP?  Apple are doing some shelf clearing with an impromptu price slash across their iPod touch range, with the 8GB dumped unceremoniously by $40 to $189.

Apple are expected to announce new iPod touch and iPod nano models within a matter of hours, as part of their September iPod event in San Francisco.  SlashGear will be live-blogging the whole event, so join us at http://live.slashgear.com/ at 10AM PST (1PM New York; 6PM London) for all the news as it happens. 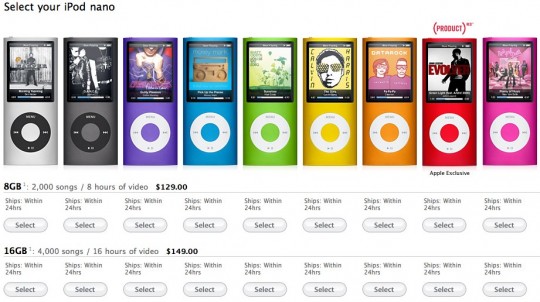