If you’re struggling to use your Apple Card, you’re not alone, with Apple confirming this morning that it’s seeing a widespread outage for its iPhone payment system. The Apple Card outage began at 9:17am ET, the Cupertino company confirmed, and “all users are affected.”

It’s no small issue, either. “Users may not be able to manage their Apple Care, make payments, and may not see recent transactions,” Apple warns. 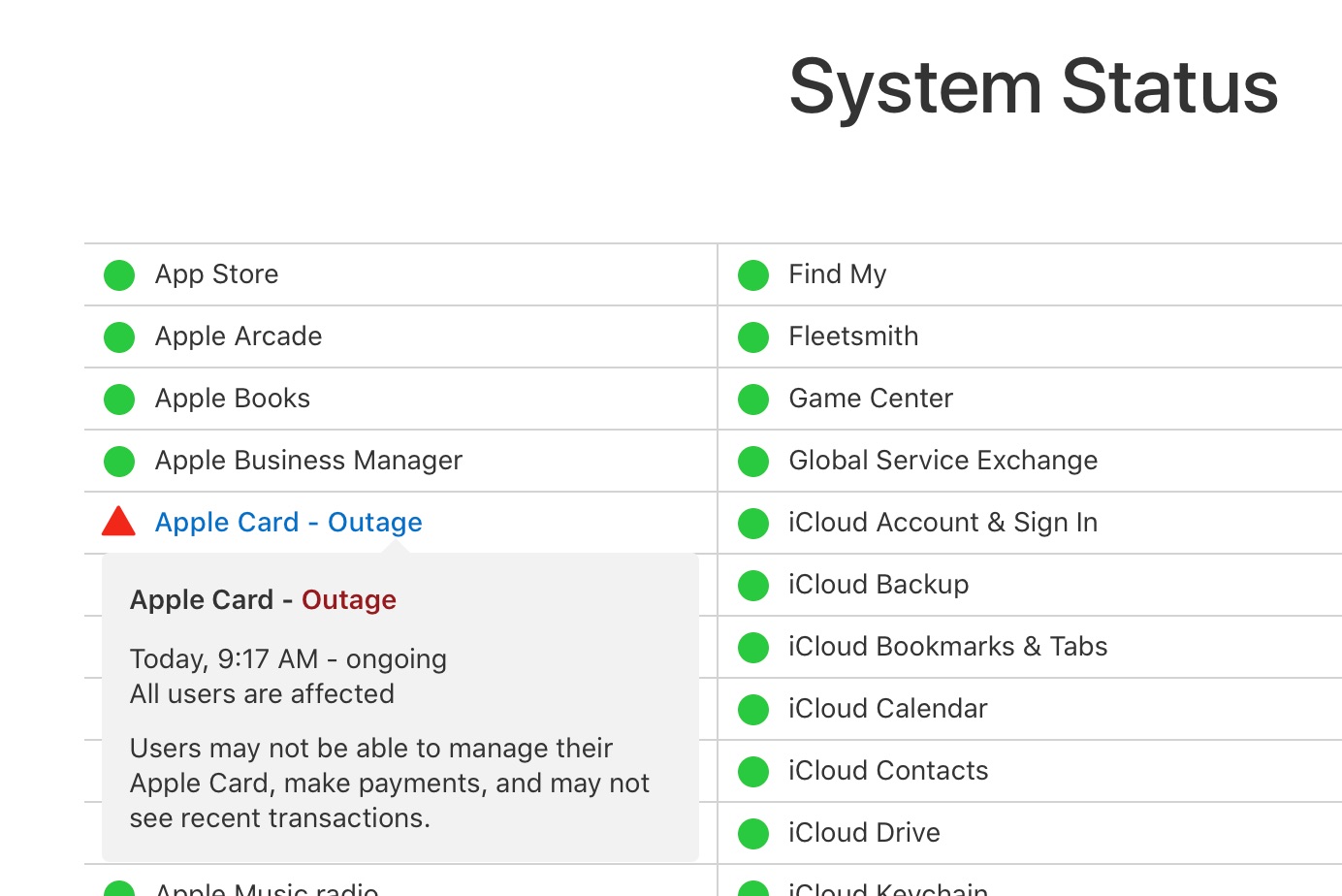 Apple Card launched in mid-2019, as Apple’s take on the traditional wallet. Unlike Apple Pay, it’s a full credit card – issued by partner bank Goldman Sachs – with both a virtual version on the iPhone and a physical backup card. Users can apply directly from their iPhone, and there are features like cashback on purchases and the promise of no fees for things like late payments or foreign transactions.

In May, meanwhile, Apple launched Apple Card Family. That allows multiple people to be granted permissions on the same Apple Card Account, including individuals 13-18 years old. Up to five people can be additional cardholders or co-owners, each contributing to their credit rating, with Apple Card supporting various transaction limits and alerts to help manage finances.

At the moment, though, that functionality may not be accessible to you. It’s unclear what has taken Apple Card offline, but it’s an unfortunate situation to be in if you rely on digital payments for in-person transactions. At this stage it’s not certain whether the physical Apple Card will still be usable in stores, or whether the outage is also impacting that too.

Apple saw a widespread outage of multiple services back in February, with iCloud, iMessage, and iWork all offline for several hours. Backup, Mail, Notes, and Calendar were also impacted, along with Keychain, which synchronizes passwords across devices.

You can monitor the status of today’s Apple Card outage at Apple’s service status page, which the company updates as it works on its issues.

Update: As of 3:19pm ET, Apple says the Apple Card outage is resolved.