Apple and Google’s coronavirus contact tracing system is getting some pre-launch tweaks, with the iOS and Android makers responding to privacy concerns about the new healthcare tool. Announced earlier this month, the collaboration will COVID-19 apps to trace back possible community spread incidents using anonymized Bluetooth logging.

It aims to address one of the most challenging aspects of the current coronavirus pandemic, figuring out just who might have transmitted it to other people. Scientists believe that COVID-19 has a roughly 48 hour period before any symptoms might manifest but during which those infected are contagious to others. More concerning still, a percentage of those people infected are completely asymptomatic: that is, they don’t show any signs of the virus, but are still contagious all the same.

Contact tracing aims to step back through an individual’s movements, and track who they might have come into contact with and – if they later have a positive coronavirus diagnosis – inform those people that they may need to be tested. Google and Apple’s idea was to use a new API for Bluetooth, that would create ongoing logs on users’ phones that stored who they’d been near over the past fourteen days. Should they later come up positive on a COVID-19 test, that information could be used to unlock the tracing data and automatically alert others in that log about the potential risk. 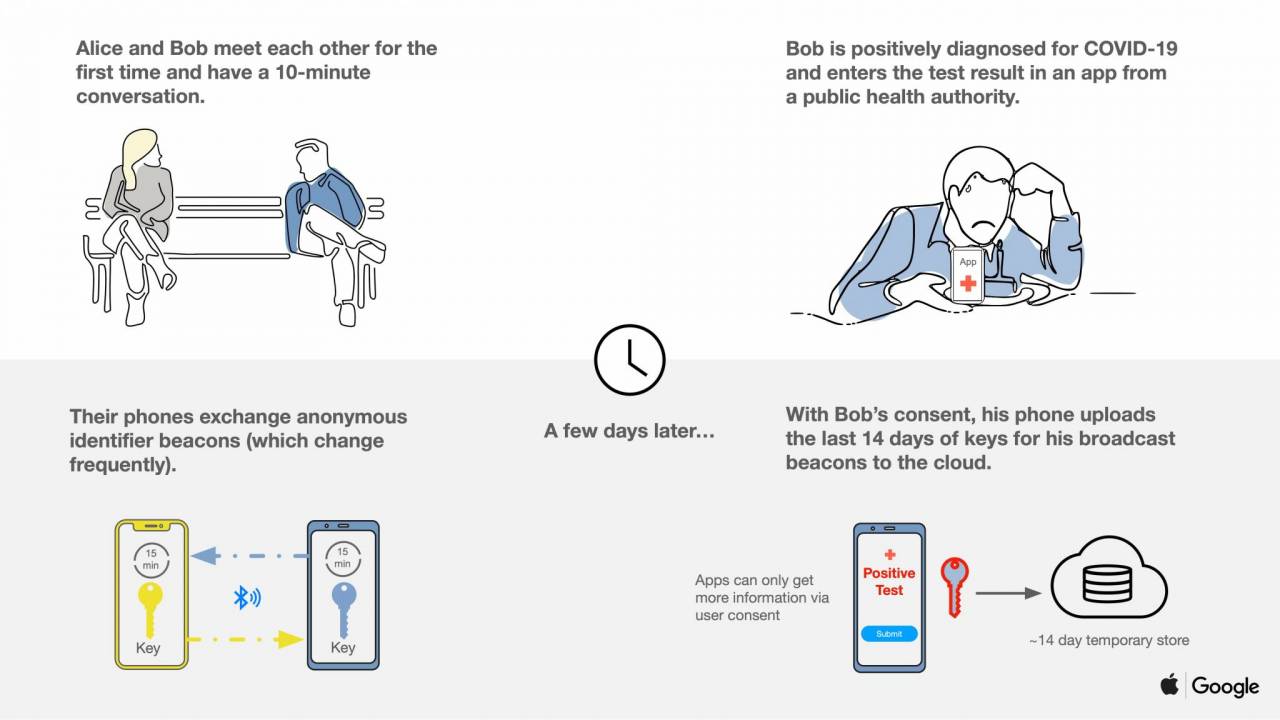 Unsurprisingly, privacy was a key concern in developing the system, and Apple and Google were upfront in the ways in which they were trying to secure individual data. Nonetheless there has been feedback since the preliminary approach was revealed, and today they’ve confirmed a number of tweaks and adjustments.

For example, Bluetooth metadata will be encrypted now, keeping factors like phone type and Bluetooth signal strength secure just like the proximity data. The numbers identifying users will be randomly generated, new each day, rather than generating the key from another number linked to the phone. 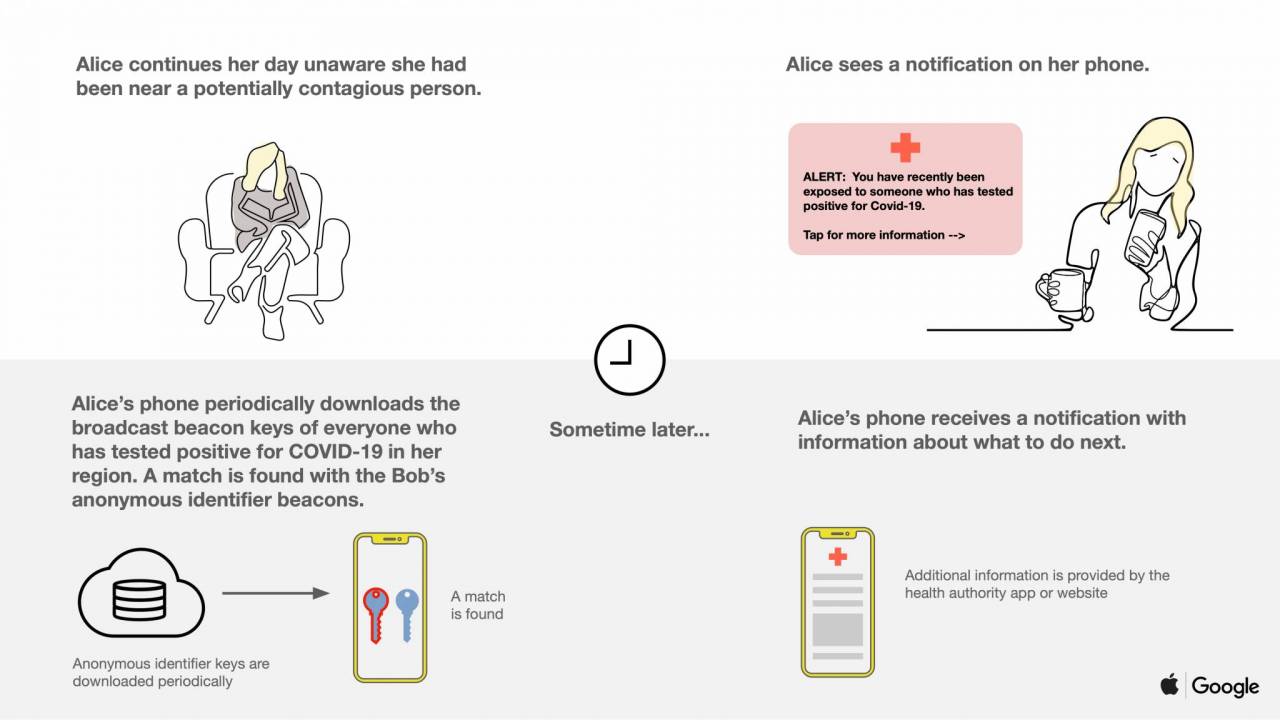 The API will also now share the strength of a Bluetooth signal, and allow the creators of apps that tap into it – which will still be limited to organizations like government health agencies, and not general developers – to decide what is considered sufficiently close to be counted as a positive contact. That should avoid things like false-positives, should Bluetooth signals be strong enough to pass through a wall, for instance.

The data actually shared will now break down the total time of contact between 5 and 30 minutes, in 5 minute intervals. There’ll also be data about how long it had been since contact with an infected person took place. That’s intended to prevent exposure time being used to identify who a contact might be. Finally, the name is changing: it’ll be known as “exposure notification” [pdf link] rather than “contact tracing” from now on.

Google and Apple intend to launch the system in its first iteration next month, though it’ll be down to governments and other agencies to actually build the contact tracing apps and encourage users to install them. A later iteration planned will integrate it into the underlying OS, whether iOS or Android, so that the separate app isn’t necessarily required.