Apple seems to want to expand the speed at which Siri is implemented in 3rd-party products. At least that’s what it’d seem, given their acquisition of the group called Pullstring. This group is in the business of assisting with the building and designing of voice apps for physical products. Oh, they’ve got their own conversational AI, too.

Pullstring was created by a group of former Pixar executives, and made its way in the world first with toys. Toys that needed a voice. They helped make the app for the nightmare that was Hello Barbie, it would seem. Pullstring, it would seem, wasn’t exactly at the center of the legal situation that surrounded the launch of said Barbie – somehow or another.

Pullstring went on to work with personal assistant app creation and integration with Google Assistant and Amazon Echo (with Alexa). They’re currently working to “help people talk effortlessly with voice technology that surrounds us.” That includes market research, strategic insights, best practices, and recommendations of all sorts for their customers.

They’ve got an application called PullString Converse that allows a user to create a voice-enabled app visually. They’ve got it set up with boxes, buttons, and lines – the most basic visual language for building the bones of an app. It is VERY possible this is the part of the company Apple wanted most. 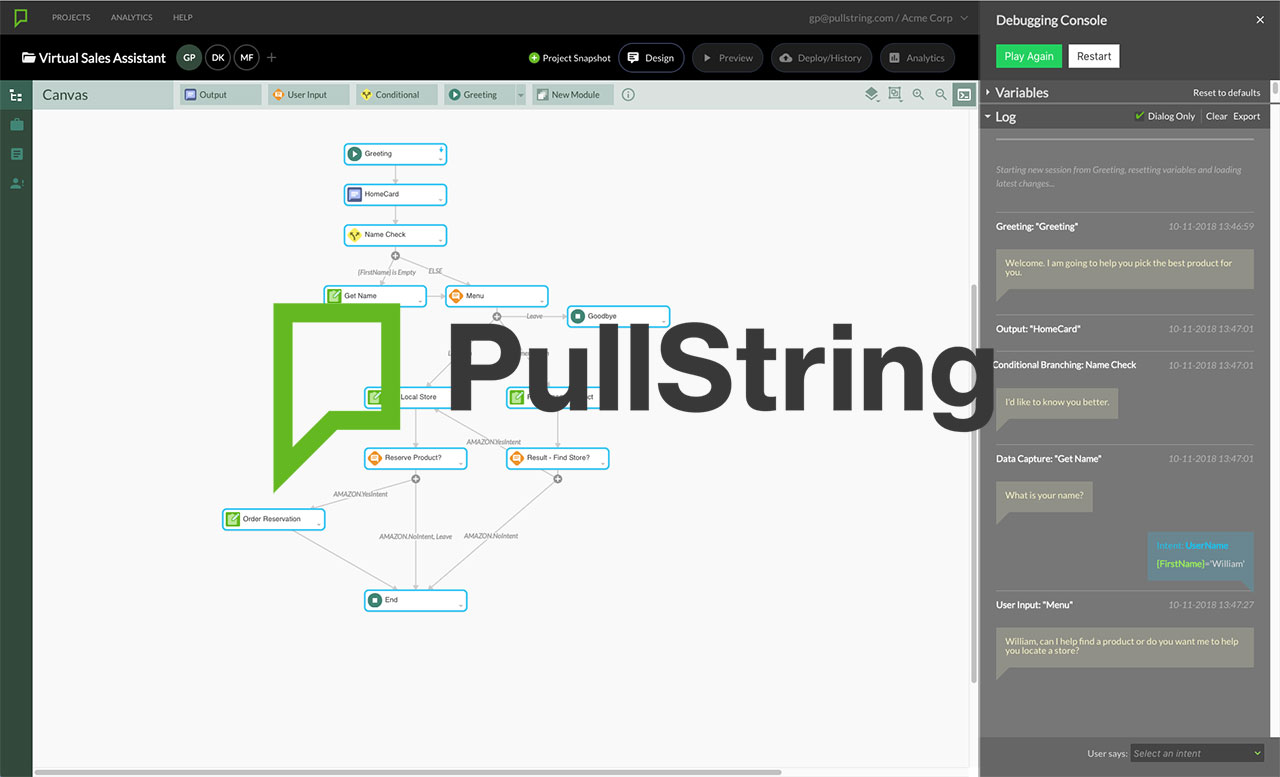 Imagine Apple releasing an application that allowed developers to integrate Apple software (especially Siri) in whatever product they desired. Imagine how easy it would be to battle Amazon and Google then. What a world we’d live in – and what a world we’re probably about to live in, relatively soon.

PullString also has a “scalable and secure conversational Artificial Intelligence to power conversational experiences on any device.” They’ve made their own solution. They’ve got a whole lot of everything.

If what Axios says is true, “the cash is relatively light but there are big potential earn-outs for management.”