It would appear as though Apple acquired a company by the name of Spektral at the tail end of the year 2017. This Danish group specialized in the isolation of objects in both still and moving images (and video), removing background elements from said objects in real time. This company previously aimed to create cloud-based applications and a Photoshop plugin – now it’s inside Apple proper.

The group known as Spektral was previously known as CloudCutout. As CloudCutout, this group created the Spectral app – and eventually re-named their group Spektral. Spektral now exists only as a previously independent business now under the umbrella of Apple.

“Our pioneering and unique technology is based on state-of-the-art machine learning and computer vision techniques. Combining deep neural networks and spectral graph theory with the computing power of modern GPUs, our engine can process images and video from the camera in real-time (60 FPS) directly on the device.”

Attained from graphic designer and UI designer Trang Bui we’ve got a peek at what one product previously awake and alive was called and looked like. This was Cutout Ninja, and it was pretty awesome. Users would upload their photos of products – shoes, backpacks, smartphones, whatever, to the service. Once uploaded, the Cutout Ninja would remove the background automatically, and spit out a PNG with transparent background, of the image in question. This was a free service for a couple products, then cost money to do more in batches. 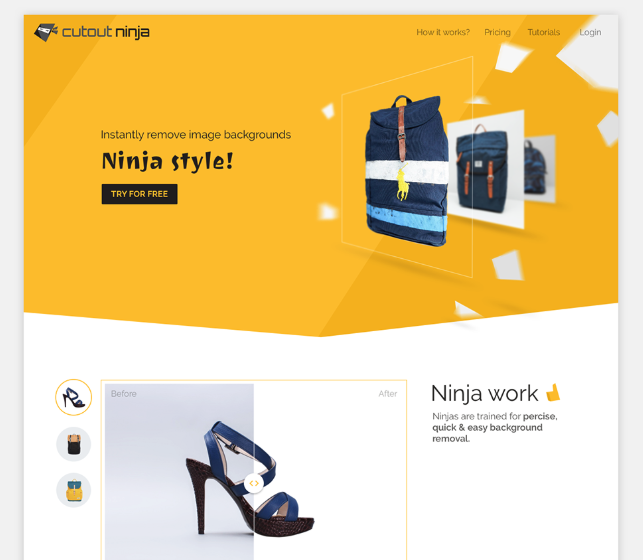 Cutout Ninja was one example of what this crew was capable of in a small sense. They took what they knew on “teaching the algorithms how to cutout products” and let machines do the dirty work using GPU power. After Product Ninja, according to Spektral, “In late 2016 the technology took a major leap in the development of a solution that automatically extrapolate a cutout from one frame to the next. This solution makes it possible to create mixed reality content for video in real-time.”

As mentioned by Borsen (Danish newspaper) via Forbes, Apple acquired Spektral for “200 million”. If that’s USD, it’s $200m, if it’s Danish Krone, it’s closer to $31m. Spektral owner and CTO Toke Jansen now lists his job on LinkedIn as Manager, Computational Imaging at Apple Inc. With previous work at Spektral, TJH-IT, and Image2work, Jansen’s Apple job is listed as starting in December of 2017.

The last we heard from Spektral before they apparently became acquired by Apple was the following. “In the beginning of 2017 we have been working fiercely with our algorithms on getting this cool technology available on a smartphone and thereby enabling anyone and anywhere to create mixed reality content.”

Spektral’s main goal was “machine learning for real-time compositing.” That’s going to be pretty neat when it comes to your next iPhone. Or has it already?

What you’ll want to pay attention to next is what happens in all manner of Augmented Reality apps released over the next few months. With Apple’s latest in augmented reality released in ARKit 2, face tracking, object detection, and a host of other new features are now in the mix. Have a peek at the ARKit timeline below and stay tuned as we see Spektral’s tech find its way into the Apple software universe!