Orbital Sciences Corp.’s high-profile Antares rocket launch has ended in failure, exploding shortly after takeoff and crashing back down onto the launch pad. The unmanned rocket had been expected to start the Cygnus cargo spacecraft’s voyage to the International Space Station, carrying supplies and experiments. Luckily, there are no indications of injuries or fatalities as a result of the rocket failure.

“A mishap has occurred,” was the somewhat understated comment from NASA’s launch director, who confirmed that there were no known injuries or casualties.

However, there has been damage to the facility itself, not to mention to Orbital Sciences Corp.’s hopes to use the launch to demonstrate its private space flight capabilities.

“There has been a vehicle anomaly,” Orbital Sciences Corp. said of the issue, promising more details as they were known.

The rocket was only six seconds off the launch pad when the lower portion exploded, bringing the whole thing crashing back down to Earth. 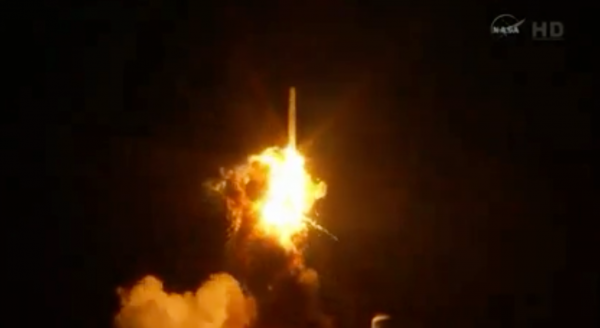 Orbital Sciences Corp.’s first successful Antares resupply mission took place back in January. It was to be one of eight such trips, as part of a NASA contract worth $1.9 billion.

Today’s mission was to be the third for the company. 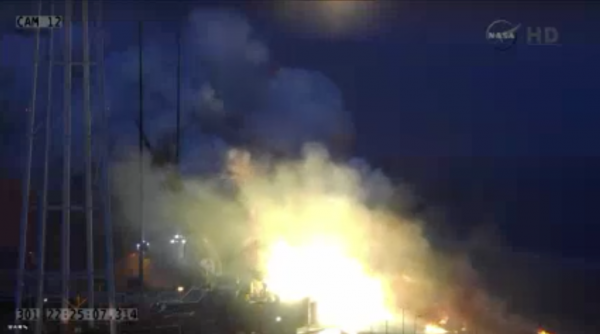 Update: NASA has made a brief statement as it investigates. “The Orbital Sciences team is executing its contingency procedures, securing the site and data, including all telemetry from the Antares launch vehicle and Cygnus spacecraft,” the space agency said of the explosion. “Before launch the Orbital team was not tracking any issues.”

NASA also released an official video of the incident: