Antarctic snow is turning green and climate change is to blame

Antarctica’s iconic white terrain is turning green, and the problem is only going to get worse, scientists warn, as climate change wreaks havoc on some of the most distant areas of the Earth. Green snow algae is proving a stubborn addition to the Antarctic Peninsula coast, a new study has shown, and rising temperatures suggest greater spread is likely.

Researchers from the University of Cambridge and the British Antarctic Survey tracked two years of algae growth in the region, combining on-site measurements with images taken by the European Space Agency’s Sentinel 2 satellite. That snapped photos of the Antarctic regions between 2017 and 2019, allowing the first ever map of the spreading green snow to be created.

The results are ominous. 1,679 separate blooms of green algae were identified in total, working out to roughly 0.73 square miles – or almost 500 acres – overall. While that may not sound like a huge area, it’s a significant change in the Antarctic’s capacity to capture carbon dioxide from the atmosphere via photosynthesis.

What has already grown is capable of absorbing more than 500 tons of carbon each year, the researchers calculate, and is likely having a significant impact on downstream terrestrial and marine ecosystems. While that could actually reduce carbon dioxide beneficially, it will also leave the Antarctic regions darker and thus more likely to absorb heat. That could end up resulting in a faster pace of melting, with a knock-on impact on sea levels and more.

Rising temperatures from climate change are encouraging the algal growth, the study team says. However that’s not the only factor. Proximity to a natural source of fertilizer – namely the excrement from colonies of marine birds and mammals – was also common, with over 60-percent of the blooms spotted within around 3 miles of a penguin colony. Results of the research were published in the journal Nature Communications this week. 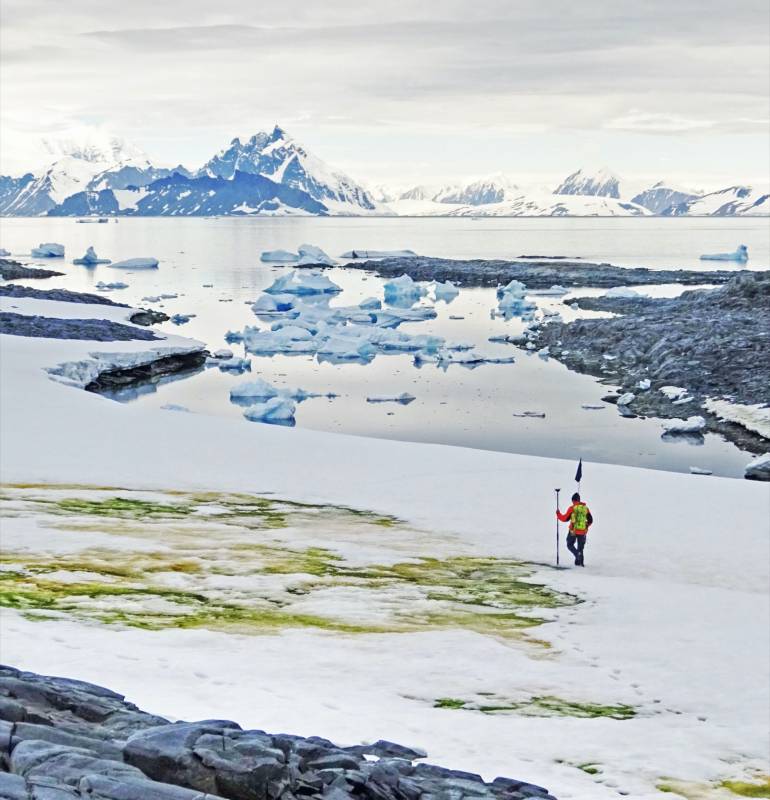 The reality is that there’s still a huge amount of uncertainty about how much algae there is – and how it will evolve over time. This particular study only looked at green algae, for example, even though red and orange algae also absorb carbon dioxide. The researchers plan to use further satellite images and field work to better understand those other algal fields.

Earlier this year, NASA revealed its research suggested the Antarctic and Greenland ice sheets are now melting six times faster than they were in the 1990s. Meltwater has increased global sea levels by 0.7-inches, it’s believed, and Greenland ice melt contributed 60-percent of that extra water. By 2100, scientists have warned, global sea levels could rise by 28 inches.