The developers at Rovio have revealed their next big play for the mobile gaming universe with a customizable racing game by the name of Angry Birds GO! This game works with some of the same premises as he previous games they’ve released – customizability from Bad Piggies, catapulting birds from Angry Birds – and twists the whole universe into a carting adventure.

This release is capitalizing on the serious lack of heavy-duty cart racing games in the Android and iOS universe, making a whole new category while they do so. Unlike games like Mario Kart, on the other hand, you’re not blasting forth with go-karts. Instead you’re working with what’s much more like a real DIY kart, that being one without an engine (at least at first). 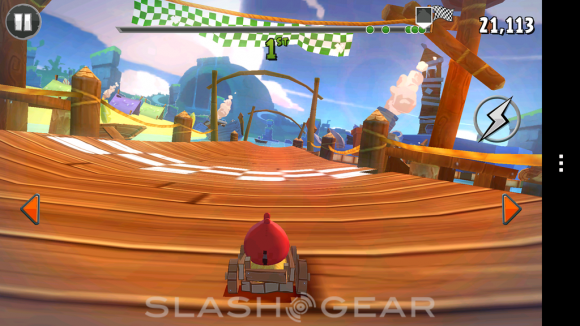 Like a real car race, you’re not working with self-made propulsion here, you’re relying on real downhill action. Once you’ve done your original launch, gravity will be pulling you down the hill. There are power-ups along the way, but you’ll be getting used to a whole new way to race in a very short amount of time. 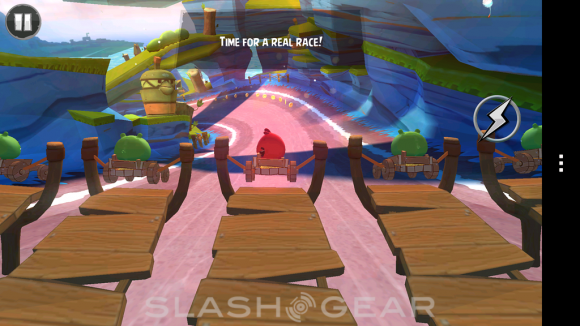 This game also works with a new collection of Telepods available in real-deal physical toy form. One example is a new Jenga set that works with Angry Birds GO! toys, another being individual Telepods released later this year – and through 2014, of course. 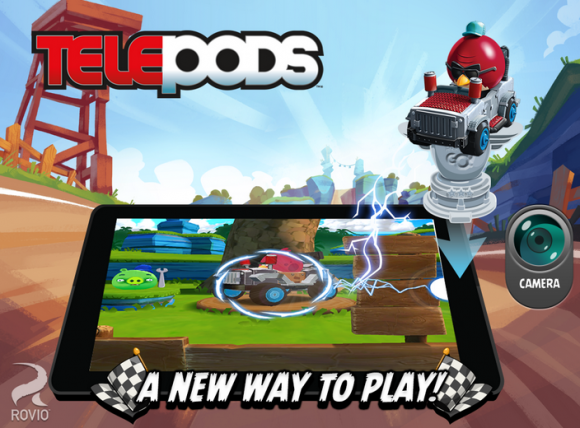 Have a peek a our view hands-on screenshots here and by all means, allow yourself to skip the rest of the work or school day and play!