Three years after leaving Google’s Android division behind, Andy Rubin is back in the smartphone business. Today his company, Essential, revealed its first phone, the Essential PH-1. Otherwise known simply as the Essential Phone, this new device wants to shake up the way smartphones are made and marketed, simplifying some things while improving others.

Before we get into the phone itself, we should look to the motivation behind it. Why did Rubin create Essential, and why does it want to change the way smartphones are made? Rubin points to a pair of conversations with one of his friends, in which they both went down the list of things they dislike about the current state of mobile technology. Rubin says that Android’s success – now running on more than 2 billion devices worldwide – has created this “weird new world where people are forced to fight with the very technology that was supposed to simplify their lives.”

“After another long talk with my friend we decided that I needed to start a new kind of company using 21st century methods to build products for the way people want to live in the 21st century,” Rubin writes on Essential’s website. That leads us to the Essential Phone, a device that tries to put simplicity first. In doing so, Essential hopes to cut out a lot of the frustration associated with modern-day devices.

For instance, the phone offers a somewhat modular approach to accessories. On the backside of the device, in the upper right corner, you’ll find a magnetic accessory connector that wirelessly transfers data between your phone and whatever you have attached. The mentality here is that you shouldn’t need to buy all new accessories every time you buy a new phone – this connector will allow you to use accessories you buy now with future iterations of the Essential Phone.

One of the first accessories Essential is releasing for the PH-1 is a 360-degree camera, which is actually packed in with the device as something of a launch promotion. The Essential Phone’s wireless dock, another accessory that was announced today, uses that same connector for wireless charging. Expect to see a lot of accessories centered around this magnetic connector.

Despite this major focus on accessories, you won’t see Essential offering phone cases for the PH-1. That’s because the phone’s body is made out of titanium, not aluminum like a lot of other phones out there. Since titanium offers more scratch and dent resistance than aluminum, Essential has decided to skip phone cases for now, though there will no doubt be cases on offer from third-party manufacturers. 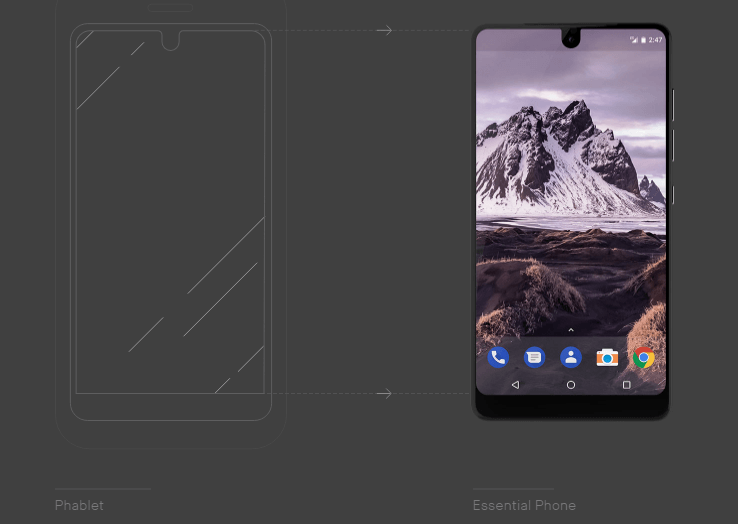 You may want to consider picking up one of those third-party cases, because even though the titanium body sounds tough, the phone’s 2560 x 1312 QHD edge-to-edge display does not. The phone, unsurprisingly, is running Android, but you also won’t find any bloatware on this device, a rarity outside of Google’s own smartphones. Other internal specifications include a Snapdragon 835, 4GB of RAM, 128GB of storage, and a 13MP megapixel rear camera that features dual RGB and monochrome lenses.

Interestingly, Essential has decided to skip out on branding the phone entirely. Unlike phones from other manufacturers, you won’t find the Essential brand on the back of the device, which means that you won’t act as a walking billboard for your phone’s manufacturer.

It sounds good, but price is the most important aspect of buying a new device for many people. With that in mind, how much will the Essential Phone cost? It turns out quite a bit: Essential is offering the PH-1 in a launch bundle with the 360-camera for $749, though you can buy the phone on its own for $699. Keep in mind that the phone isn’t ready to ship yet, and with no release date at the moment, you’ll only be reserving your phone. Essential will follow up later with an actual ship date for your reservation.

Be sure to check out the source link below to read more on Essential’s first phone. Just as well, be sure to head down to the comments section and let us know what you think of Essential’s first smartphone outing. Will it change the game, or is it going to have an uphill battle ahead of it despite having Andy Rubin at the helm?