This week the folks at Google behind developer support for Android have pushed for a much more optimized environment for 3D rendering. Not 3D printing – not anything having to do with creating real world objects – but 3D graphics. Inside Android, developers will now have access to a system called Vulkan, a method which lowers overhead and makes the graphics workload move to the graphics processor, where it should be. This opens up the CPU for quicker loads and better optimization of apps on the whole.

Vulkan is a new 3D rendering API for Android. This system is an open standard for 3D graphics and rendering, all made for the Khronos environment. For the developer, this means more control of the GPU by the app. For the end user, this means faster load times all around.

Your apps are about to get faster.

This of course also opens up more room for newer devices to set themselves apart with more powerful processors. Instead of just seeming to run a little faster than before, you’ll be able to tell.

Stay tuned as this API begins to be distributed and made use of by the Android developer community. 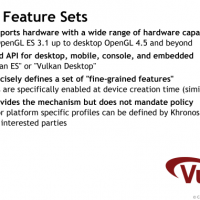 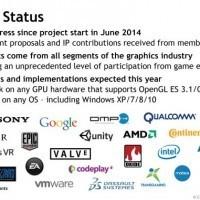 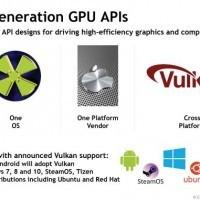