Android tipped to allow Custom Voice Actions in near future

While previous versions of Android had custom voice actions available on a case-by-case basis for developers, the future may go a bit more public. If you head back to Google’s listing of “Custom Voice Actions” in their Android developer portal, you’ll find a note posted in December of 2015. There they suggest that they’re not currently accepting requests for Custom Voice Actions. They suggest to stay tuned for product updates. Those updates may be coming very, very soon.

But what about actions you teach your device?

Today’s evidence of Google’s enhancement of functionality with this system is in a patent by the name of “Customized Voice Action System.” This Google text includes the following: “Systems, methods, and computer-readable media that may be used to modify a voice action system to include voice actions provided by advertisers or users are provided.” 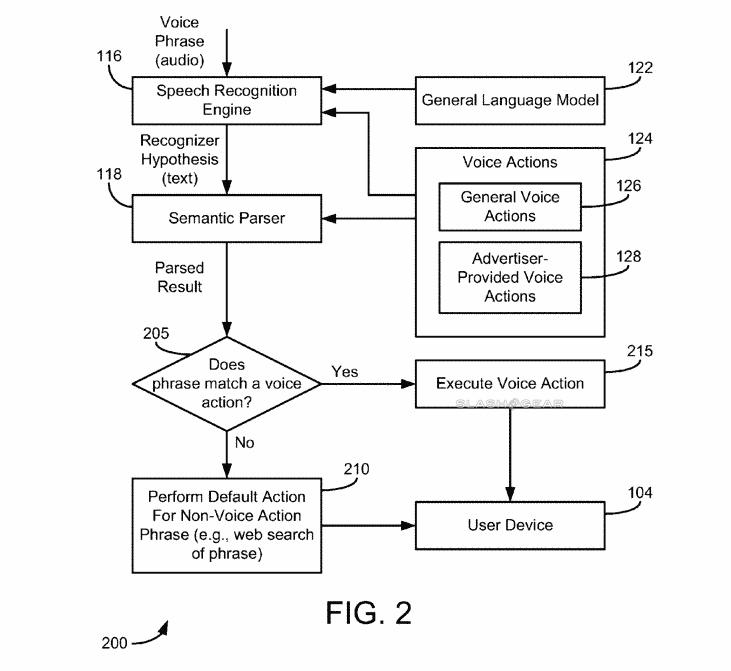 Below you’ll see a description of how customization may occur. Not only by brands, will it be allowed, but by users like you or I – in as open a way as possible, we have to hope.

This is a new type of learning system that is not already included with Android right out of the box.

It’s akin to the system IBM has set up with their own IBM Watson supercomputer tech.

If what we see here is true, Google is experimenting with learning computers – with an Android phone, for example, that can learn what you want it to learn, and take commands from you the way that you want them to be heard.

Learning and reacting. Let’s cross our fingers that it’s not something that’ll deliver creepy gifts to us based on our personal conversations around it.