Several codes and files have been uncovered this week in the deep depths of Google’s mobile OS Android’s newest iteration that have lead hackers to believe that multiple user accounts may be active in future versions of the software. This would mean that even on a device as small as a smartphone you’d have a login screen where you could have separate accounts for me and you, your momma, and your cousin too. What the developers down at XDA have figured out thus far is that in Jelly Bean you are indeed able to activate such a function, but it’s not yet entirely complete.

Below this paragraph you’ll see a video made by user zanderman112 that shows off how you’ll be able to activate this function for yourself on an Android device (here a Galaxy S III) running Jelly Bean. It’s not recommended, of course, since it’s not yet a complete function – and it wont work all that great either, when it comes down to it. But the fact remains – multiple user accounts DO exist on Android in the code that’s already readily available from Google.

This ability at the moment sometimes works to create a second user – a guest – who will be able to explore the device in a limited nature. They’ll have a settings menu, for example, with only Wi-fi, Bluetooth, Sound, Display, Security (limited security), and About phone. We expect that this ability will be live by the time Google unleashes its next flavor of Android sometime in the next year. 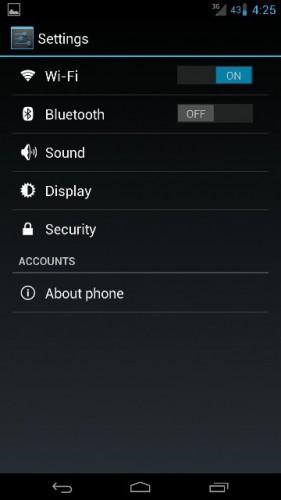 But what is it good for?

The possibilities are as wide as they are on a desktop computer. With Google already launching into the peripherals with the currently phantom Nexus Q, we’ll be seeing more devices of all shapes and sizes playing with Android in the very near future. With multiple user accounts per device, Android will be able to be used on larger and larger devices much more rapidly – and realistically – very soon.