Android Auto is finally getting the apps drivers really need

Android Auto looks set to get a whole new batch of apps, with Google opening the door a little wider when it comes to software designed to run on your dashboard. The company is now allowing navigation, parking, and charging apps to publish in the Google Play store, giving the smartphone projection system a much-needed injection of fresh functionality.

Android Auto – not to be confused with the similarly-named Android Automotive OS – runs on an Android smartphone, but projects an interface which takes over the display in compatible vehicle infotainment systems. That way, you get access to Android apps, Google Maps and the Google Assistant, and your media, regardless of the native UI of the car.

It’s not, however, a free-for-all of software. Whereas Google takes a relatively hands-off approach to what gets released in the Google Play store for Android phones, the risks of driver distraction and apps that might crash the dashboard UI mean that there have been significantly stricter limits on software that runs in Android Auto mode.

In January, Google began testing submissions of new categories of apps. All transportation related still, but covering third-party navigation, parking, and charging software for electric vehicles. Come March, Google launched the Android for Cars App Library as a part of Jetpack, offering developers an open-source version of the library. According to Google today, “most developers have already migrated their implementations” to Jetpack. 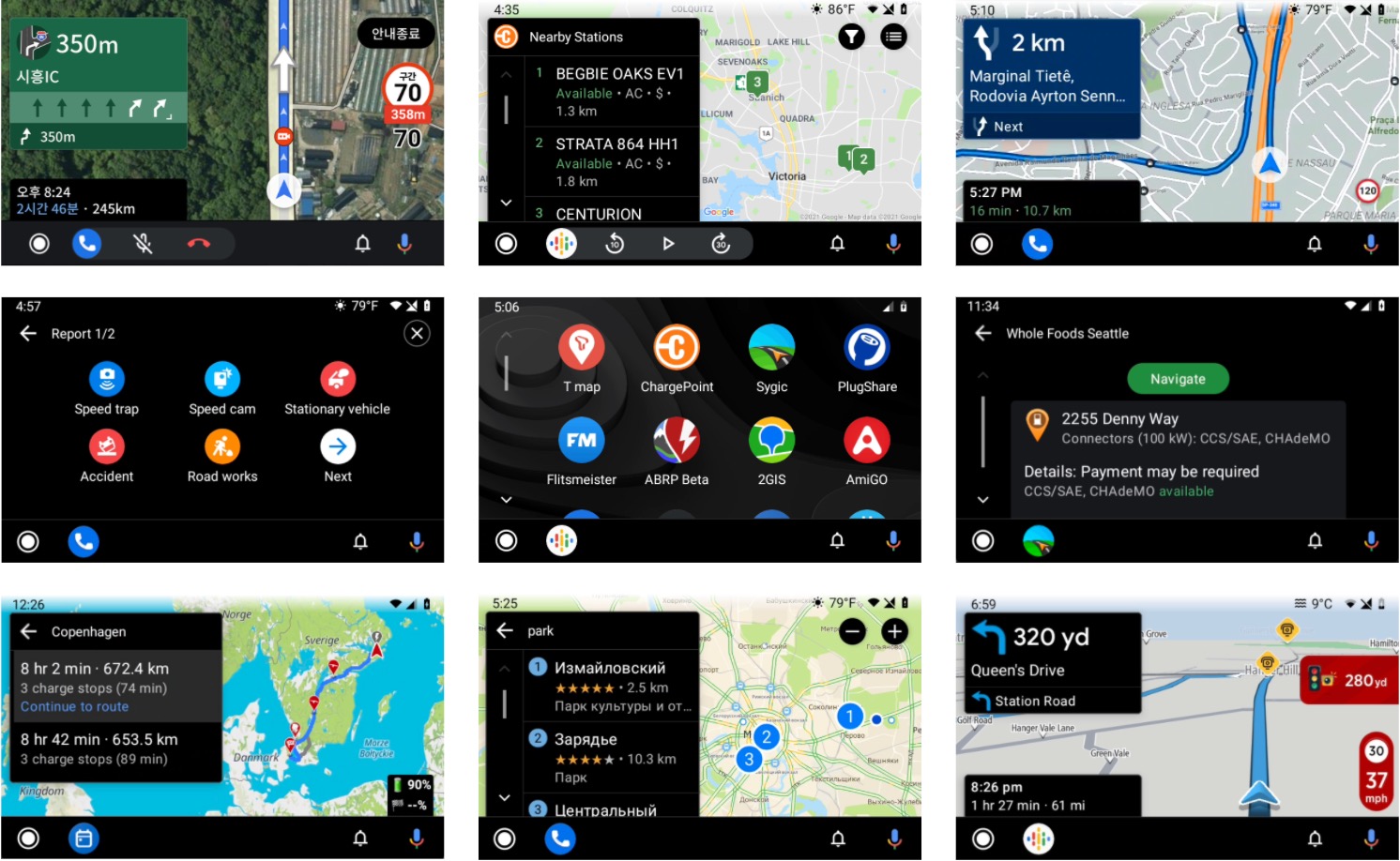 Now, the apps they’ve been building are being released to the public. There’s a variety of titles to choose from, including familiar names like Chargepoint and PlugShare for those driving EVs and PHEVs, T map and A Better Route Planner for those wanting an alternative navigation app, and more. Unlike before, drivers won’t have to sign up for a beta program in order to download and install these apps.

While the barriers to Android Auto are a little easier to navigate now, that’s not to say Google has removed all its controls. Apps for the platform still need to follow the developer guide and be tested thoroughly, to ensure they meet Google’s app quality guidelines. Titles should have a fairly consistent appearance, too, with the library also making interface design easier so as to not confuse drivers as they flip between apps.

For those using Android Auto – and Google says there are now more than 500 models of vehicle that are compatible with the projection system – you should find the new apps available to download from today.