An OLED iPhone 8 may depend on one tiny company

Next year is rumored to be the first with an iPhone with OLED display – just so long as Canon Tokki Corp. can deliver. That’s what’s implied by sources this week who claim a bottleneck in supply might block an OLED iPhone in 2017. Canon Tokki has a “near monopoly” on the equipment that makes OLED displays – the equipment manufacturers need to create OLED displays for smartphones of all sorts. Whether or not Apple jumping in on OLED will affect how well Android devices are supplied is another question entirely.

This is an exercise in stepping back and seeing the larger picture of the situation. Instead of a manufacturing issue at a display-maker company like Sharp Display Co., LG Display Co., and Samsung Display Co., the manufacturers of the machines that manufacture displays is where the block is. And not quite a block, just a bit of a delay in supply.

According to Bloomberg, Canon Tokki has a “growing backlog” of orders for their display-making machines. This backlog continues to grow regardless of a doubling of output of their display-making machines in the year 2016. While Bloomberg reports just one plant available to Canon Tokki, the Canon Tokki homepage suggests there are two: Mitsuke Plant at 10-1 Shinko-cho, Mitsuke-shi, Niigata 954-0076 Japan, and Hiratsuka Plant at 3072 Okami Hiratsuka-shi, Kanagawa 254-0012 Japan.

Regardless of two plants existing where another report says there is only one, Canon Tokki does indeed make OLED display-making machines. The ELVESS OLED Mass Production System is the result of 30-years of vacuum evaporation equipment expertise, and is aimed at creating OLED displays for consumers on a mass scale. 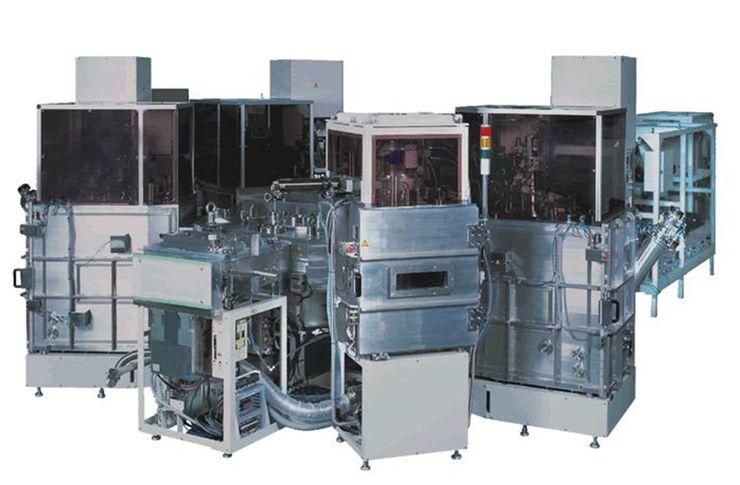 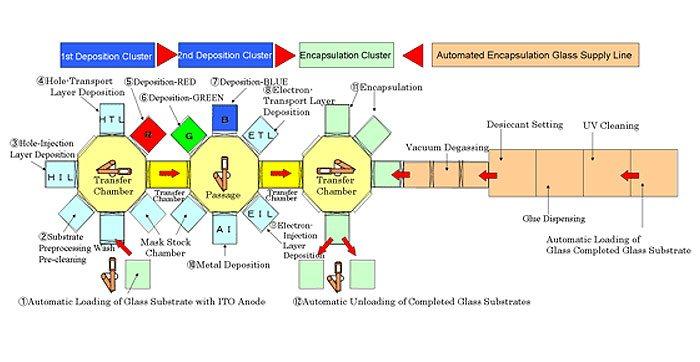 ABOVE and BELOW: Process diagrams showing the steps with which the ELVESS machine creates OLED displays. 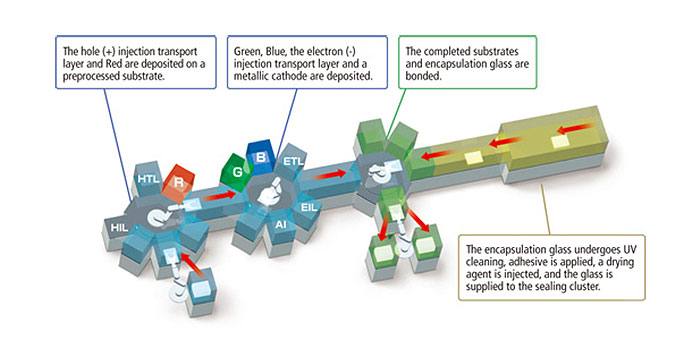 Earlier this December it was tipped that Japan Display was investing in OLED in a big way. If they’re unable to buy manufacturing machines to make screens, it becomes especially difficult to make the displays they’re going to make. But – and this is a big but – none of this means anything unless manufacturers aren’t already prepared to manufacture OLED displays for the iPhone.