Amazon has rolled out its Rivian-made electric delivery trucks to their second city, with the custom EVs continuing to stick to California for the moment. After buzzing into action in Los Angeles back in February, Amazon has now expanded the fleet into San Francisco, where it will face some very different challenges.

Biggest of those will be the sort of terrain the EVs are facing. San Francisco and the Bay Area in general are notorious for their hills and sharp inclines: Filbert Street is the steepest, with a massive 31.5-percent grade.

For an electric vehicle, that could mean spending more power than usual on getting up to the top, especially with a cargo area stuffed full of Amazon Prime boxes. On the flip side, though, regenerative braking – where slowing the vehicle uses the electric motor as a generator, feeing power back into the batteries – loves steep inclines, and there’s the potential for the Rivian-made EVs to recuperate a fair amount of energy when going downhill. That’s potential power which would be wasted with a traditional internal combustion truck. The Bay Area’s changeable weather conditions will also present new challenges that the LA fleet is less likely to encounter. 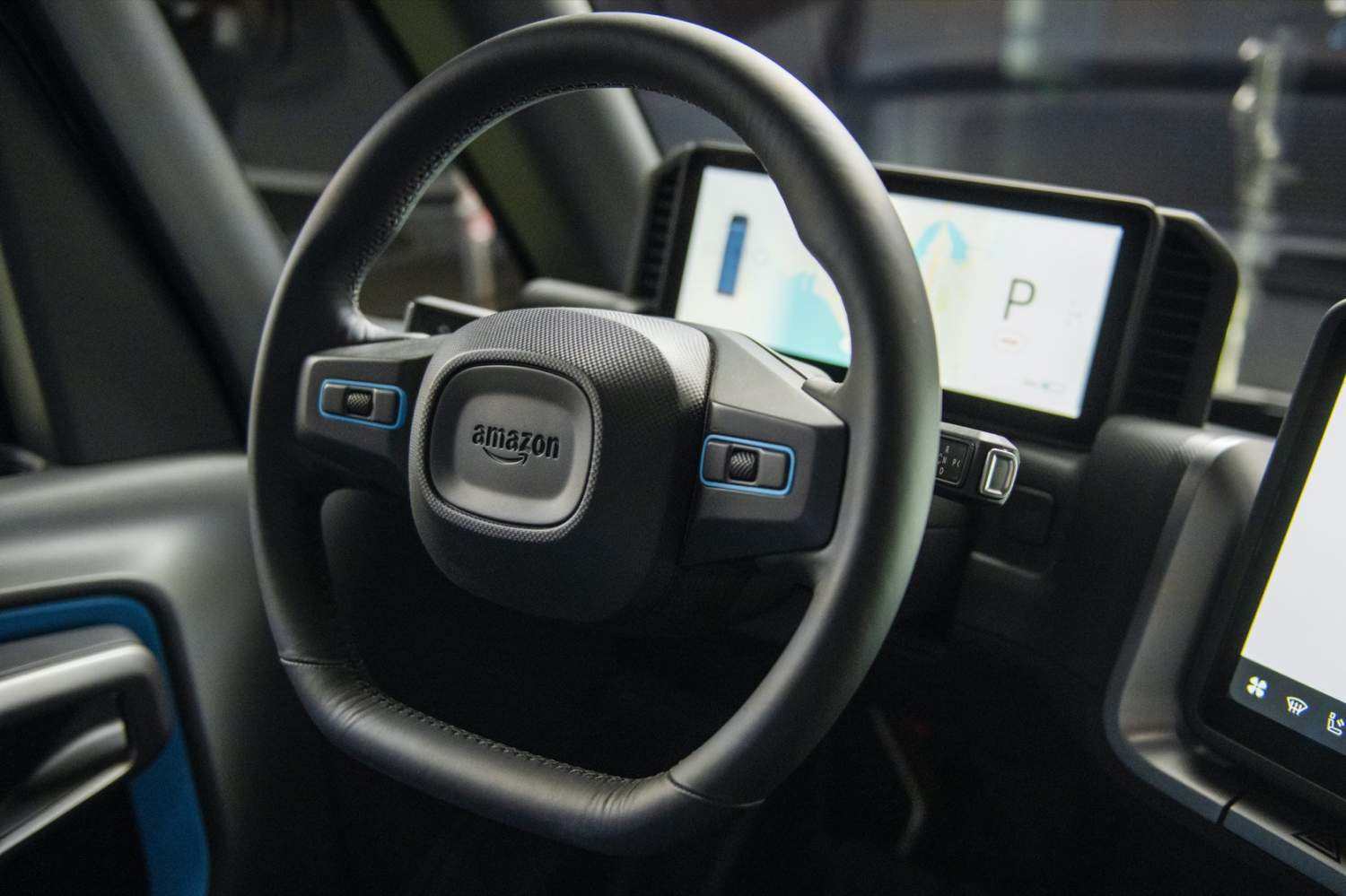 Amazon will eventually have several different configurations of the delivery vehicles, with different battery sizes and different cargo bay sizes. Some will have all-wheel drive, others 2WD, taking advantage of Rivian’s flexible “skateboard” platform. The two companies have previously said that the decisions on individual setup will be based on the sort of local challenges the different EVs are expected to face.

What could make more of a difference, though, is how the delivery vans themselves are routed. Each truck is connected, with an embedded cellular connection and a touchscreen display on the dashboard which shows routing and what’s on the driver’s agenda for the day. With smart navigation, using the grade data embedded in HD maps, Amazon’s system could theoretically plan a route for each driver that maximized their regenerative braking time and avoided wasting power on unnecessary trips up and down hills as much as possible. 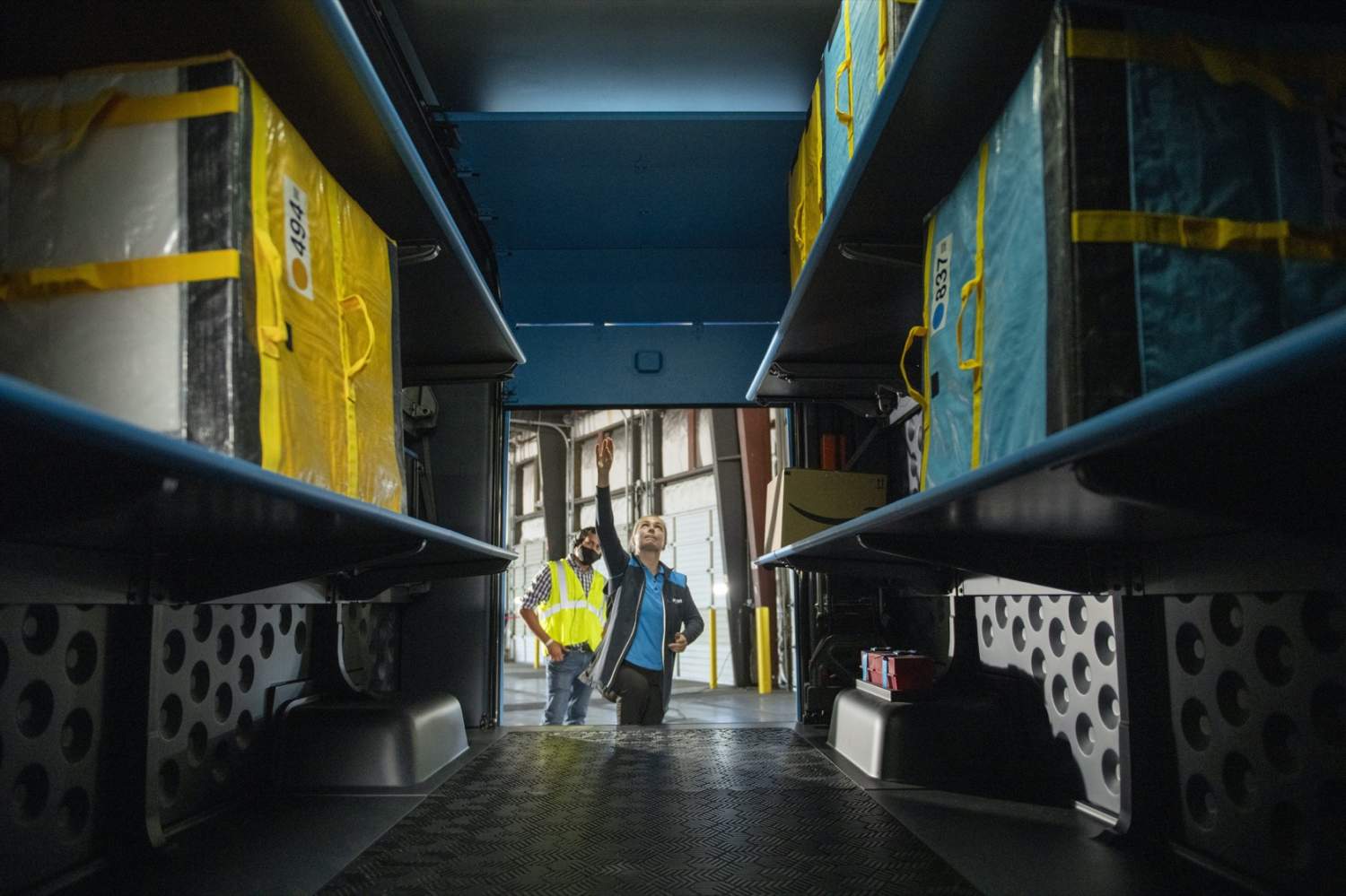 The current van in use has a range of up to 150 miles, Amazon says. It’s being operated by specially-trained Amazon employees, and is being operated initially out of the company’s delivery station in Richmond, CA. Deliveries from other sites in the Bay Area will begin soon, the company says. Eventually, that’s likely to include a new facility being constructed at Amazon’s recent site acquisition in San Francisco, having spent $200 million on a delivery station location at 900 7th Street.

Amazon says it still has 14 cities on its roadmap for the Rivian electric delivery trucks over the course of 2021. It’ll be announcing each as the EVs themselves are deployed. By 2022, the retail giant says it could have as many as 10,000 on the roads.