Amazon is out of its mind, and yet for some reason I’m considering opening my wallet and spending hundreds of dollars on a Kindle Oasis. The company’s new flagship ereader wows first with design, then with sticker-shock: closest yet in Amazon’s quest to dethrone paper with its digital replacement, but out of the reach of all but the most dedicated, deep-pocketed readers.

It is, for a Kindle, astonishingly expensive. The cheapest Oasis is $289.99, which gets you WiFi-only and sponsored messages on the lock screen. It’s $20 more if you want to do away with the ads, and $70 more if you want a 3G connection for last-minute downloads when you’re waiting for them to shut the aircraft doors. 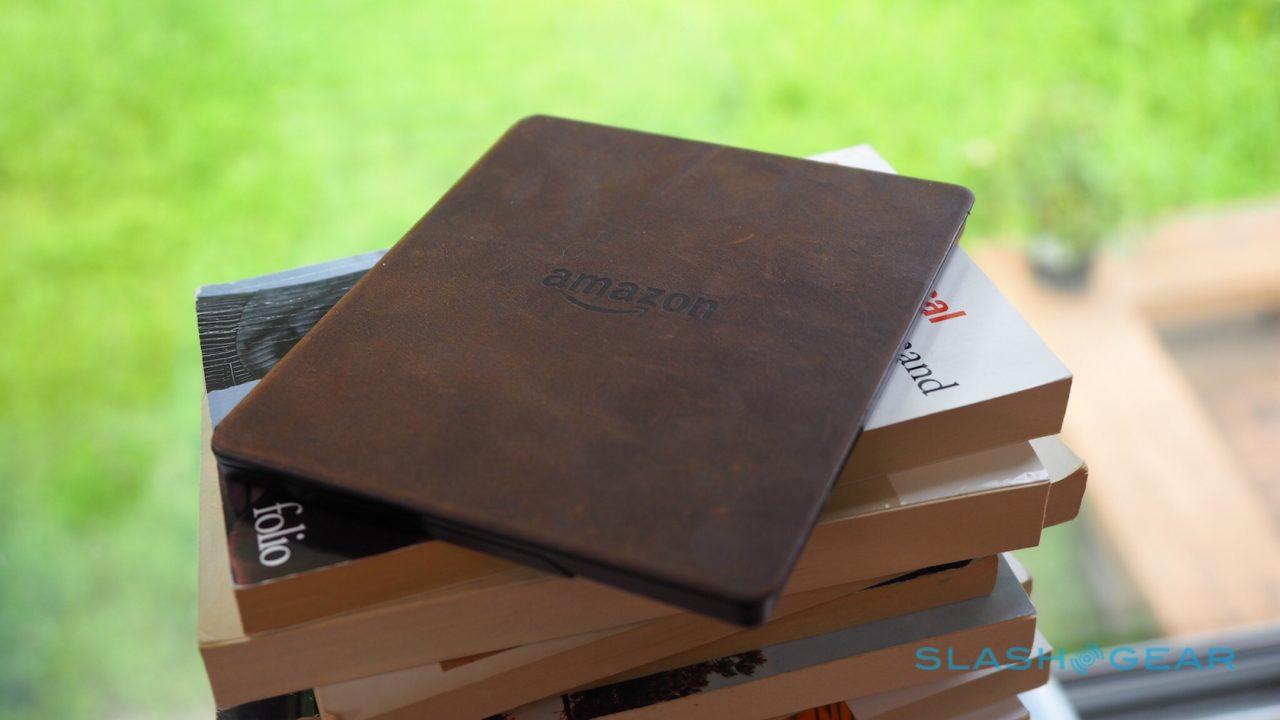 In all, you could pay $380 for a top-spec Kindle Oasis. $20 more gets you an iPad mini 2 with WiFi + LTE, not to mention the full variety of Apple’s App Store to distract you.

Then again, one of the reasons people love dedicated ereaders – myself included – is that they minimize distractions so well. Reading on a phone or tablet is convenient, certainly, but you’re always at the mercy of an attention-grabbing notification or an incoming call. 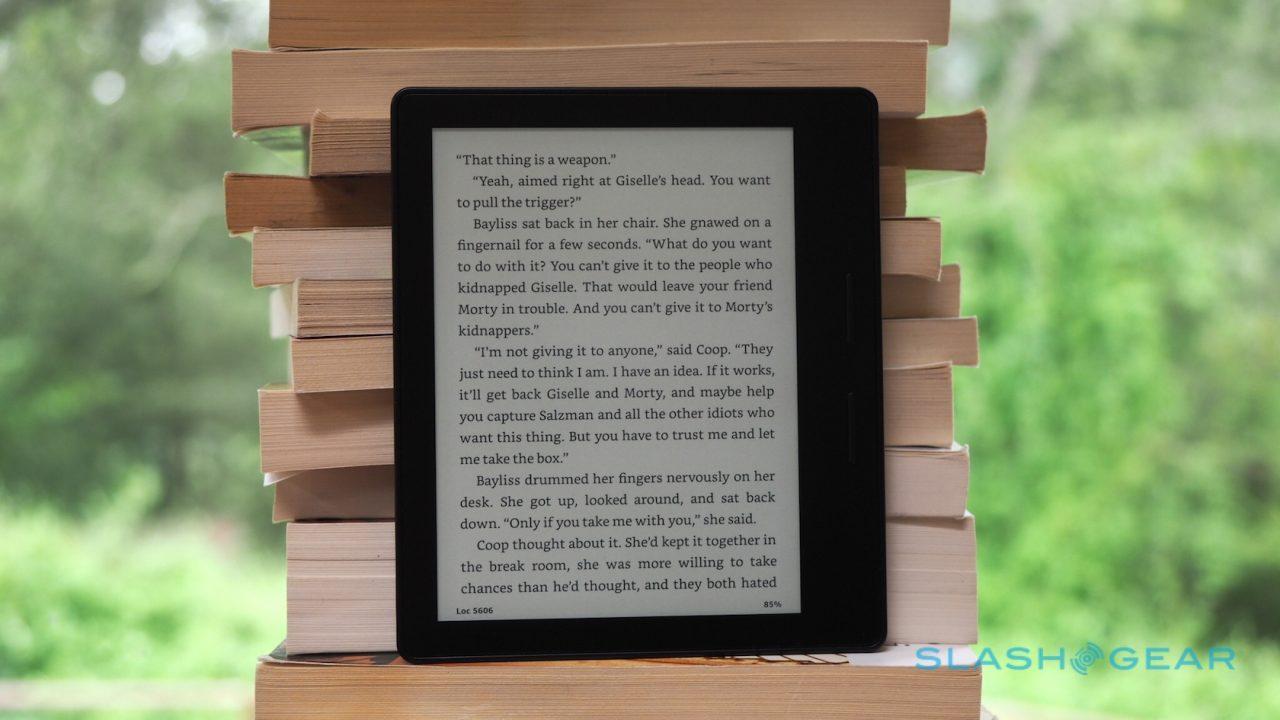 You get the same isolation with a Kindle Voyage, of course, which is $200, or a Kindle Paperwhite that right now is just $100. So how can Amazon justify the Kindle Oasis?

The answer is that it doesn’t really try to.

On paper, there’s hardly any reason to go for the Oasis over the Voyage. Both have the same 6-inch, 300 dpi e-paper display, though the Oasis has a few more LEDs for the illumination. I noticed more evenness than I did extra brightness, mind, and you lose the Voyage’s auto-adjustment since there’s no ambient light sensor. 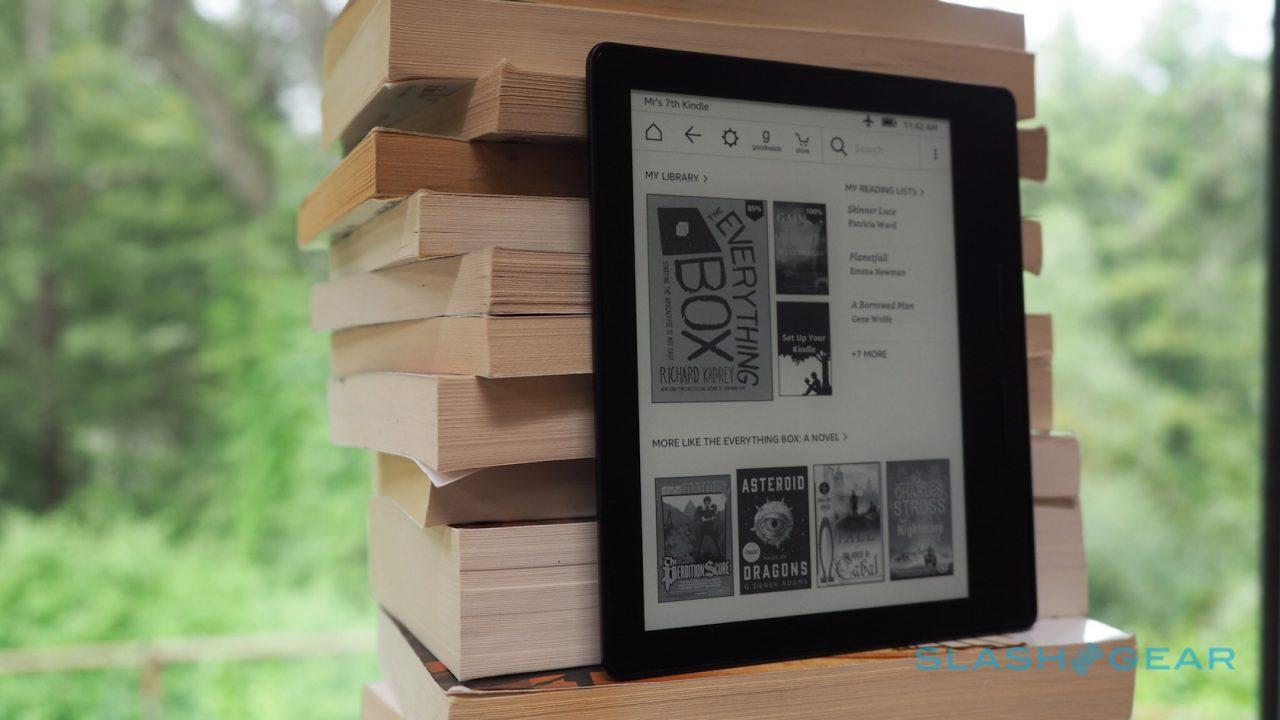 Both run the same software, which in its latest version brings some of the more useful features like airplane mode closer to the surface, not to mention running more smoothly. Similarly, each suffers the same drawbacks: no audiobook support, no text-to-speech, and – perhaps most controversial – no waterproofing.

You forget all that when you actually pick up the Oasis and start reading, though. Ergonomically it’s a huge improvement over the rest of the Kindle line-up, not least because it’s significantly lighter: as little as 4.6 ounces cover-free, compared to 6.3 ounces for the Voyage and 7.2 ounces for the Kindle Paperwhite. 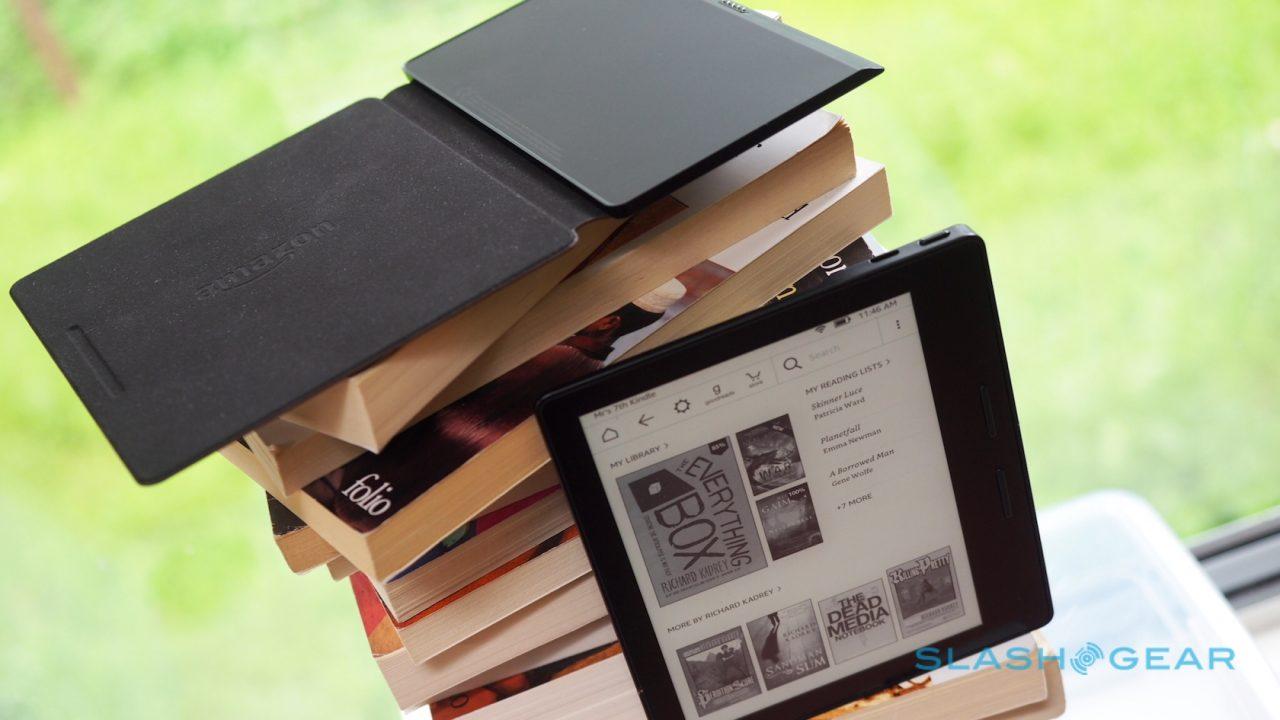 That’s important when you’re reading single-handed, but there’s more than just cutting mass: it’s how the weight is distributed. The Oasis is asymmetrical, with its electronics, radios, and battery all pushed over to one side while the remainder is little more than the display and the metal and plastic that protects it.

It means the center of balance is in your hand, rather than spread across the ereader evenly, and that makes it feel even lighter. 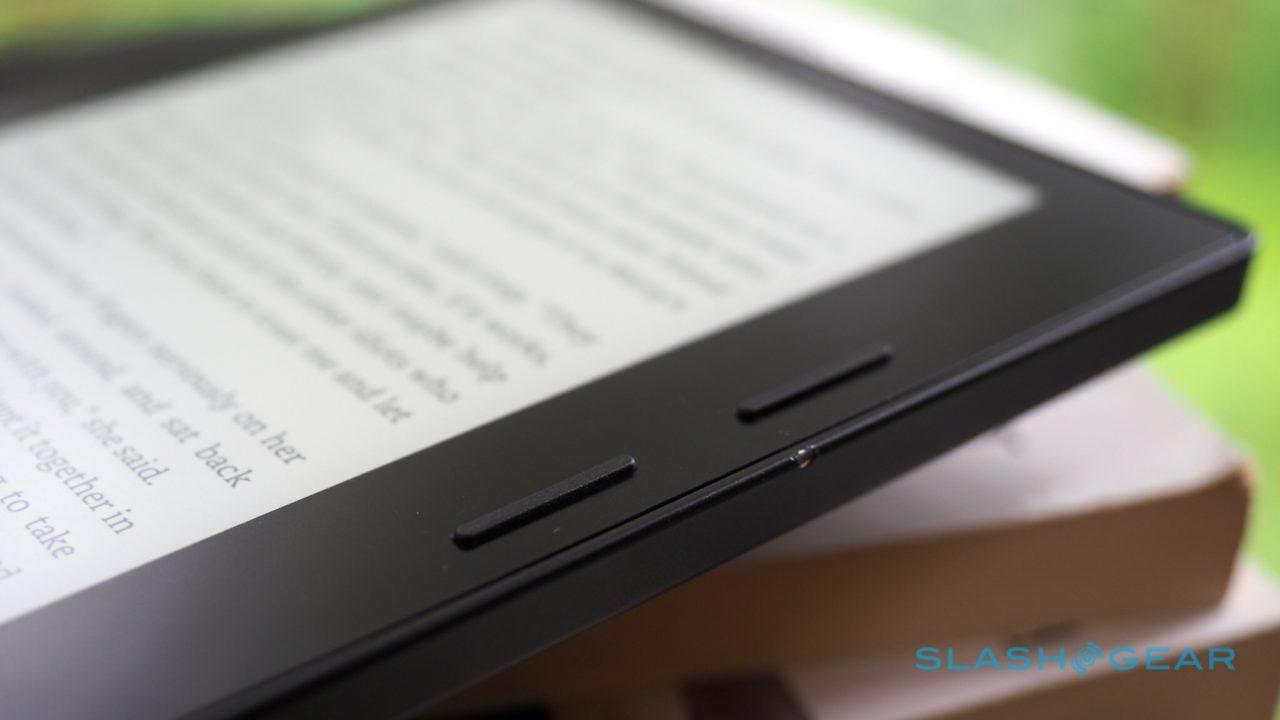 Then there’s the welcome return of physical page-turn buttons, two simple slivers that are easily located with your thumb. By default the top key turns forward and the bottom goes back, but you can switch that if your typical grip makes the opposite more convenient.

Rotate the Oasis to hold it in your left hand, meanwhile, and the screen automatically flips orientation too, as do the buttons. You can still tap or swipe the touchscreen if you prefer, but really the hardware keys are so simple and intuitive that I seldom bothered. 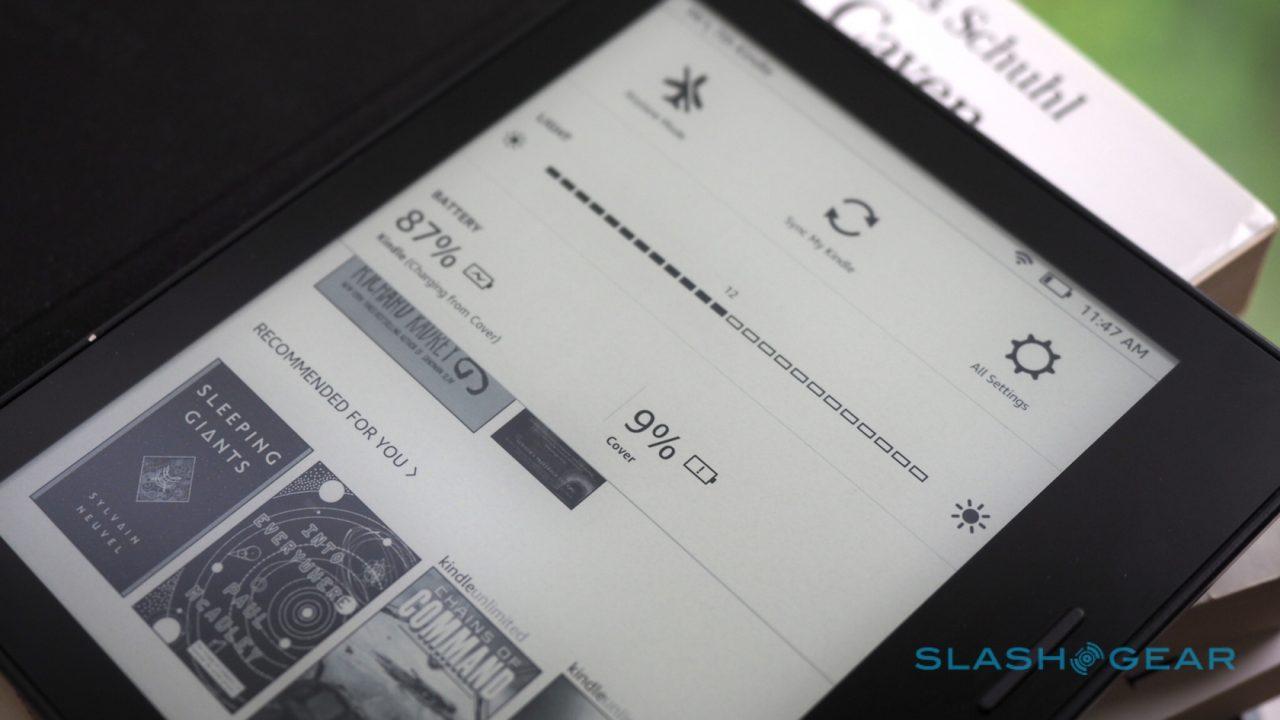 Instead I just read. Then I read some more. Eventually, I’d read so much that the Oasis’ battery was starting to complain: Amazon says it’ll last for two weeks, but since that’s based on 30 minutes of use per day, and assumes you have the wireless shut off, it really means seven hours at most. I got perhaps 4-5 without resorting to airplane mode.

That’s when the case steps in. Clinging on magnetically, it makes the Oasis roughly the same size and weight as the Voyage, and fills the gap behind the display with an extra battery. It adds another seven weeks’ worth of use – again, under the same conditions, so around 24 hours solid- and recharges the ereader’s internal battery. 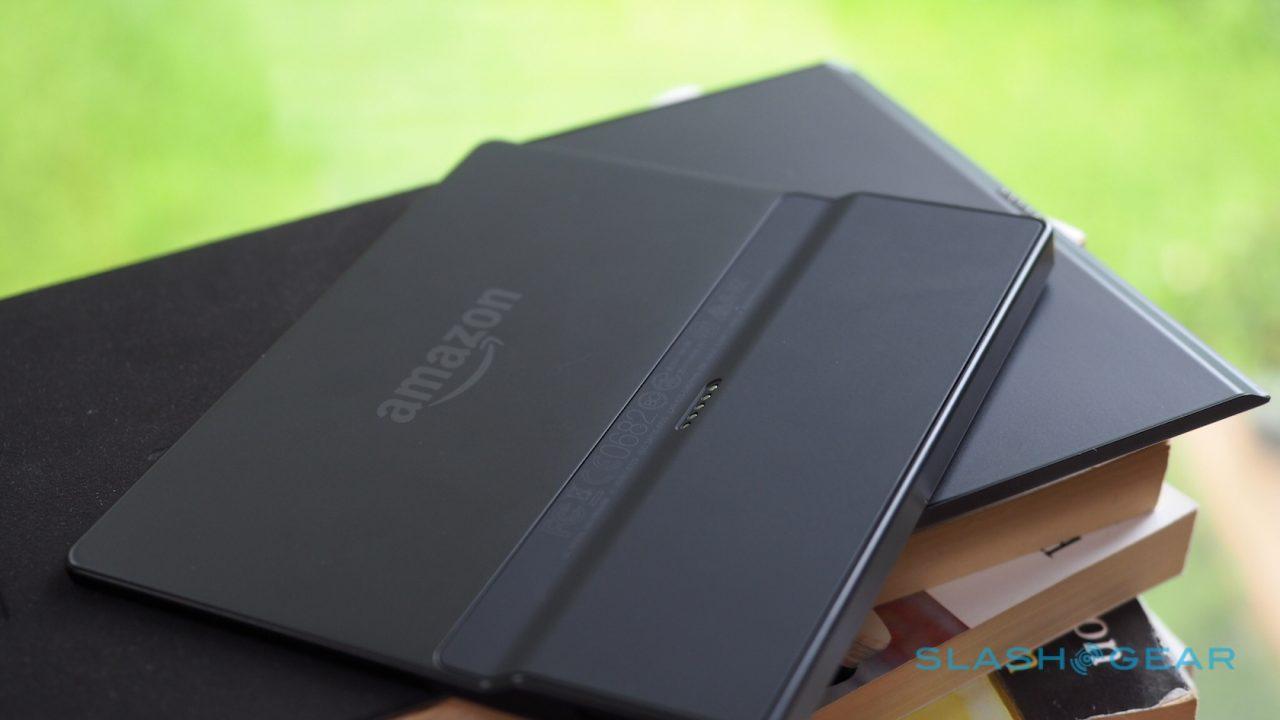 When both get low, you plug in a microUSB power supply and they recharge simultaneously. Sensibly, Amazon prioritizes charging the Oasis itself over the cover, so you can go back to the lightest reading experience possible asap. Annoyingly, when the cover is attached the battery gage shows its power level not the Oasis’: you need to open the status display to see both. 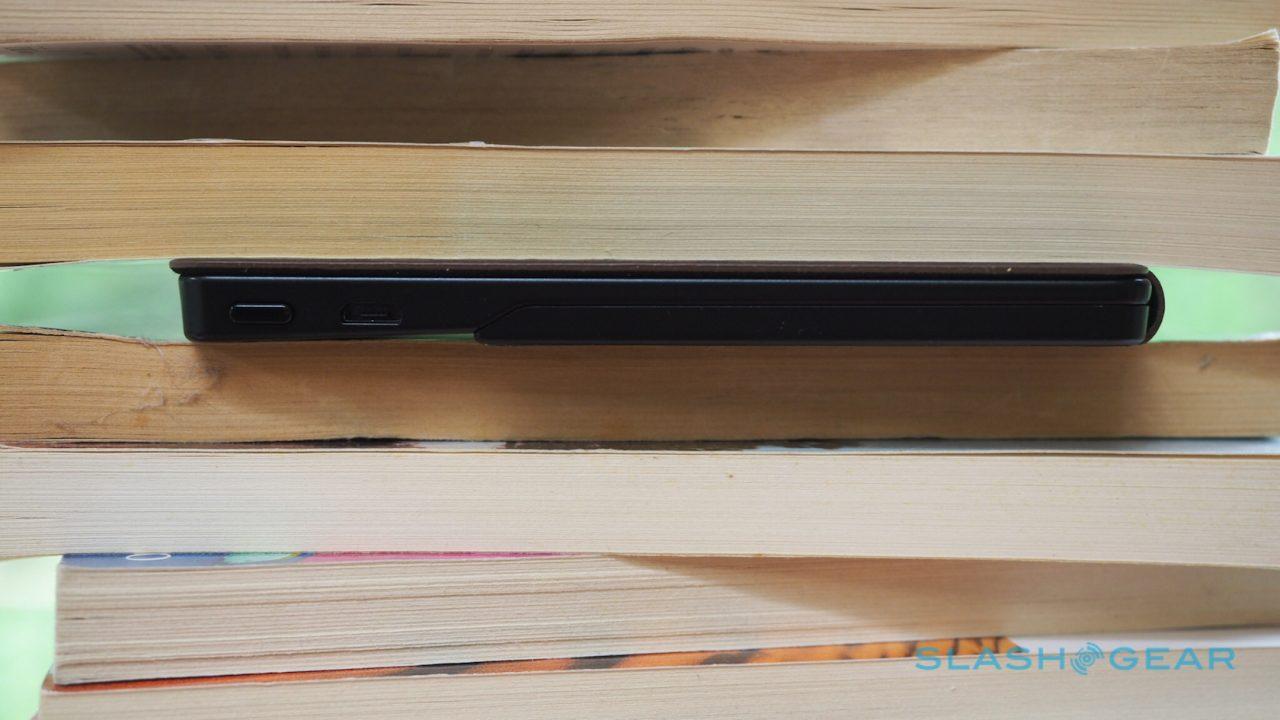 On the one hand, you’re getting Amazon’s best ebook consumption experience to-date, along with a cover thrown in (one of Amazon’s own leather Origami covers for the Kindle Voyage will set you back $60, for instance). It’s undeniably more comfortable to hold over extended periods than the Voyage or the Paperwhite. The buttons are easier to use, in my experience, than the touch-sensitive PagePress keys the Voyage relies upon.

In some ways the Oasis reminds me of the epic, beautiful libraries we used to build as a society: incredible architectural tributes to the power of the written word. Churches where bibliophiles would worship. Then again, most of those buildings are wine bars or apartments now; you have to be a special sort of person to appreciate the carrier as much as the content it contains.

For most readers, a Voyage will be more than they ever need. Heck, the Kindle Paperwhite delivers so much of the overall experience that it’s nigh-impossible to justify spending almost three times the amount on a premium ebook reader.

That doesn’t stop me wanting it and – while they’ll be few and far between – every Kindle Oasis owner I spot, I’ll know they’re reading in a slicker, more comfortable way. The rest of us will have to wait for some of the advances to trickle down through to the cheaper options in Amazon’s range. 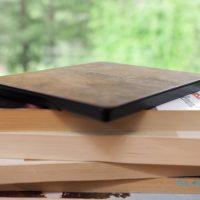 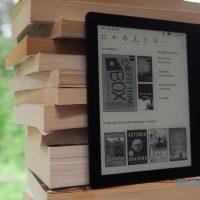 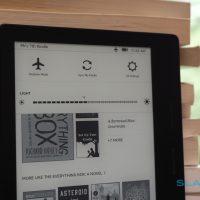 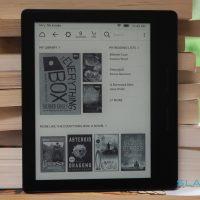 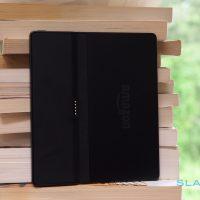 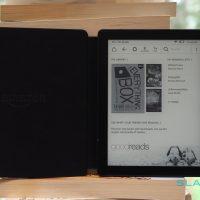 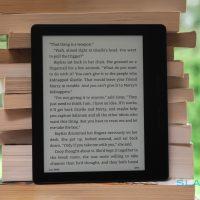 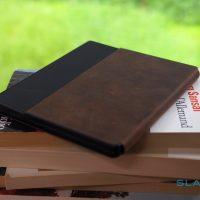 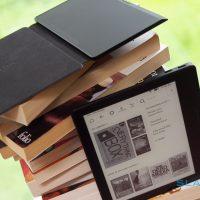 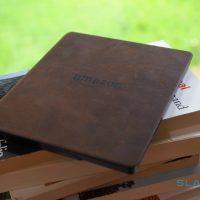 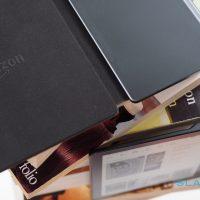 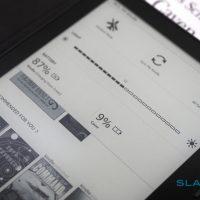 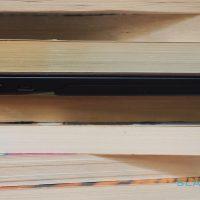 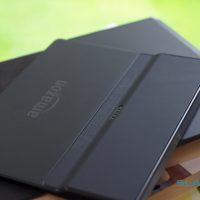 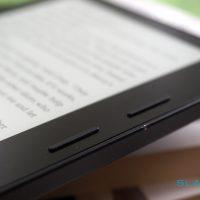