Amazon has patented a drone that can turn into a mini airship, a tech mashup that we’d assume was a late April Fools’ joke were it not for the retail behemoth’s obsession with UAVs. The patent, filed back in early 2016 but granted today, describes an unmanned aerial vehicle (UAV) which could switch into a stealthy, quiet-running mode.

Drones have gained in speed, range, and overall performance over the years, but there’s no escaping the fact that they typically make a lot of noise. Amazon’s strategy is to combine some old-school hot air balloon technology to cut the noise pollution.

So, its “unmanned aerial vehicle with inflatable membrane” would have a balloon hidden inside the chassis. That could be inflated using compressed gas, via a tank or chamber also carried on the drone. When the UAV roamed into an area where noise levels needed to be cut – such as the delivery location, Amazon suggests – the balloon could be inflated. 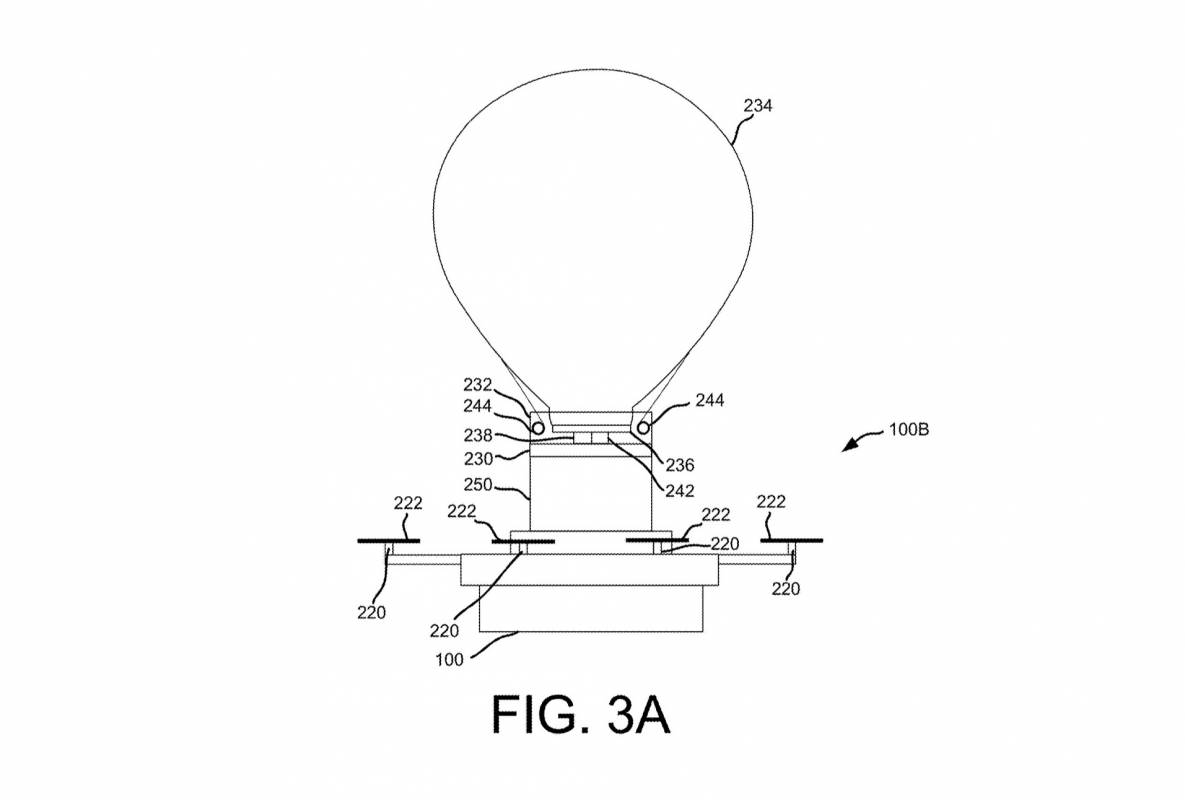 In the process it would mean that the traditional drone propellers would have less work to do, since the UAV’s buoyancy would be taken care of by the balloon. All the motors would be required for is general positioning.

Amazon doesn’t envisage flying the drone like a miniature zeppelin, however. Instead, the balloon system would be used to raise and lower the UAV to and from the delivery location. In that way it could help reduce the noise – and energy – involved in achieving a cruising altitude, whereupon the balloon would be deflated and gathered back into its dock.

The drone would proceed to the delivery destination, and then the balloon would be reinflated. That could be used to then gently lower the aircraft to the ground, to leave behind its package. 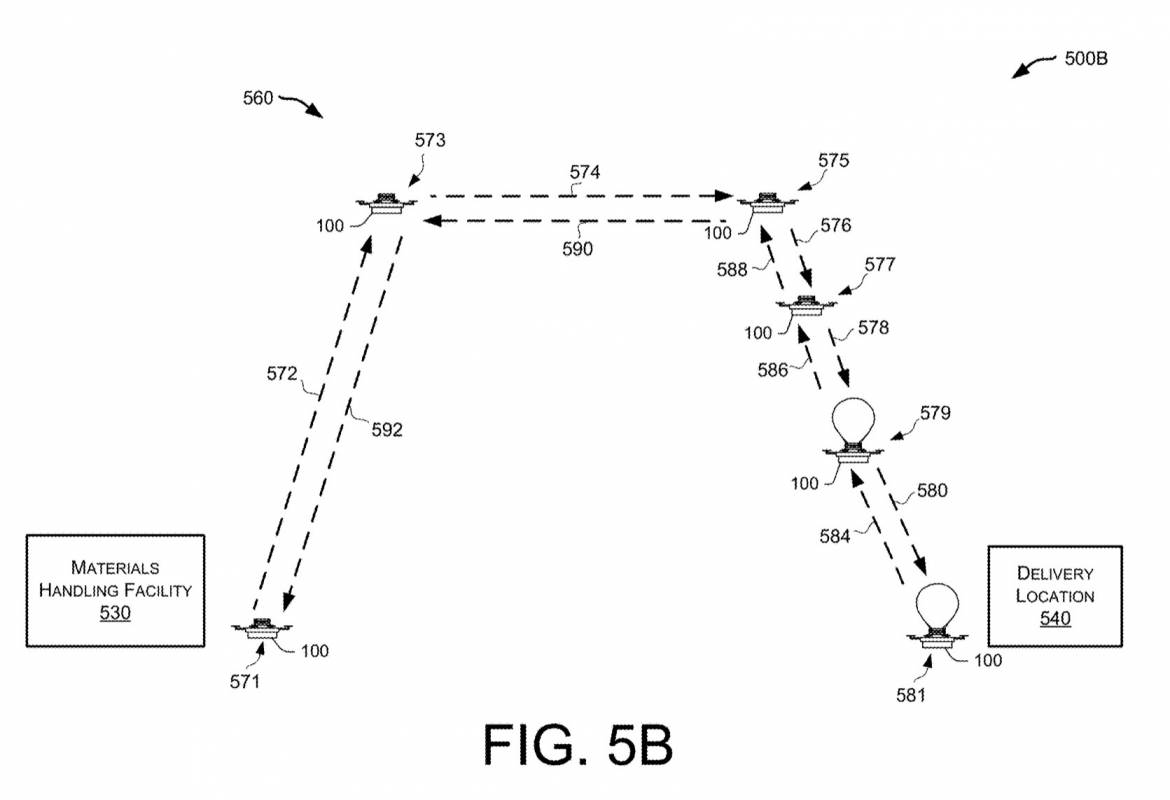 Of course, having an inflating balloon near a system of fast-spinning propellers seems like a recipe for disaster, and so part of Amazon’s patent outlines the retracting mechanism by which the two elements would be kept apart. The whole thing would be handled by an onboard autopilot, with the balloon reeled back into the storage area. The drone could either return the gas used for inflation to the compression chamber, or allow it to escape.

Indeed, another possibility that Amazon suggests is a completely detachable balloon. That, the patent describes, might then float away, or biodegrade, rather than being reused. 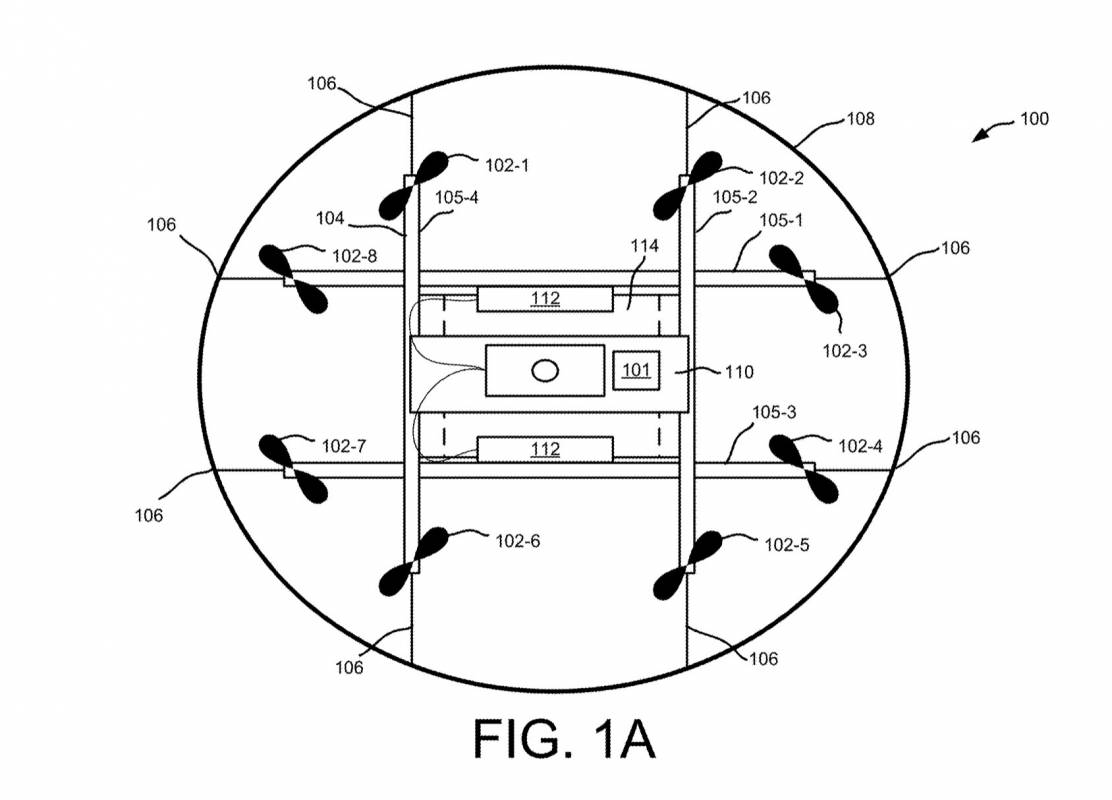 It’s not Amazon’s first attempt to solve the delivery noise issue. An earlier patent filing described a system whereby drones could drop packages from their cruising altitude, relying on parachutes to gently bring them down to earth in the correct location.

Patent filings aren’t an indication that a specific device or product is actually going to launch, though it’s fair to say that Amazon has focused plenty of attention on whether it could use drones to make deliveries. Amazon Prime Air was announced all the way back in 2013, with the retailer envisaging remotely-controlled delivery UAVs flitting around the sky to make last-minute drop-offs. However the reality of getting such a project off the ground proved tricky.

Not least has been reluctance from regulators to turn the skies over to a whole host of new aircraft. Amazon’s intent had been to have its UAVs under the remit of a remote dispatch center; US lawmakers, however, have demanded things like line-of-sight operators. Work in the US to develop an air traffic control system that would encompass drones and UAVs is underway, but we’re still a long way from that being finalized.