Amazon just announced that they’ve teamed up with Disney to create a new Alexa-based system called Hey Disney! This new system creates a “custom assistant” with Amazon’s brain, ambient computing, and Disney’s intellectual property to create a cross-brand powerhouse. This new service will work “alongside Alexa” with some devices in the near future.

The Hey Disney experience will, at first, work in connection with Disney parks. Users will have Alexa intelligence with Hey Disney personalities, but it’ll also be available for Echo devices “at home.”

Users will be able to purchase access to Hey Disney for Amazon Echo devices at home. Echo Show 5 will have a Mickey-inspired stand from Otterbox to launch the Hey Disney system in the near future, too. At the moment, Amazon has not revealed the release date or pricing for this new stand or the Hey Disney service.

UPDATE: “Hey Disney!” will be complimentary on Amazon Echo devices in Disney Resort hotel rooms at Walt Disney World Resort starting in the year 2022. Hey Disney will be available for purchase in the United States in the Alexa Skills Store “for use on all supported Echo devices” beginning in 2022. The new Otterbox Disney (Mickey) stand for Echo Show 5 will be available on pre-order starting this week for approximately $25 USD. 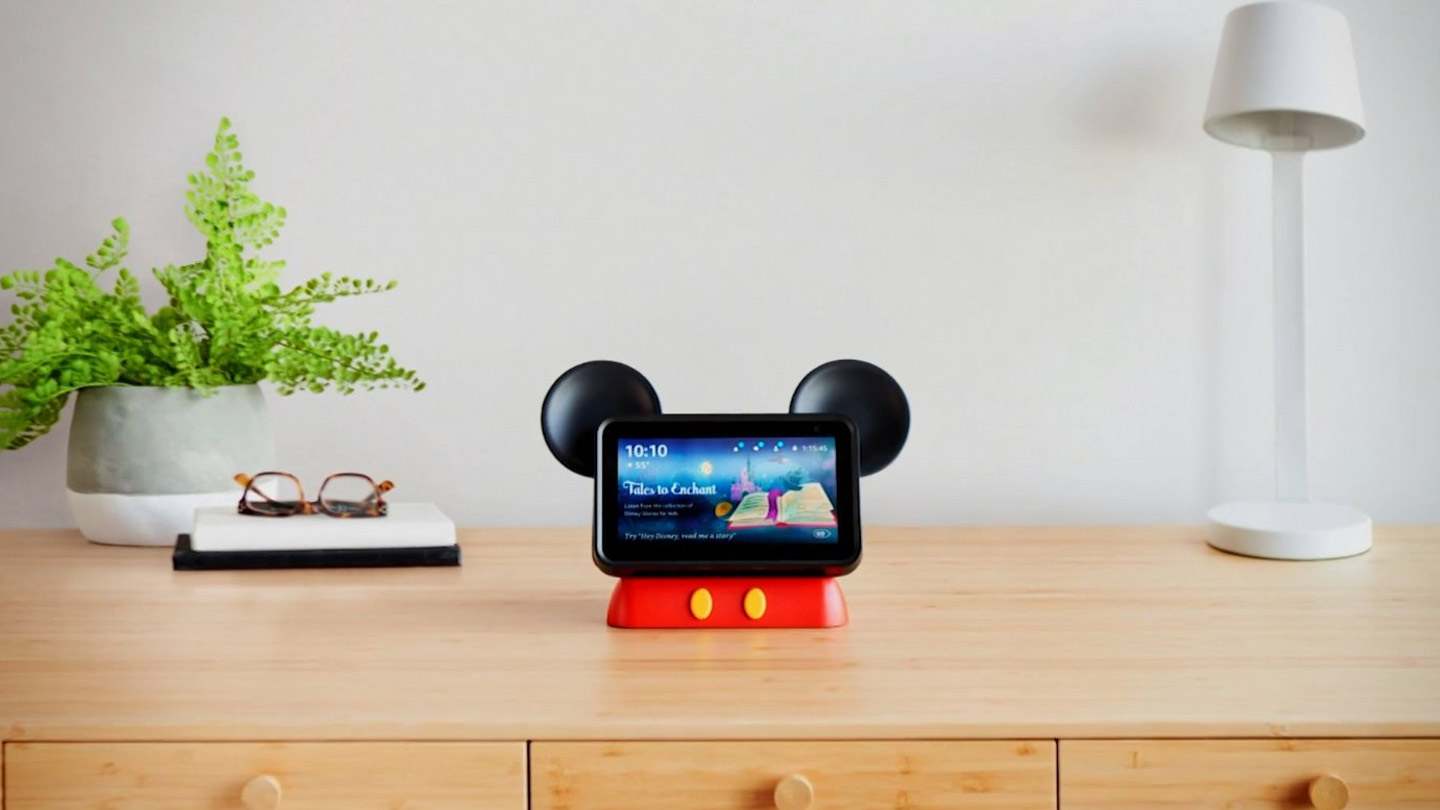 Amazon and Disney will also release a Disney Magical Companion, also developed “from the ground up” by Disney using Amazon Custom Assistant. Hey Disney will work with “supported Echo devices” with characters from Disney, Pixar, Marvel, Star Wars, and more.

Take a peek at the timeline below for more information on all the products Amazon is revealing today, and stay tuned as we learn more about Hey Disney!