Amazon has a new video calling system, but Amazon Glow is intended for kids, not to turn your home into an extension of the office. The upright video calling screen integrates a projector, which beams an interactive play surface onto the desk or floor.

The idea is that virtual and physical objects can interact. For the kids, there are toys and puzzle parts which can be put down on the 19-inch projected surface and recognized by the down-facing cameras. 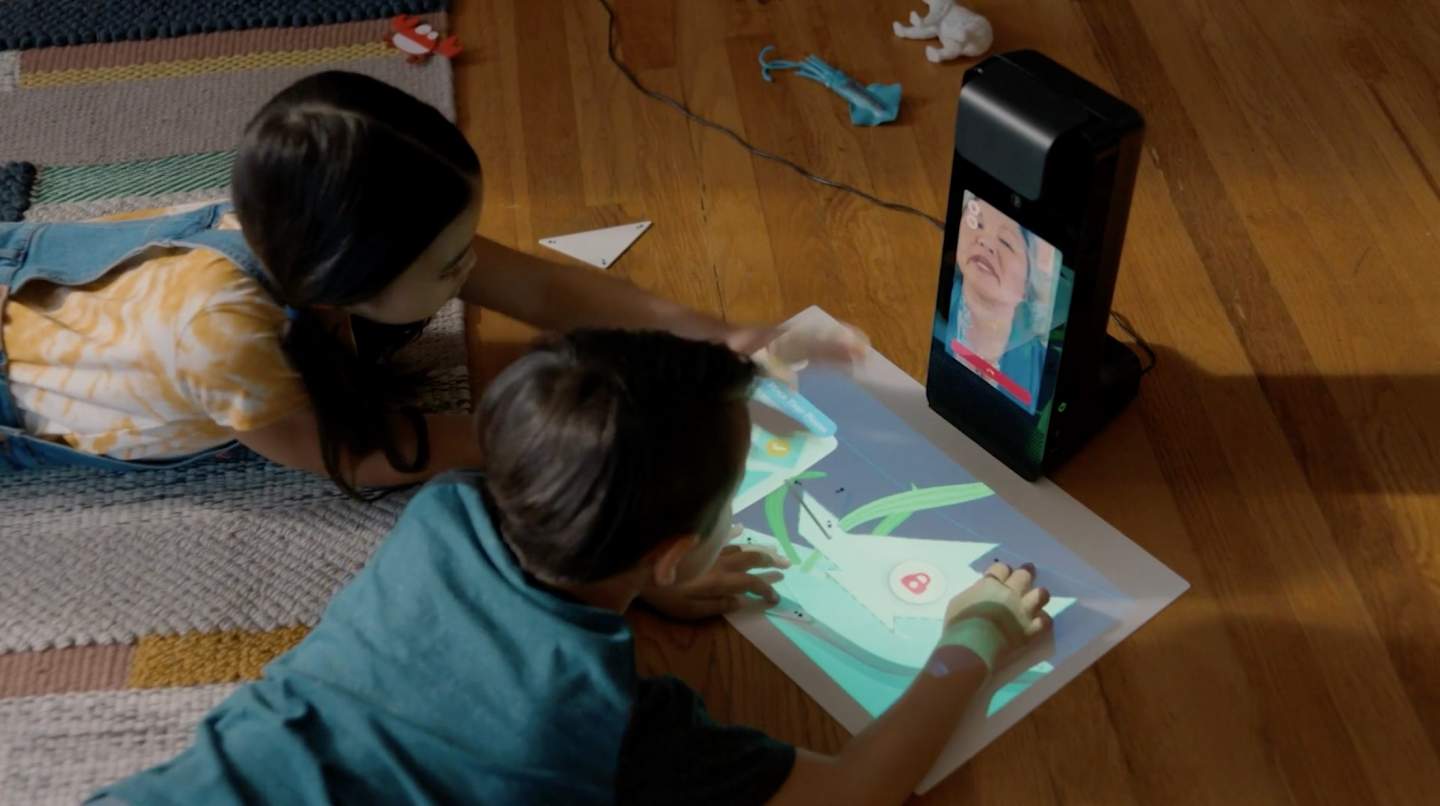 For the person on the other end – whether a parent who’s traveling, distant grandparents, or extended family – there’s a free Amazon Glow app. That runs on phones and tablets, allowing them to interact in turn with what’s being projected for the child. At the same time, they’re shown on the device’s 8-inch touchscreen, though which video calls and more are accessed. 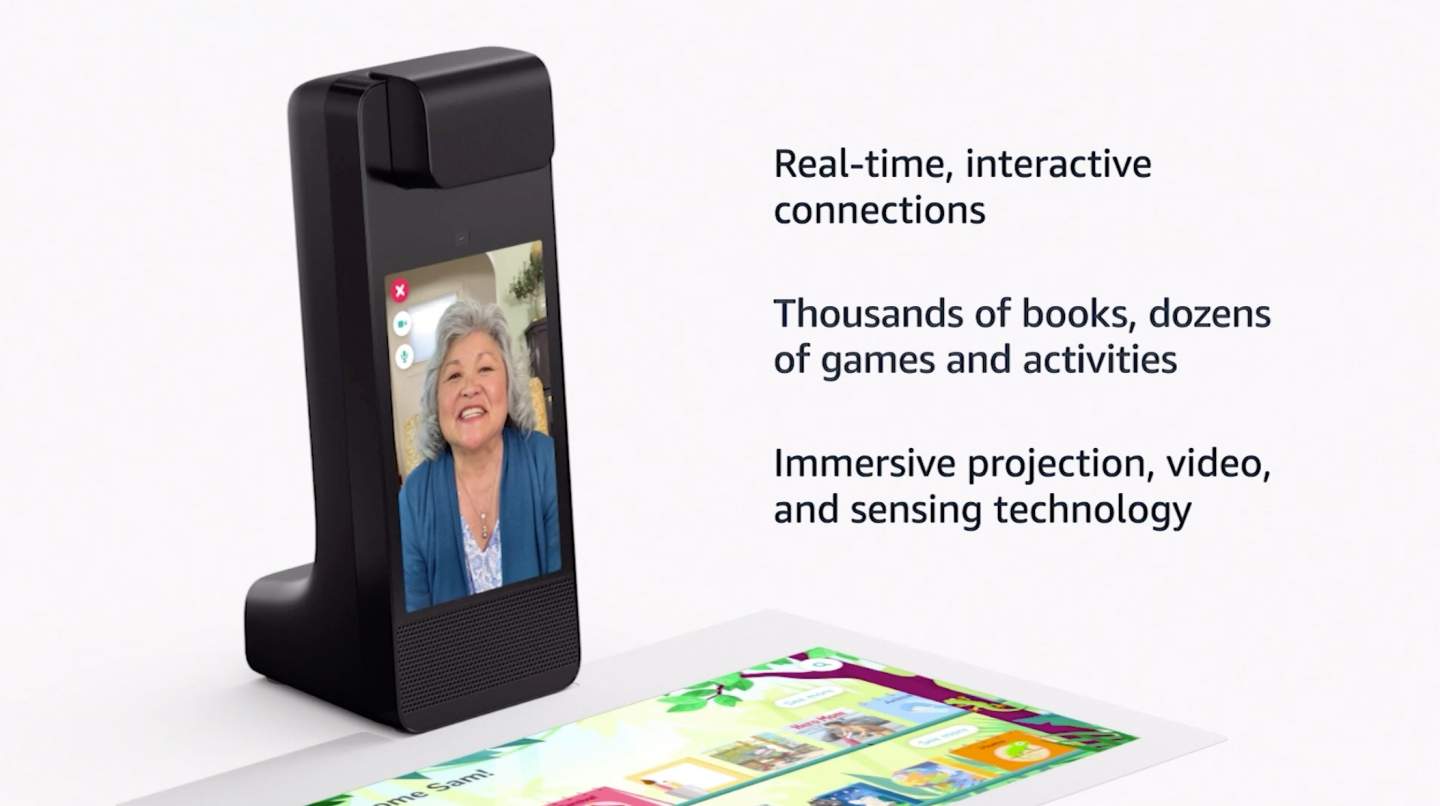 There’ll be a variety of interactive content, with Amazon partnering with Disney, Mattel, Nickelodeon, and Sesame Workshop to begin with. Kids will be able to play Spongbob Squarepants jigsaws, card games with Barbie, and go through story books with Disney characters. However, Amazon Glow will also support creating digital content too. 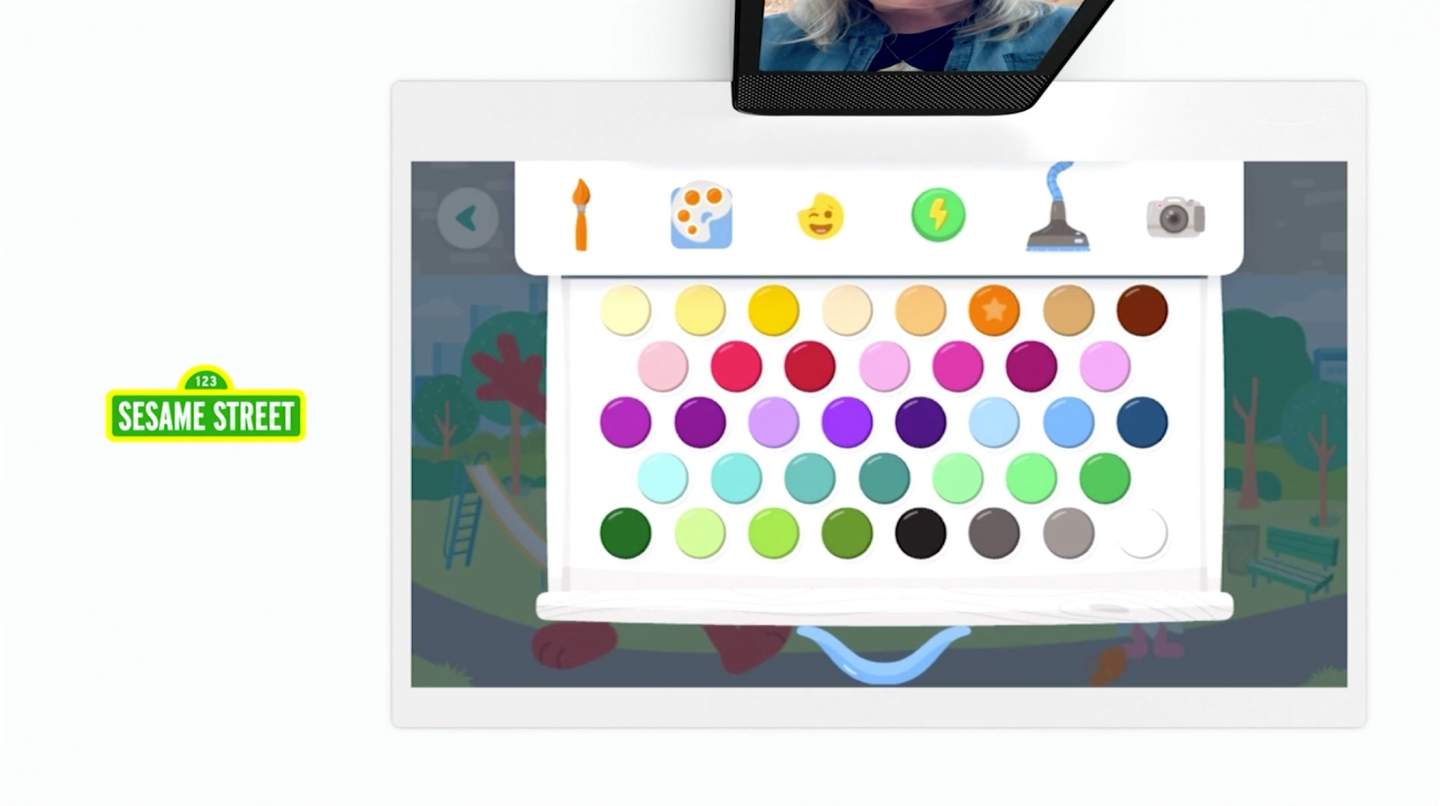 For example, you’ll be able to place a physical object – like a toy – underneath the camera, and have that scanned in. From that, you can create a digital sticker, Amazon says, or even a custom virtual jigsaw puzzle. 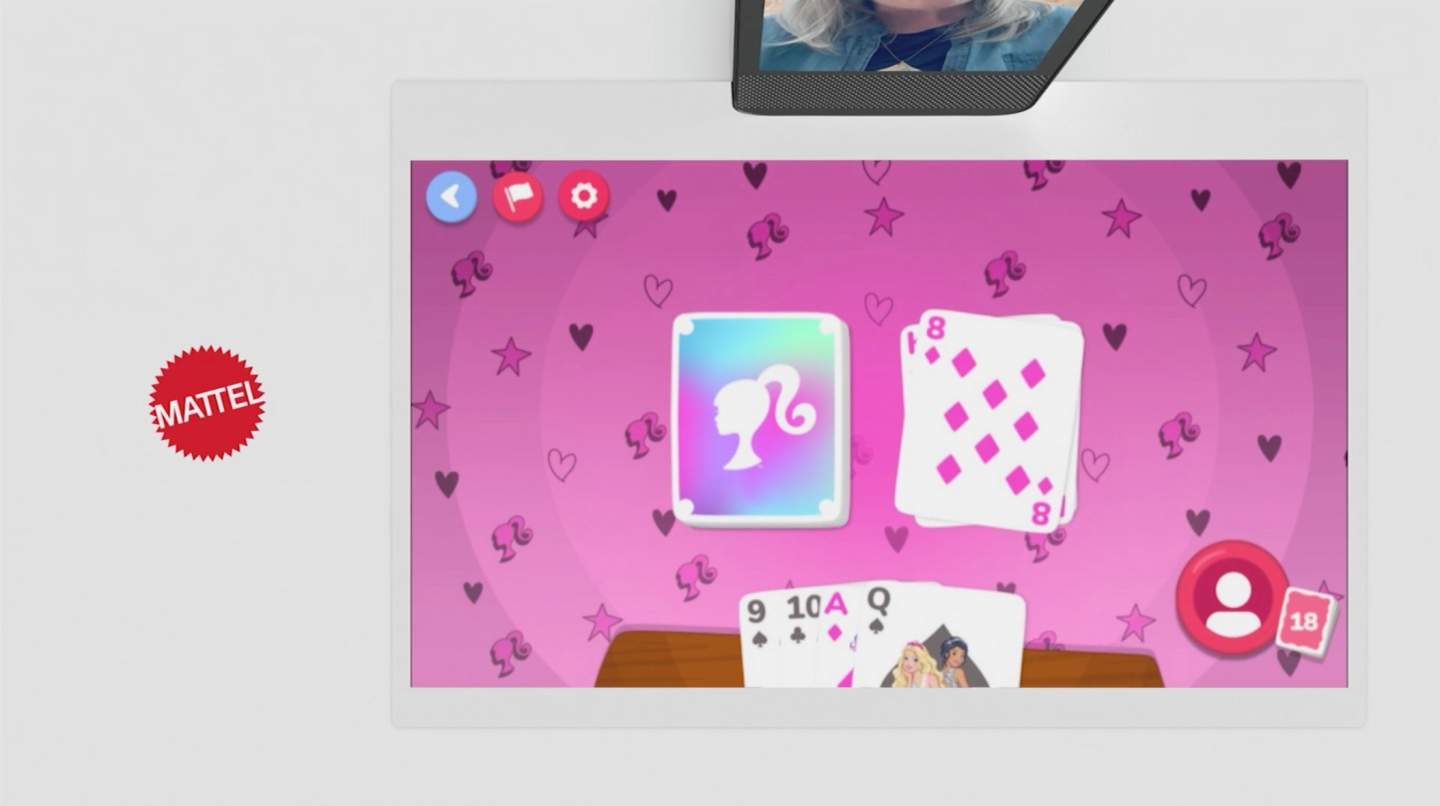 Since privacy around kids is a key concern, there’s a physical privacy shutter on the side of the Amazon Glow. Sliding that up disconnects the microphones, too. Kids will only be able to call preselected contacts that have been approved by their parent or guardian. 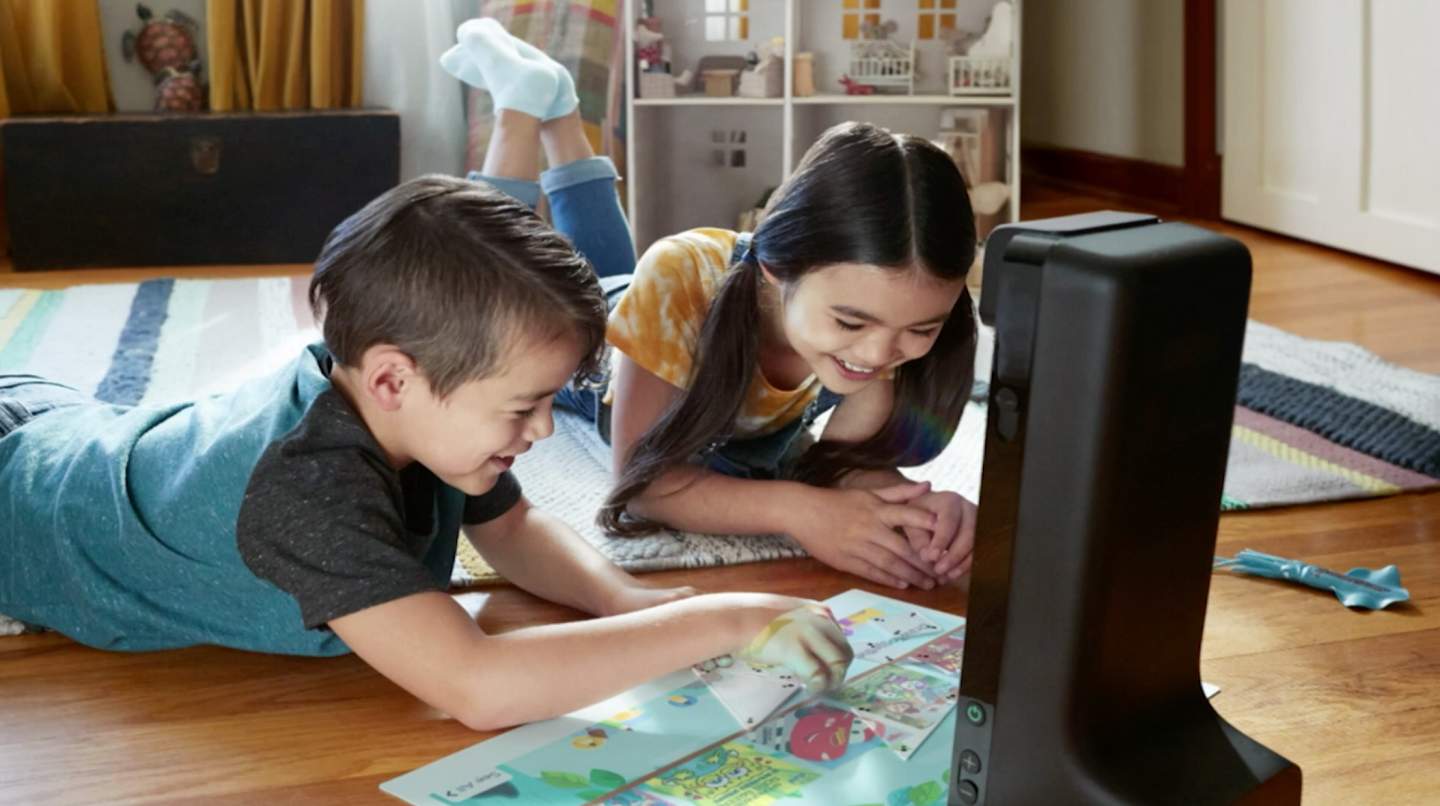 Amazon also has an SDK, which will allow developers to create their own interactive content for Amazon Glow. The company is taking registrations for that now, and expects to open up – with limited partners initially – in the first half of 2022.

As for Amazon Glow itself, that’ll be priced at $249.99; it comes with a 1 year subscription to Amazon Kids+. Preorder requests are being taken now, with the first units expected to ship from next month.