Amazon is expanding its Fire TV range, with the new Fire TV Stick 4K Max going on sale today as the new flagship of the easily-installed streaming devices. Billed as the most powerful Fire TV Stick so far when Amazon revealed it last month, it supports WiFi 6 connectivity along with 4K HDR10+ streaming, Dolby Vision, and Dolby Atmos, with easy wireless surround sound options for those with select Echo smart speakers.

While it may not look any different, outwardly, from the existing Fire TV Stick 4K, the Max version has a new quad-core processor inside and 2GB of RAM. That, Amazon promises, is enough to make it 40-percent more powerful than the Fire TV Stick 4K. The upshot should be quicker load times for apps, and smoother navigation around them.

On the connectivity side, there’s still an HDMI plug on one end, but now Amazon supports WiFi 6. A new 750MHz GPU, meanwhile, works with the new auto low latency mode that switches on automatically when you’re gaming with Amazon Luna, the company’s cloud gaming platform. 16GB of storage is standard, double what the other Fire TV models offer.

There’s 4K UHD, HDR, and HDR10+ support, as you’d expect, and Dolby Vision plus Dolby Atmos. If you have an Echo Studio, or a pair of 4th Gen Echo smart speakers, you’ll be able to wirelessly link those with the Fire TV Stick 4K Max for improved audio quality, including multichannel. 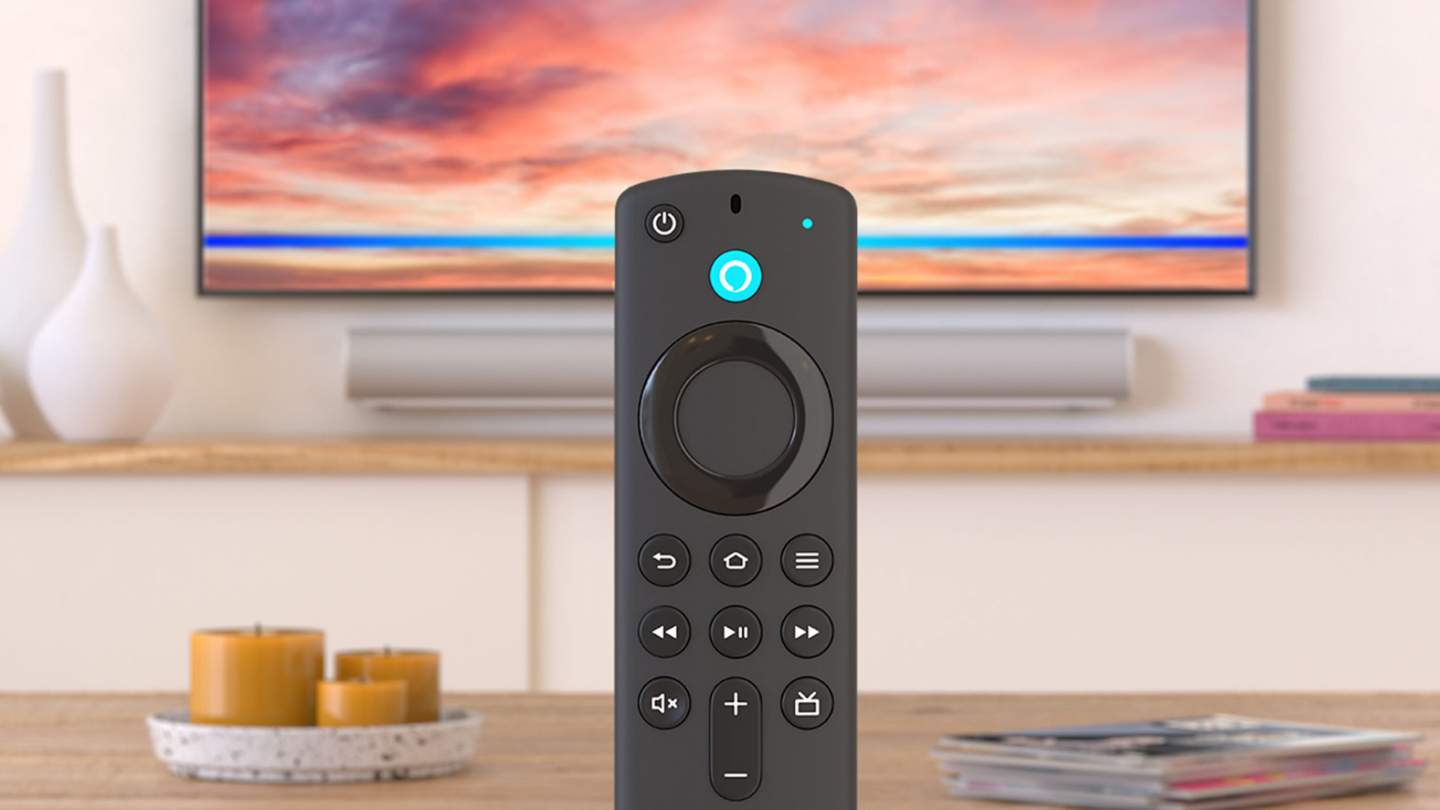 For software, there’s the familiar Fire TV interface as we’ve seen on Amazon’s other recent models. That includes a new main menu UI, a Find page for discovering new content, and up to six profiles for different viewers. Alexa support – and the bundled Alexa Voice Remote – is standard, too. You’ll also be able to ask Alexa to show streaming connected cameras from around the home, with the Fire TV Stick 4K Max the first model to support picture-in-picture for live view camera feeds.

The other big improvement that you might not see – until your electricity bill comes in – is frugality. Amazon says this is its first streaming media player to get Energy Star Certification from day one, which means things like a reduction in power use while in standby. In Low Power Mode, for instance, power consumption is down 15-percent more compared to the Fire TV Stick 4K.

The packaging, meanwhile, uses 97-percent wood fiber-based materials, which Amazon says it sources from either recycled content or responsibly managed forests. An HDMI extender, power adapter, USB cable, and batteries for the remote are included in the box.

The Fire TV Stick 4K Max goes on sale today, priced at $54.99. It’s also available at $99.99 with a bundled Luna Controller, or at $87.97 with a case for the remote and a Mission Cable USB Power Cable for the dongle itself.