Listen to the critics, and Amazon’s Echo Show represents be a honeypot of privacy intrusion and creepy surveillance. Though Alexa, the retailer’s virtual assistant, isn’t new, the addition of a camera to the Echo Show smart speaker gives her eyes in your home for the first time. It’s the circumstances around when those eyes are open – and who can turn on that camera remotely – that is triggering privacy fears.

It’s called Drop In, and it builds on one of the Echo Show’s headline features: video calling. Since it has a display, and a 5-megapixel camera, Amazon has turned the smart speaker into a video call terminal too. Once you share your contacts with Alexa, you can ask to make a voice or video call to another person’s Echo Show, or a voice call to any Echo device or the Alexa app.

Normally, those calls work just as you might be familiar with from Skype or FaceTime. An incoming call shows who is trying to reach you, and the option to answer or not. Drop In, though, does away with that.

When you make a Drop In call, it connects immediately. Anything within microphone range can be heard, while video shows first a “frosted glass” effect – like looking through a shower door – which changes after a few seconds to a regular picture. You can turn the video off during the call by either saying “video off” or by tapping the button on-screen, but what’s apparently worrying some is the fact that the call auto-answers. 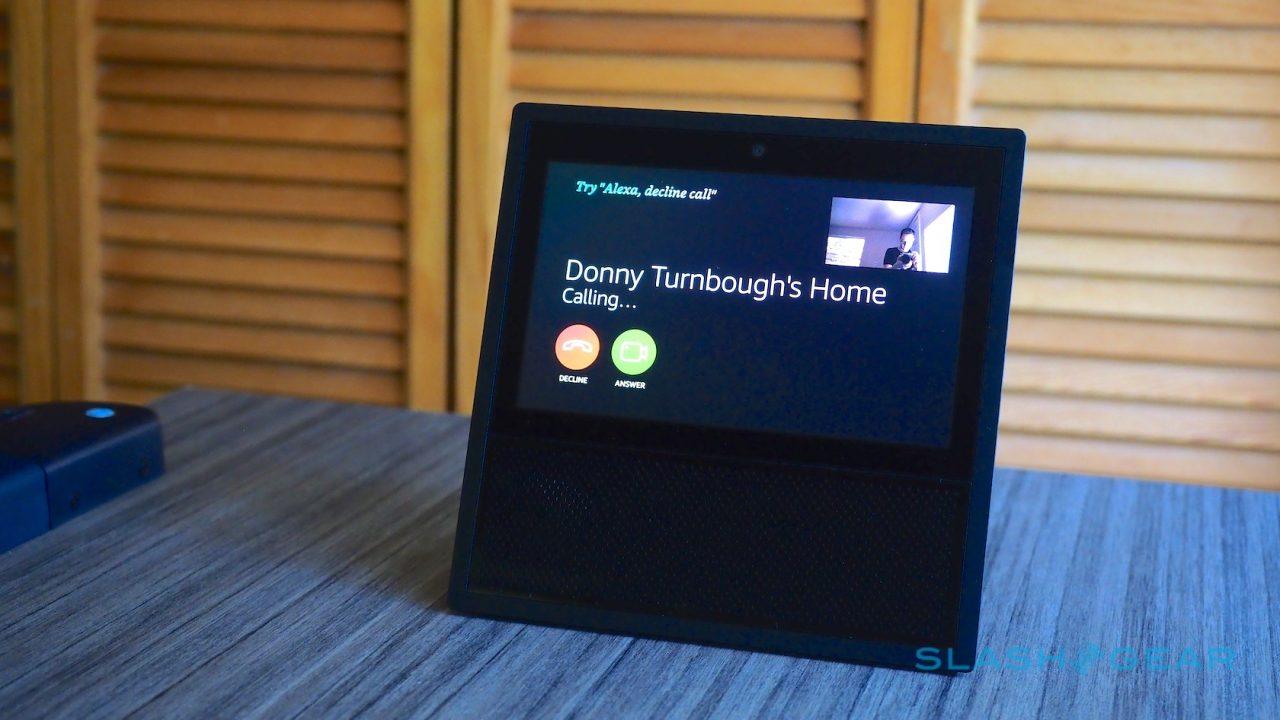 Certainly, that would be concerning if Drop In were the default, but it’s not. In fact, there are several stages of “permissions” to be granted before you can get the system working, not to mention some fairly granular control over who gets Drop In privileges. First off, once you’ve activated Alexa Calling and Messaging, you need to turn Drop In on: it’s switched off by default. 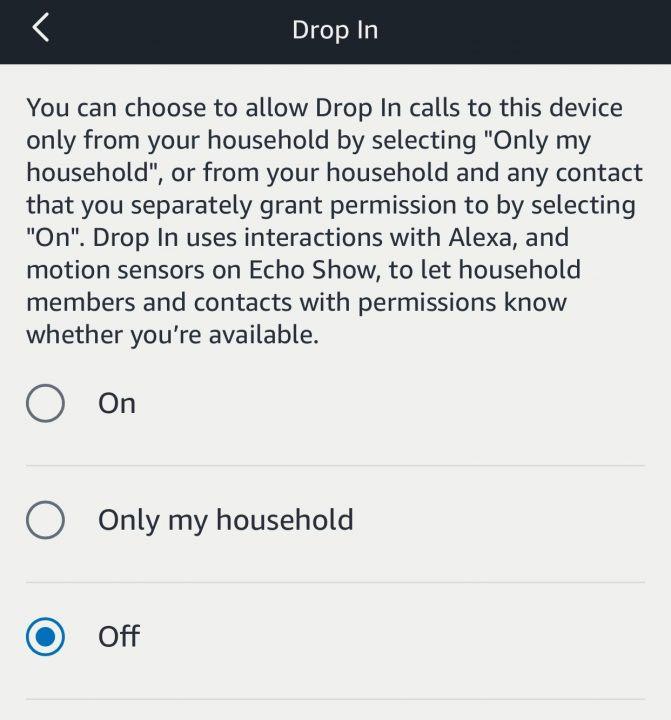 There, you have the choice of either activating it for your entire household – the group of people you can optionally establish in the Alexa app – or only to select people in your contacts. On the other end, the person you want to Drop In on must grant permissions too: you can’t just pick a friend and remotely turn on their camera without them first giving their approval.

A “Do Not Disturb” mode can be used to temporarily disable it altogether, either on an ad-hoc basis or according to a regular schedule, and although it’s launching alongside the Echo Show, Drop In actually supports all of the audio-only Echo devices too. Since they don’t have cameras or displays, they only provide instant-on audio, mind. The Alexa app can be used for starting Drop In as well, though you can’t remotely begin a Drop In call to an app user.

What’s most important is that you needn’t use Drop In at all. Video calls made to and from Echo Show, and voice calls with other Echo devices and the Alexa app, don’t demand that Drop In be enabled: it’s just an added-extra. Amazon’s suggestion is that it could be useful for checking in on elderly relatives who might not understand how to answer a video call, or to quickly monitor a child’s room. Just like the thousands of third-party Skills Alexa supports, though, those features might be relevant to you or they may not. You’re under no obligation to use them.

That’s not to say that there aren’t potential security risks with Echo Show, just as there could theoretically be with the original Echo and Echo Dot, and indeed Google Home and other smart speakers. Bringing an internet-connected device with microphones and a camera into your home is an act of trust, after all. Can you rely on Amazon, or Google, or another company to keep an adequate lock on your data?

They’re legitimate questions you should be asking yourself, and indeed while Echo Show and the other smart speakers are clever in many ways, you may well decide they don’t have enough benefits to allay the concerns. As for Drop In, though, it may not be a feature you use, but there’s no need to be afraid of it.