Amazon’s Echo Link Amp is finally available, giving audiophiles who want Alexa control for their music but with the option to use high-end speakers, a better way to listen. Announced last year amid Amazon’s huge splash of Alexa-powered products, the Echo Link Amp acts as a bridge between pro-audio and streaming sources.

It’s the most expensive Echo product in the line-up, though by audiophile standards the Echo Link Amp is actually relatively affordable. Inside the unobtrusive black box there’s a two channel Class D amplifier delivering 60 watts per channel.

On the back, there’s a pair of RCA analog inputs, a digital coaxial input, and an optical input. There are also RCA stereo analog outputs and an RCA connection for a subwoofer. Digital outputs include coaxial RCA and an optical. Finally, there are left and right speaker binding posts. 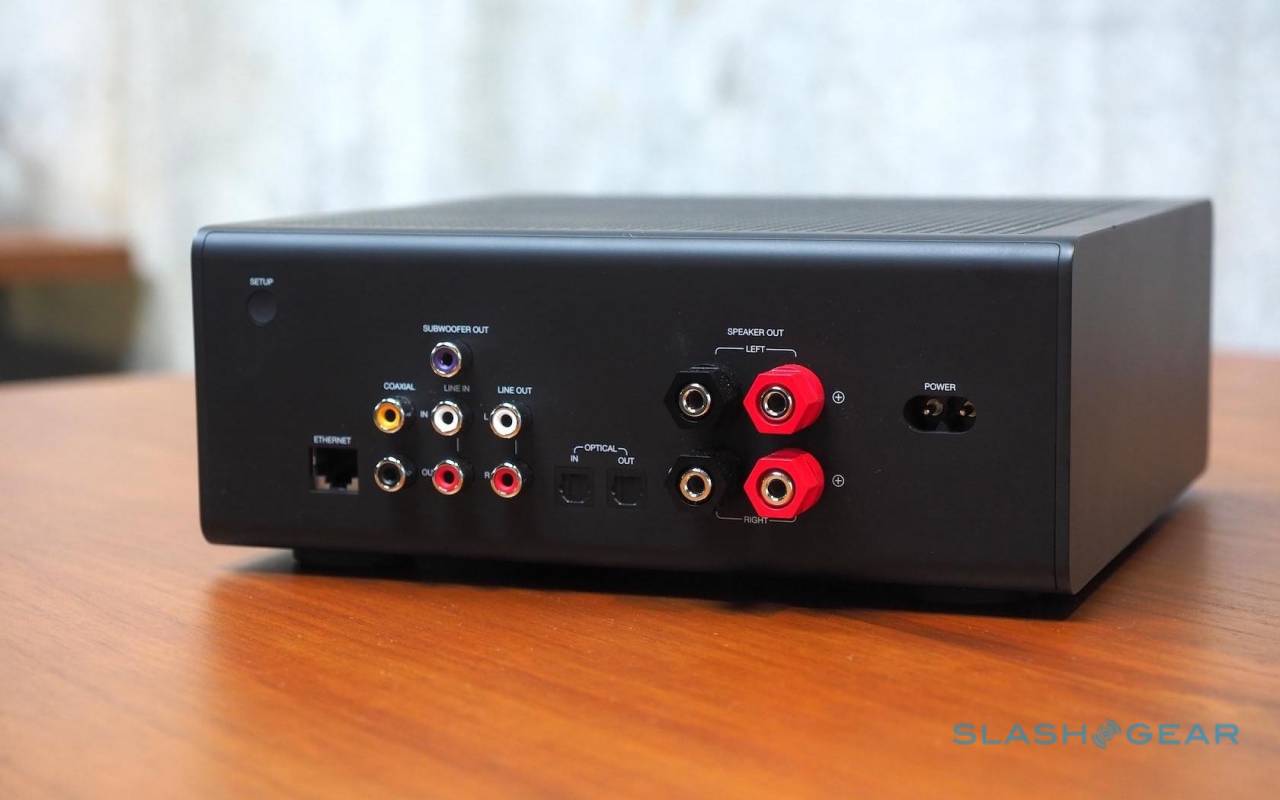 A 3.5mm output for headphones works with an onboard TPA6120A2 headphone amp, for more private listening. The Echo Link Amp is priced at $299.99.

There’s also an ethernet port to get the Echo Link Amp online, together with WiFi a/b/g/n/ and Bluetooth. What you don’t get, however, is a microphone. If you want to speak to Alexa, you’ll have to pair the Echo Link Amp with a separate Echo smart speaker, like the Echo Dot.

As for music services, there’s obviously Amazon Music support. Apple Music, Spotify, Pandora, Tidal, Deezer, TuneIn, iHeartRadio, and SiriusXM are also supported, or you can pair a device via Bluetooth and stream locally from that.

That’s not to say there aren’t any limits. The Echo Link Amp can’t handle TV or video inputs, and nor can it use its ethernet port to access network-shared music on a NAS or computer. Audio piped in through the line-in, or via Bluetooth, can’t be played to multiple rooms at once, either, and nor can music accessed from an Amazon Music Unlimited Single Device Plan. 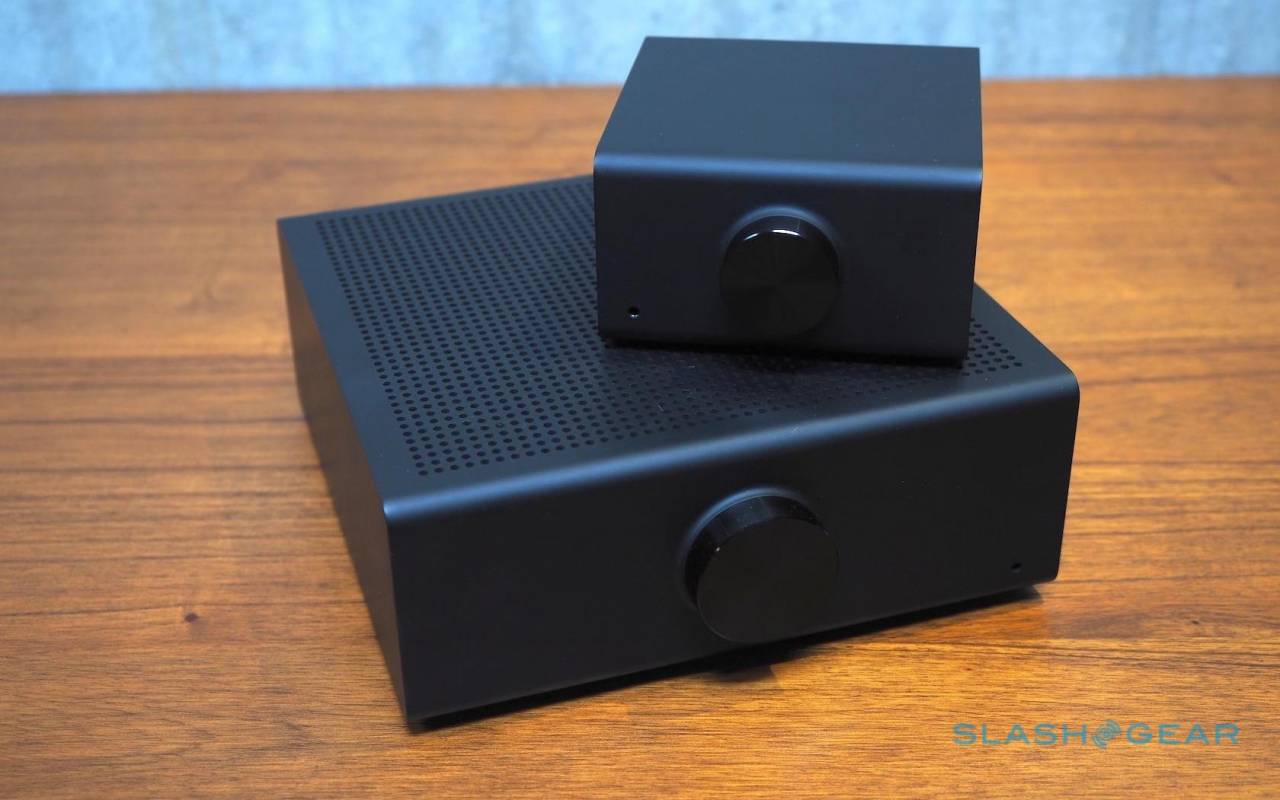 The Echo Link Amp – and the $199.99 Echo Link, which is similar though lacks the amplifier – are undoubtedly niche products. Most listeners will probably be satisfied with the Echo Input, Amazon’s coaster-sized audio interface. That makes do with a mere 3.5mm stereo output jack, but is a whole lot more affordable. Indeed, Amazon is currently offering it for $19.99, rather than the usual $34.99.