Smart glasses may bring to mind complex augmented reality eyewear, but Amazon’s Echo Frames are taking a more focused approach with Alexa using audio alone. Announced at today’s hectic Amazon hardware event, the Alexa smart glasses are part of what the retailer is calling its Day 1 Editions range: products it’s experimenting with, and will be offering to buyers by invitation only.

First impressions are surprising, for just how normal the Echo Frames look. You’d swear, in fact, that they’re a regular pair of glasses. Made of black plastic, with a mixed gloss and matte finish, they weigh just 31 grams: less, indeed, than some non-smart glasses are. 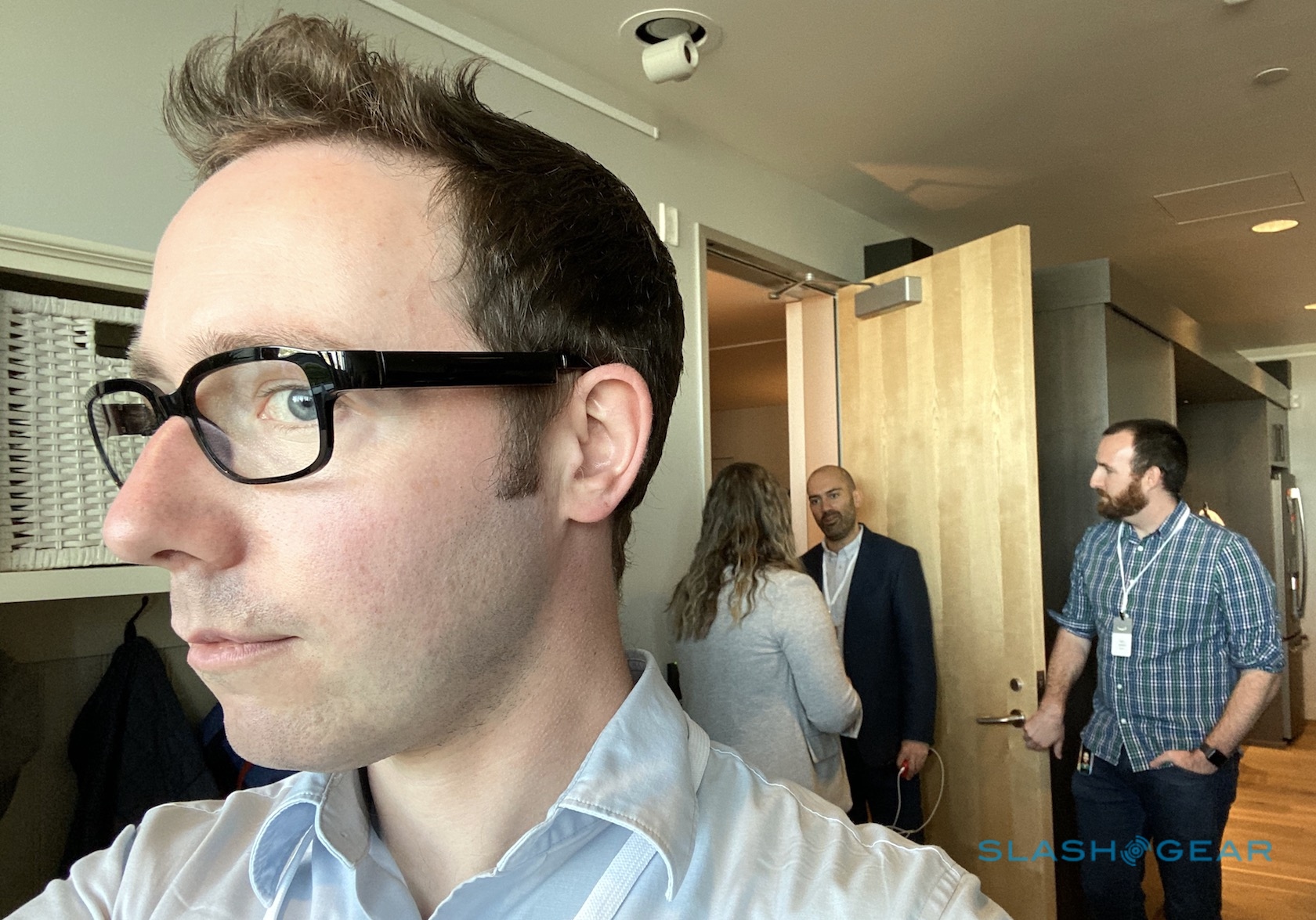 Despite that, Amazon fits in two speakers on each side, batteries, connectivity for your smartphone, and microphones. You can trigger Alexa as you would a regular Echo smart speaker. Amazon will supply the Echo Frames with clear plastic lenses, but has designed them to be fitted with prescription lenses or tinted lenses if you’d rather have smart sunglasses.

For the moment, it’s one size, one shape, one color, and one $179.99 price. Amazon has opted for a unisex set of black frames, notable for just how chunky they’re not. Unlike other smart glasses, which typically have huge arms, Amazon’s are evenly-shaped and relatively slender. 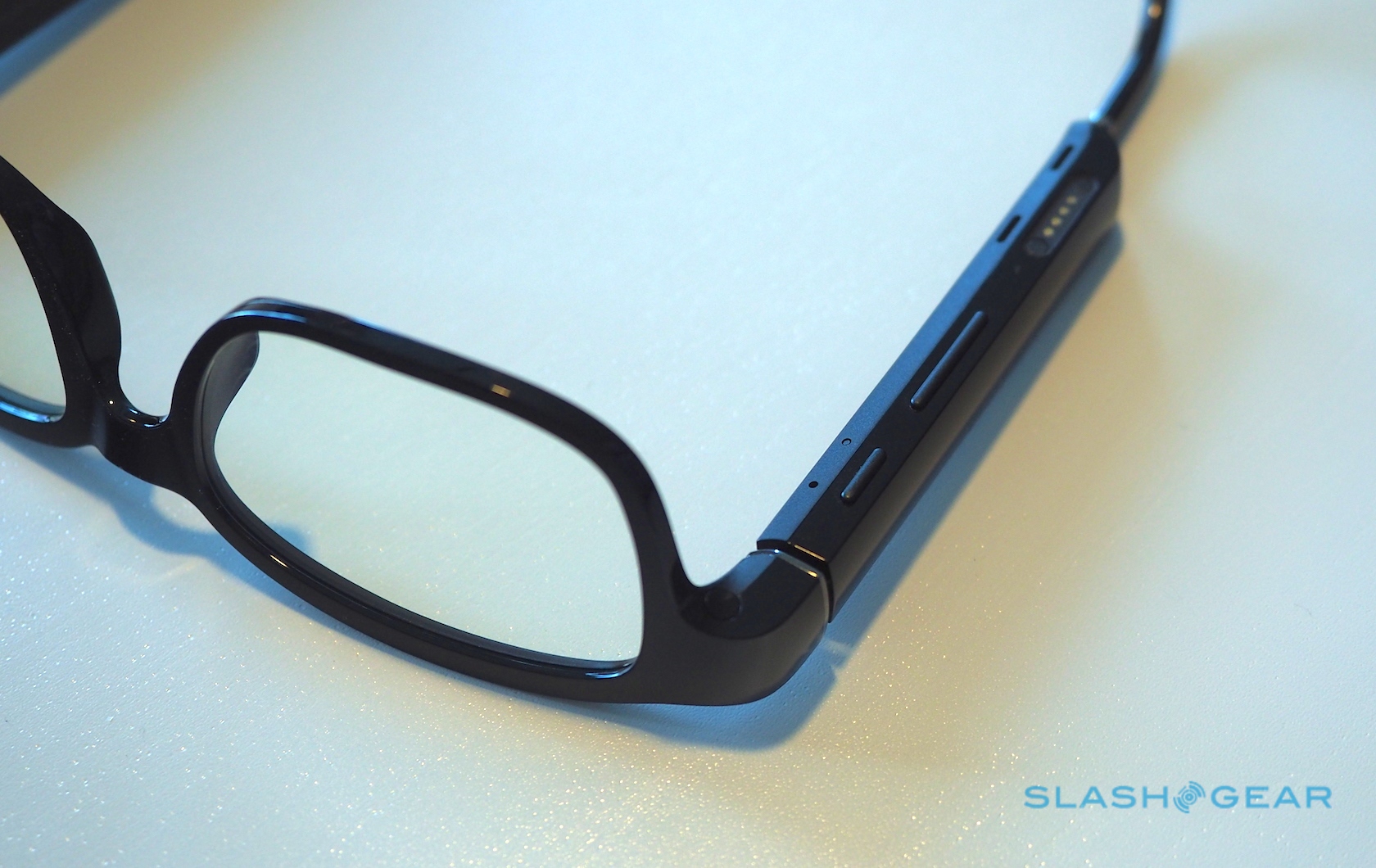 Indeed, there’s a real sense that someone who actually wears eyeglasses themselves was involved with the design of the Echo Frames. The weight of the batteries, electronics, microphones, and other components are evenly spread along the arms, rather than front-loaded. That should help avoid undue pressure on the bridge of your nose.

Those arms also have a hinge that allows them to spread outwards as well as fold up like regular spectacles. It’s something which regular glasses-wearers will know can have a big impact both on comfort but also durability, as the stress placed on hinges through regularly putting eyewear on and taking it off can make them the first spot to fail. Flexible grips to go behind your ears are another nice touch. 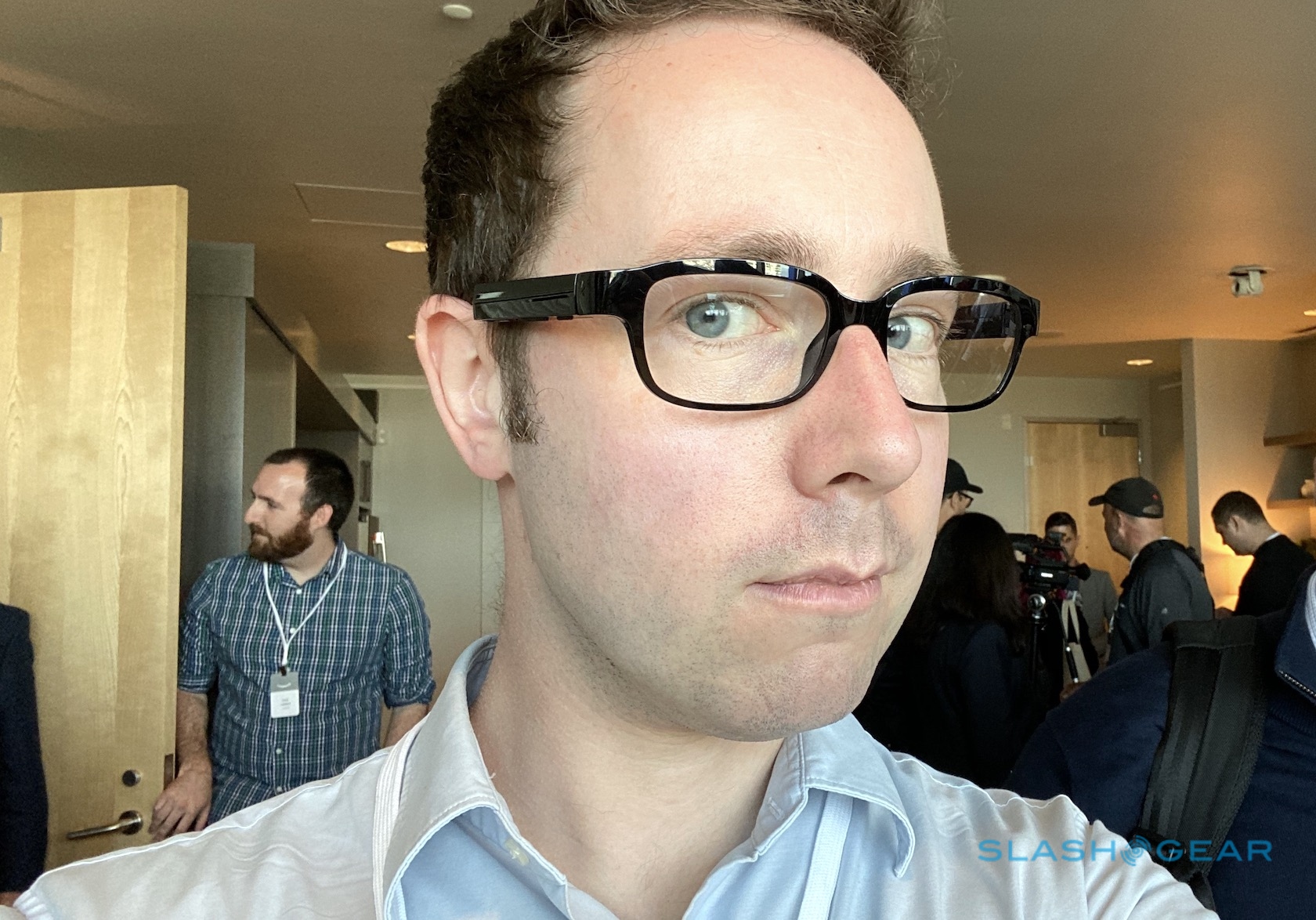 Of course, one of the reasons Amazon’s smart glasses can be so slender in comparison to, say, North’s Focals or some of the other versions we’ve seen recently is because they don’t include a display. There’s no way to see what Alexa is showing you, or get head-up notifications or navigation instructions. Everything is audio-only.

That seems like a sensible route for Amazon to take, both in terms of bulk and battery life, but also in general functionality. You could well argue that Alexa is already well positioned for such a strategy, too. Although smart displays running Amazon’s assistant have been increasingly popular in recent years, like the Echo Show, the technology started out as voice-only from the beginning. Most of the skills Alexa delivers on most usefully and consistently are all handled by audio. 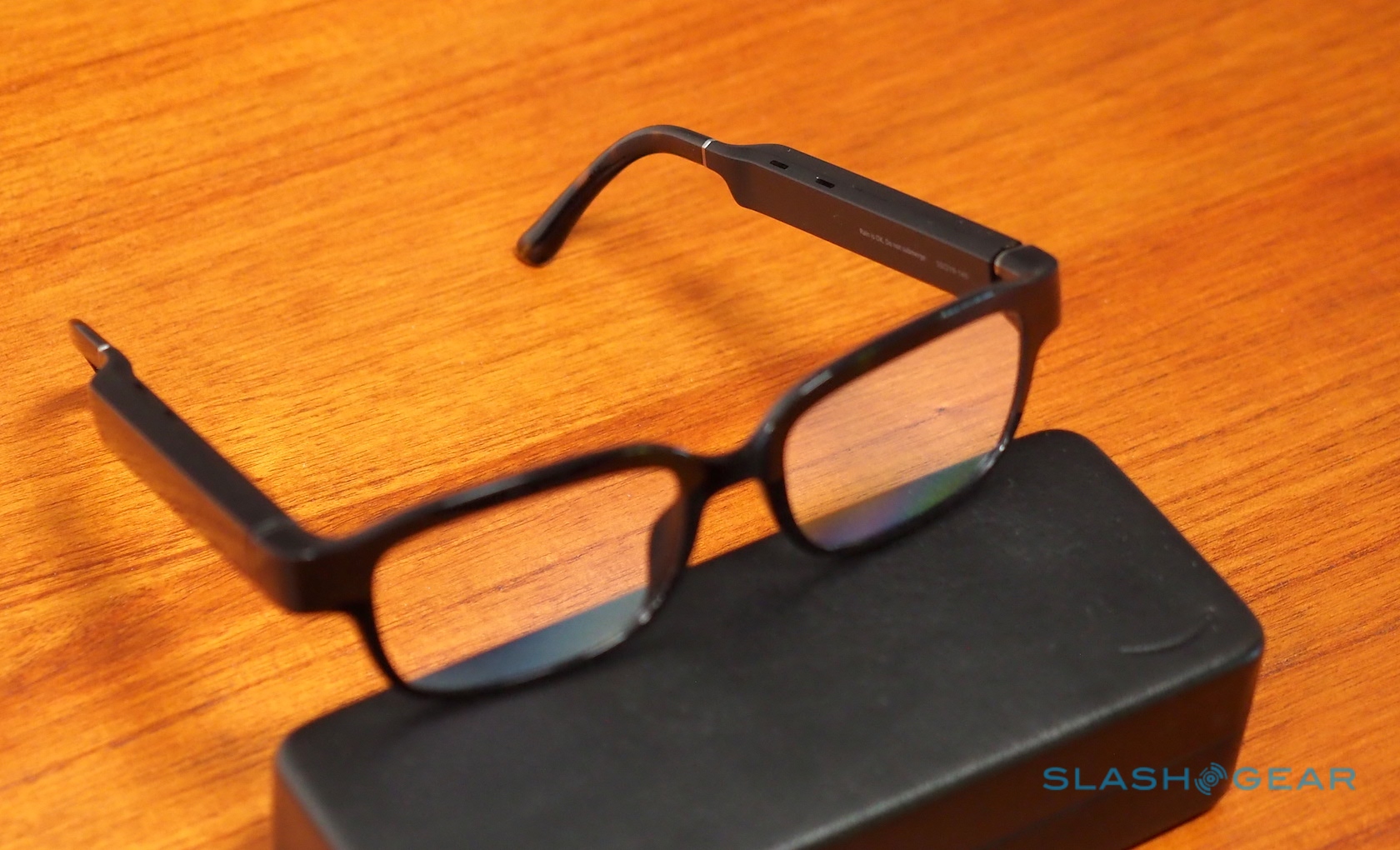 My time wearing the Echo Frames was relatively limited, and it was in a fairly loud demo environment too. Still, I could hear Alexa whispering into my ear after I triggered her with the familiar wake-word, delivering navigation instructions, answers to questions, and more. You can play back music too, though Amazon is quick to caution that the quality isn’t going to live up to a set of proper headphones or earbuds.

Nonetheless the way the smart glasses handle notifications and music is nicely done. A Ring door sensor being tripped triggered an audio alert that the door had been opened, the music playback dipping in volume just enough that I could hear Alexa’s warning, and then resuming afterwards. You can control volume with buttons underneath the right arm, where there’s also a button that mutes the microphones. You can set up a VIP list to control what notifications, messages, and alerts get piped through.

One reason not to rely on them for music is battery life. The constraints of size and weight have left the Echo Frames with sufficient power for 14 hours of mixed use or 3 hours of music playback. That might not sound much in terms of wireless headphones, but it should be enough for a day’s casual Alexa use. [Update: it looks like you’ll be able to directly recharge the Echo Frames by attaching Amazon’s proprietary magnetic plug to one side of the glasses. We’ve also updated the battery estimates.] 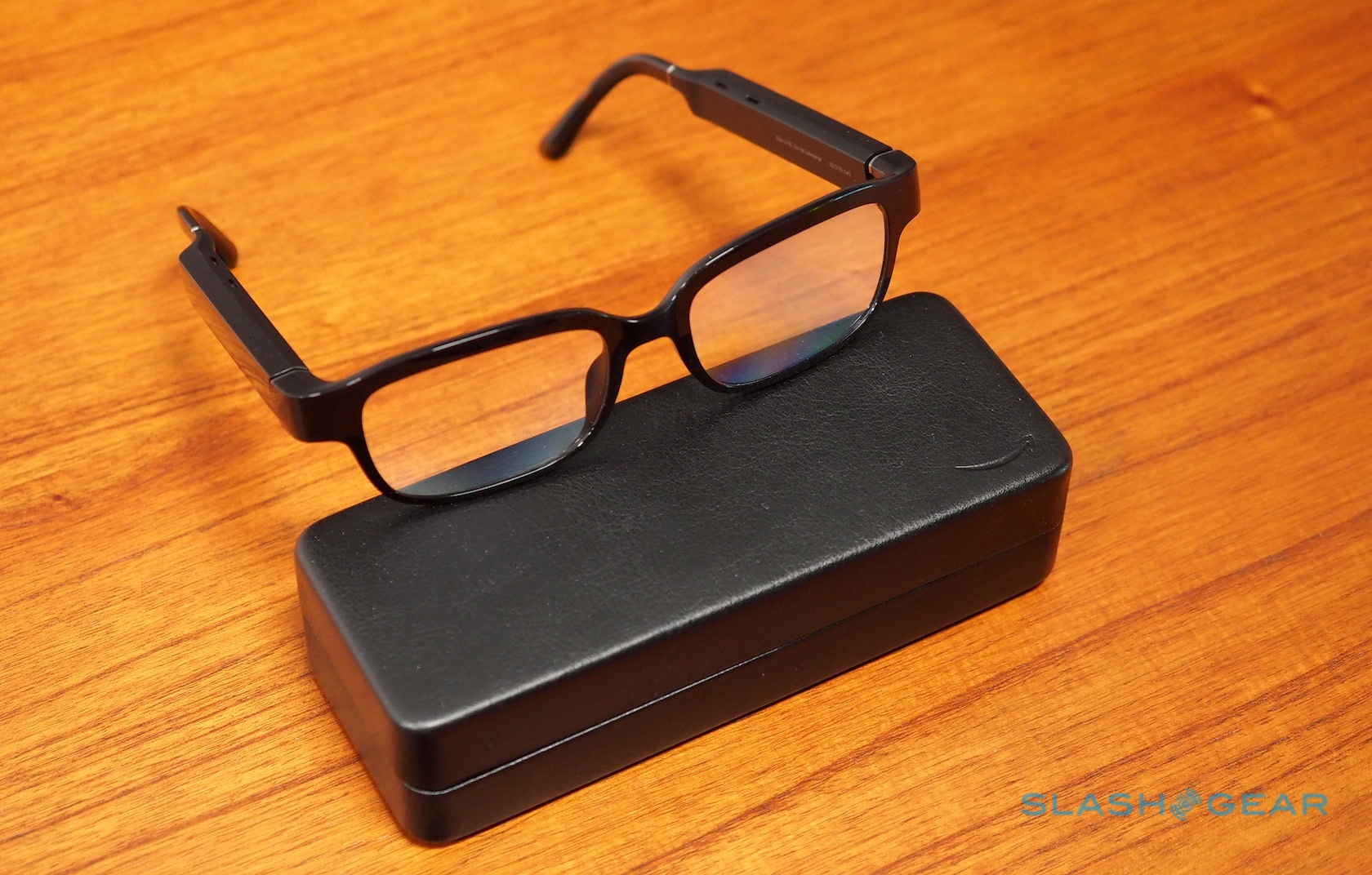 Anybody will be able to apply for the opportunity to buy a set of Echo Frames but, just as we’ve seen with the Echo Auto and – way back when – the original Echo, not everybody will be selected. Amazon tells me that it’ll be watching the reception the Echo Frames get before making a decision on whether to go ahead with more iterations of the form-factor. There are some other limitations too: the Echo Frames will only work with Android phones, for example, not iPhones.

Nonetheless, out of everything Amazon announced today, the Echo Frames are the gadget I’m most intrigued by. Smart glasses with displays are great in theory, but the limitations of display and battery technology mean they come with some serious compromises. In contrast, while Alexa can’t do everything you might want an assistant to do, the core set of skills Amazon’s AI brings to your face presents an interesting alternative to a smartwatch or other wearable. You can apply for an invitation to buy now, and they’ll be shipping later in the year. 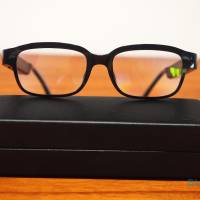 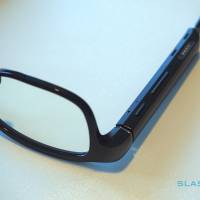 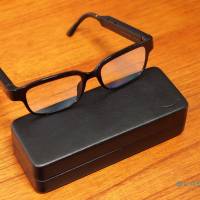 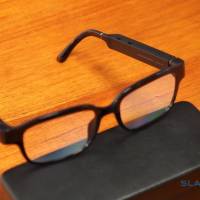 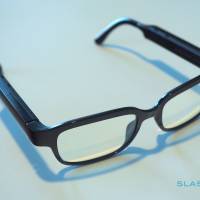 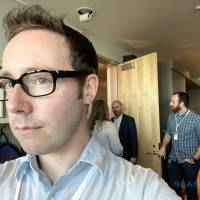 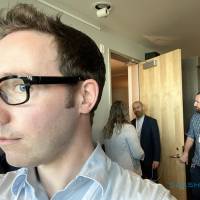 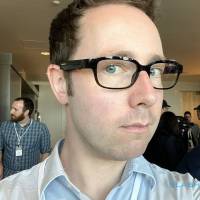