Alzheimer’s cure and cause hypothesized in new research

This week Alzheimer’s Disease was found to be scientifically associated with the simple act of brushing one’s own teeth. Several studies have been converging on porphyromonas gingivalis (PG), or (PG), bacteria associated with the proliferation of gum disease. A study published this week puts PG in position to be a major factor in breaking down the brain on the pathway to Alzheimer’s Disease. In studies performed thus far, results seem to be pointing in a major way toward PG having something major to do with AD – extremely major.

From this point forward, I’ll be calling Alzheimer’s Disease (AD). In this study, researchers tested for a PG-specific protein and DNA in the cortex of AD samples and control samples. They discovered said protein and DNA in all of their AD patient samples, and in none of their control samples. Obviously they’ll need to run this same test again and again until they’ve got definitive results as a set of 10 brains (their living tissue test set) isn’t enough to make a conclusion just yet – but the results so far look pretty solid. 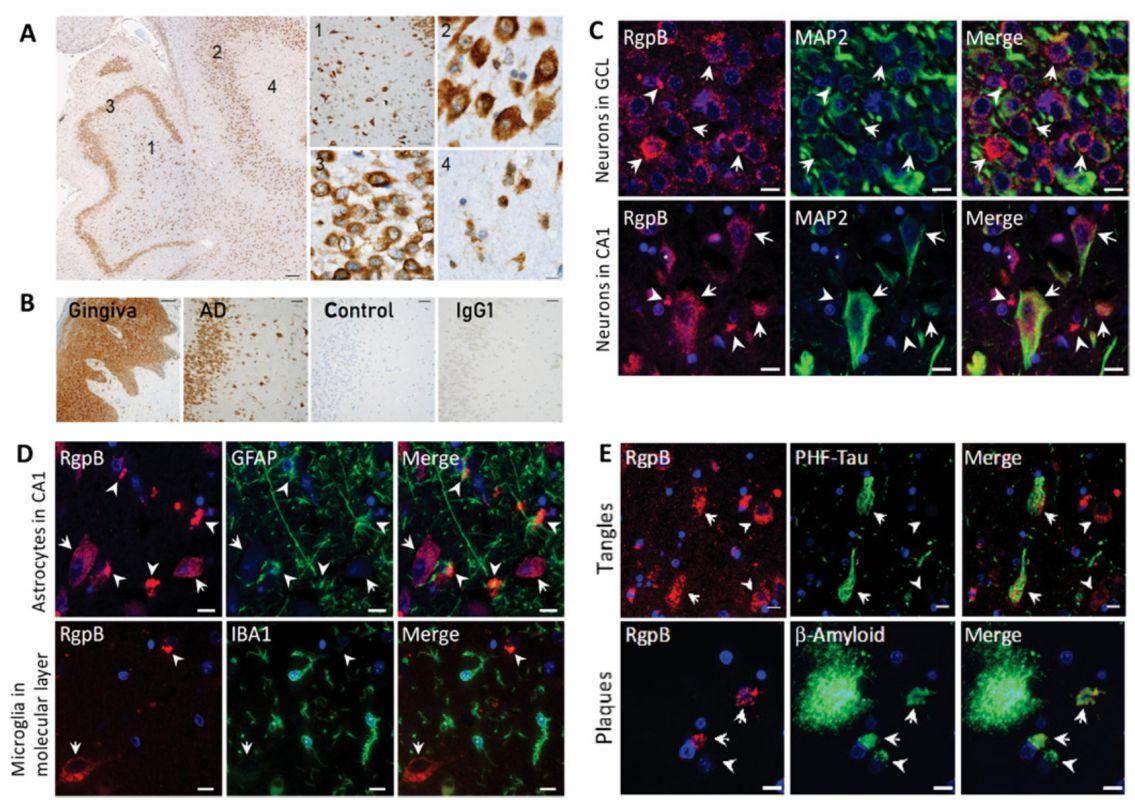 Evidence also comes from RgpA, RgpB, and Kgp, defined in the next section in this article at length. RgpA, RgpB, and Kgp are Gingipains that come from PG. Gingipain-specific antibodies CAB101 and CAB102 target RgpB and Kgp, respectively. When these antibodies were applied to all test subjects, AD subjects reacted significantly more than control subjects. 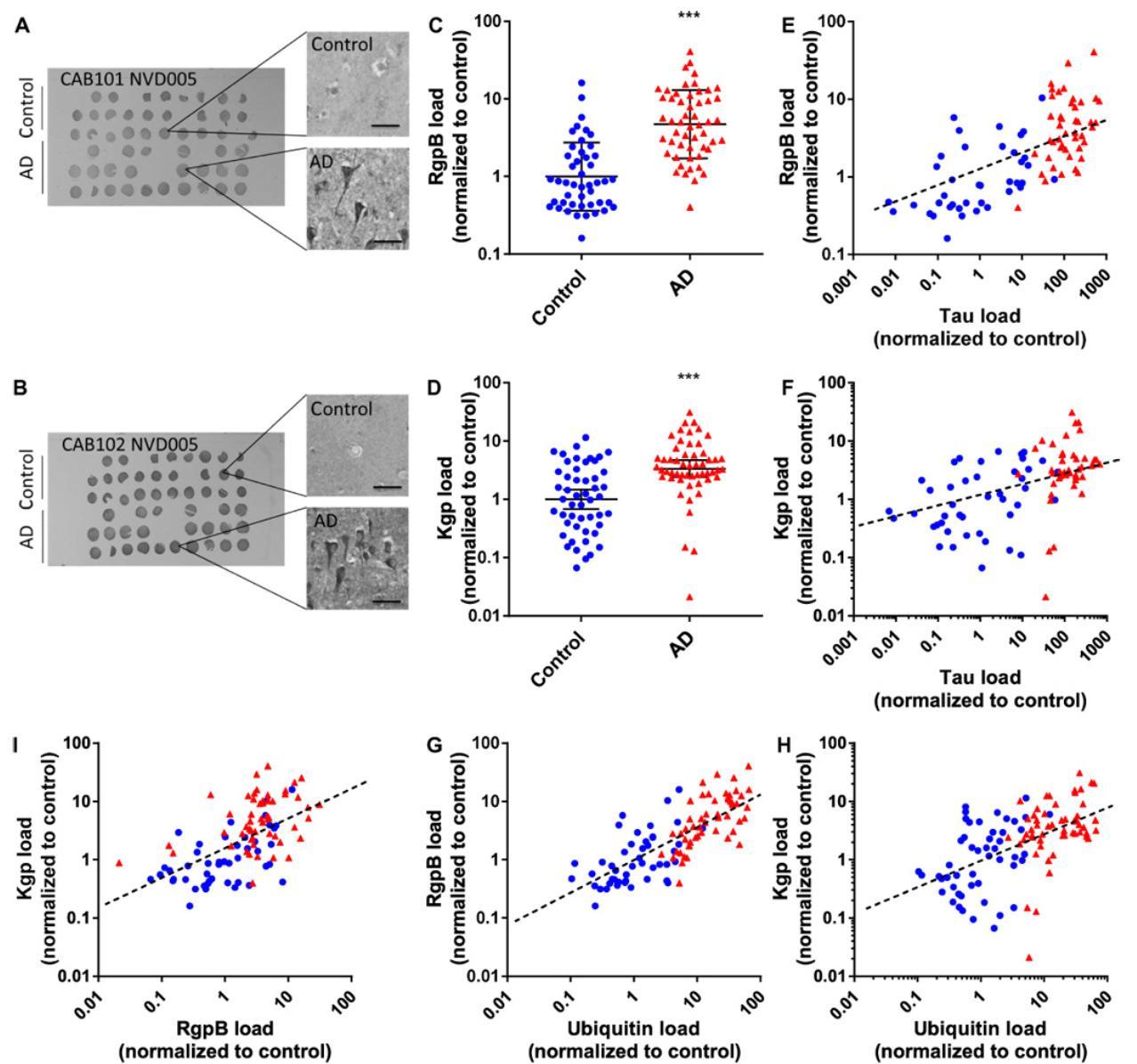 What are PG and Gingipains?

PG, porphyromonas gingivalis, is a asaccharolytic Gram-negative anaerobic bacterium. What’s important with regard to AD is the fact that PG produces something called gingipains. Gingipains Kgp, RgpA,and RgpB are the three we’re following in this research. These little monsters are basically like scouts – like the first space aliens that come down to destroy, harvest, and pave the way for the rest of the alien invasion in a sci-fi story. 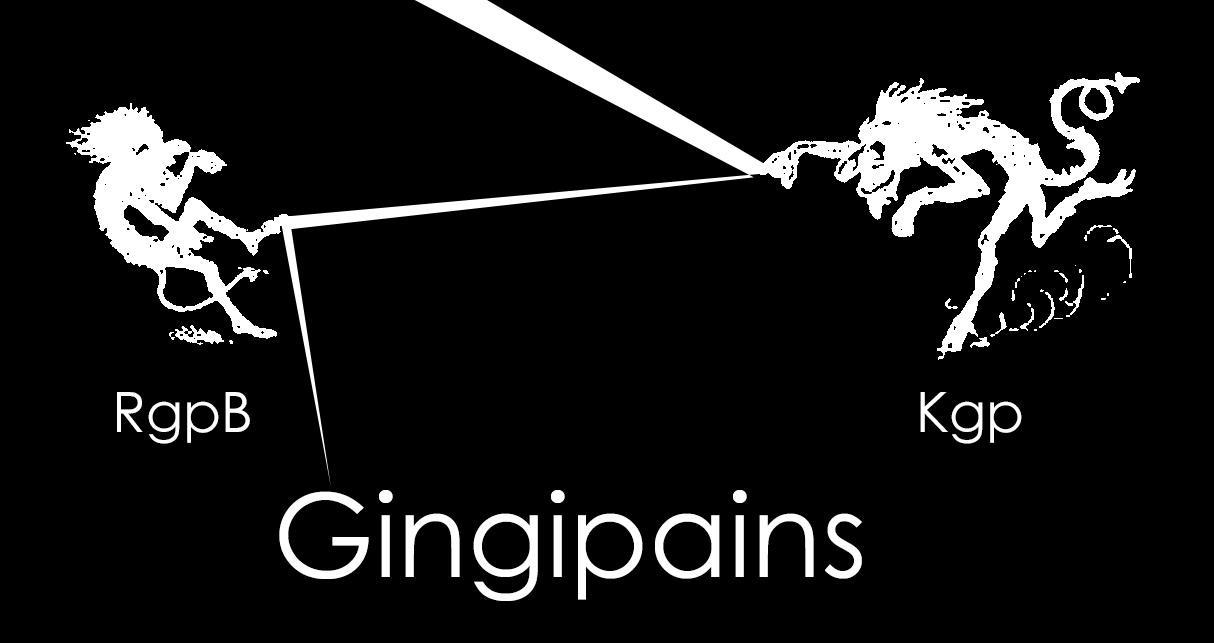 Gingipains destroy your body’s defenses so the PG can live and grow in peace. Gingipains host colonization, allowing the PG to grab hold of your cells and thrive. Gingipains acquire iron and nutrients with which the PG can grow in your body.

Gingipains destroy tissue of many sorts – not just the defenses mentioned above. The research released today cites a paper for this bit about Gingipains – you’ll likely get the idea from the research’s title alone: “Dichotomy of gingipains action as virulence factors: From cleaving substrates with the precision of a surgeon’s knife to a meat chopper-like brutal degradation of proteins.”

What does PG do in Alzheimer’s patients brains?

“We hypothesized that P. gingivalis infection acts in AD pathogenesis through the secretion of gingipains to promote neuronal damage.” That’s what the study says. In PG’s quest to live in a host’s brain, it sends out gingipains to destroy your brain. Because of this brain destruction action, it could be that the presence of PG leads to AD – and in turn could be the key to stopping AD before it starts.

“We developed and tested potent, selective, brain-penetrant, small-molecule gingipain inhibitors in vivo,” said the study. “Our results indicate that small-molecule inhibition of gingipains has the potential to be disease modifying in AD.”

What can be done?

I and we are not qualified to give you any sort of advice on the treatment or prevention of Alzheimer’s Disease – for that you’re going to want to speak with your doctor. But if my understanding is correct, a good place to start avoiding AD might be making sure you brush your teeth twice a day. Your dentist was right when she said you should keep taking care of your teeth into adulthood and beyond.

Taking care of your teeth can help avoid PG – PG is part of the pathogenesis, or pathway to creation, of periodontitis (gum disease.) In preventing gum disease, you’ll also be stopping PG from eating away at your brain. These connections may mean that keeping your teeth clean is the key to stopping Alzheimers before it starts.

To learn more about the subject, head over to the full study by Stephen S. Dominy, Casey Lynch, et al. under title “Porphyromonas gingivalis in Alzheimer’s disease brains: Evidence for disease causation and treatment with small-molecule inhibitors.” This paper can be found in the latest issue of Science Advances with code DOI: 10.1126/sciadv.aau3333 this week. This research was published in Science Advances, 23, Jan 2019, Vol. 5, no. 1, eaau3333.