All New HTC One photos leak comparing size to One Max

Fans of HTC smartphones have been teased by the smartphone maker for a while about the new device that is in the works called the HTC One. The phone is also known as the HTC M8. Some tidbits about the device have been rumored, but so far, nothing official has been offered by HTC other than a teaser video you can see below.

Today some new images of the HTC One, aka M8, have hit the web via Chinese social network Weibo. The images show the larger HTC One (M8) compared to the older HTC One Max phablet. The new HTC One is the smaller phone in the pictures and the images clearly show a front camera, a big screen, and buttons on the front for accessing Android functions.

One of the things notably missing from the new One is a headphone port on the bottom like the Max has. The leaked photos don’t offer a look at the top of the One. Presumably, the top is where the headphone port is. Rumors continue to suggest that the new HTC One will use an aluminum unibody.

A video that leaked before shows the HTC One and its Sense 6 UI. The smartphone is also tipped to have a new Ultrapixel camera. HTC is expected to launch the smartphone on March 25. 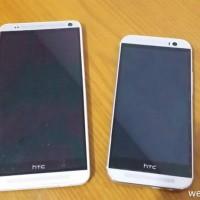 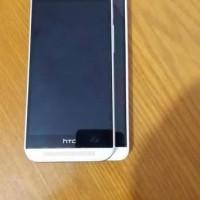 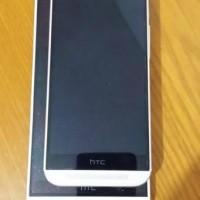 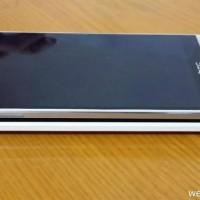 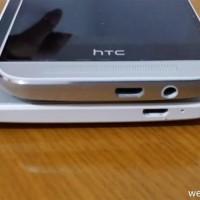