Mercedes-Benz unveiled the concept GLB at the Shanghai International Auto Show, and at the time, it appeared to ticked all the right boxes for a small and capable SUV. It’s built on a compact platform while offering to seat seven passengers with all-wheel-drive, and a modern cabin.

The all-new 2020 Mercedes-Benz GLB is finally here. The GLB’s wheelbase is 1.7-inches shorter than the GLC, but longer than longer than the GLA by 5.1-inches. As a result, there’s some truth to the seven-seat capabilities of the GLB. We’re guessing the third-row is going to be tight for full-sized adults, but it’s reasonably adequate for children, medium or small adults. On the plus side, the cabin is roomy enough to accommodate four child seats in the middle and third row combined. 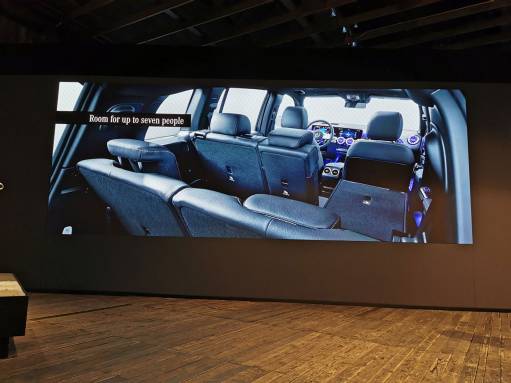 The 40/20/40 split-folding second-row seats make for easier ingress, egress and easy loading. The five-seat configuration has a cargo capacity of 20 cubic feet. If you fold the second-row seats, there’s 62 cubic feet of space for additional cargo space. Additionally, the third-row seats also fold flat so as not to hinder cargo room.

With that in mind, it seems the 2020 Mercedes-Benz GLB is already sounding like a more practical approach to the BMW X3 and Audi Q5, both of which only have five usable seats. The GLB is Mercedes-Benz’s first ever compact crossover offering seven seats, which makes it perfect for smaller families. But empty nesters will find a lot to like about the styling. The new GLB has powerful proportions and clean lines. “The clear forms with reduced lines and powerful surfaces convey our design philosophy of Sensual Purity,” says Gordon Wagener, Chief Design Officer at Daimler AG. “The iconic design lends the Mercedes-Benz GLB an unmistakable SUV character.” 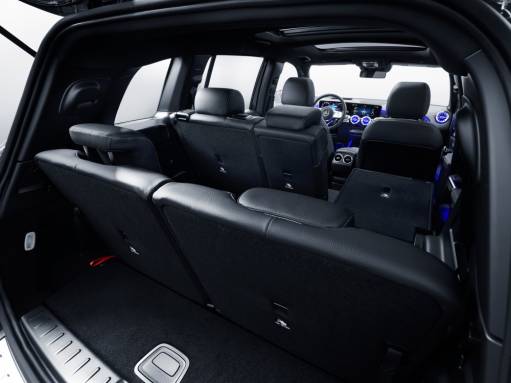 The boxy profile, upright front section, and tighter seams all hint to the rugged nature of the GLB. It may be compact in nature, but it certainly looks and feels capable of handling more than grassy pavement or sand. Standing on 18-inch alloy wheels, the GLB has a refined go-anywhere attitude thanks two muscular shoulders and shorter front and overhang. There’s a new player on the market offering a seven seater, a compact footprint, and a luxurious interior, so the likes of Volkswagen Tiguan and Range Rover Discovery Sport, Audi Q3 should be wary of the new Mercedes GLB. 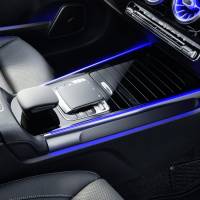 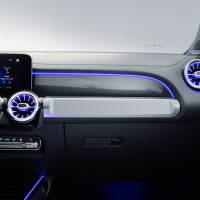 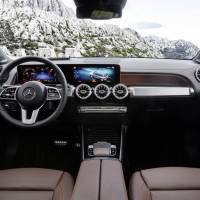 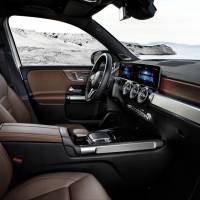 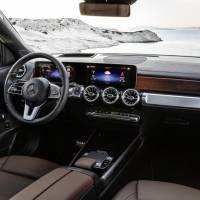 The unique and distinguishing feature on the new GLB are the doors. They reach over the sidebar and open wider than conventional doors. This design also prevents dirt and debris from accumulating on the door openings. Mercedes-Benz also fitted protective claddings in the underbody including an optical under-ride guard in the front and rear of the vehicle. 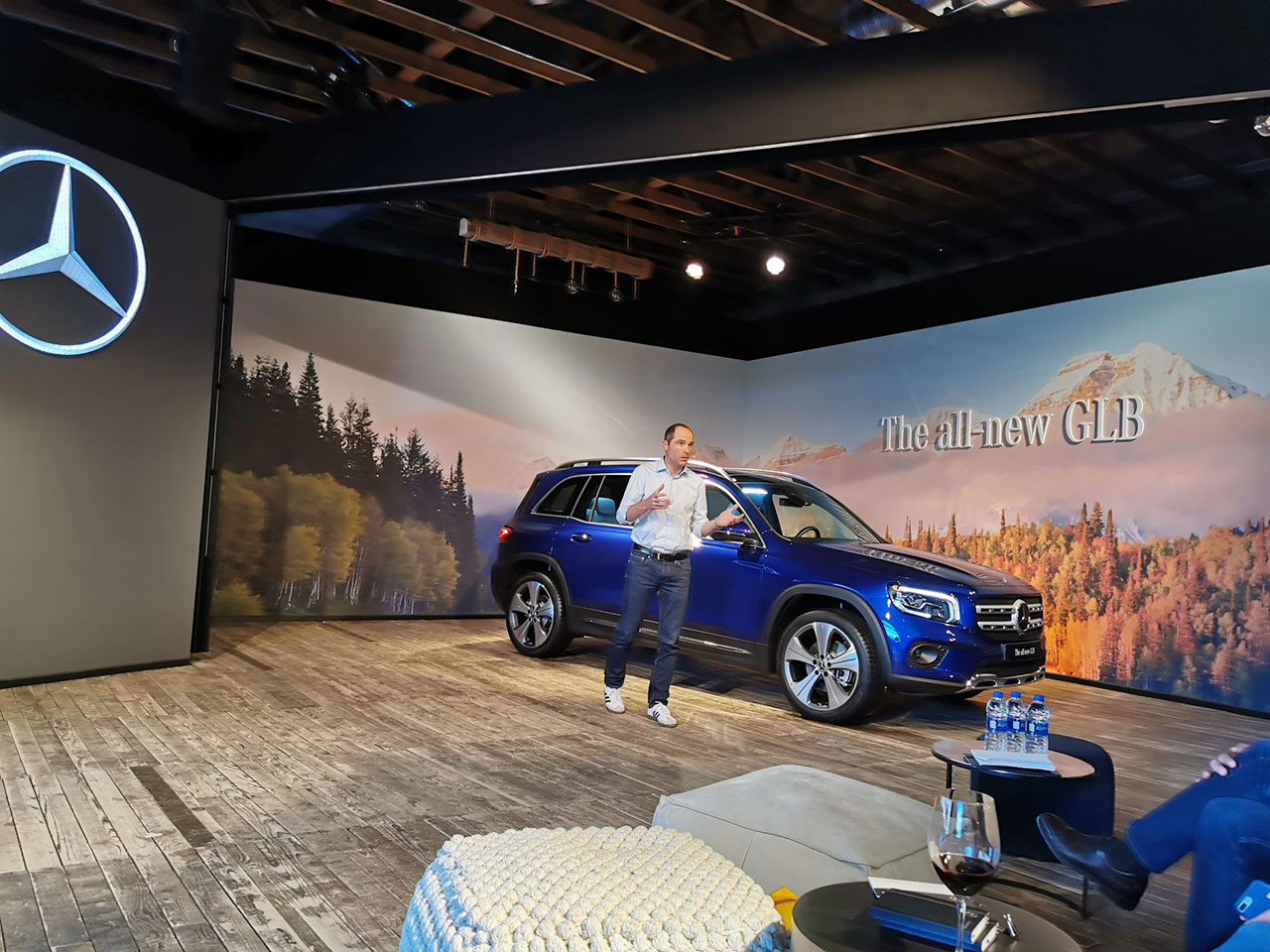 With this type of kit, Mercedes is saying the GLB is no run-of-the-mill crossover. It’s ready for action, and it won’t back down when the roads get rough. The GLB is suspended by a comfort-tuned MacPherson front and multi-link axle rear suspension with compression springs. Adaptive damping remains optional and allows the driver to choose Comfort or Sport using the Dynamic Select switch. 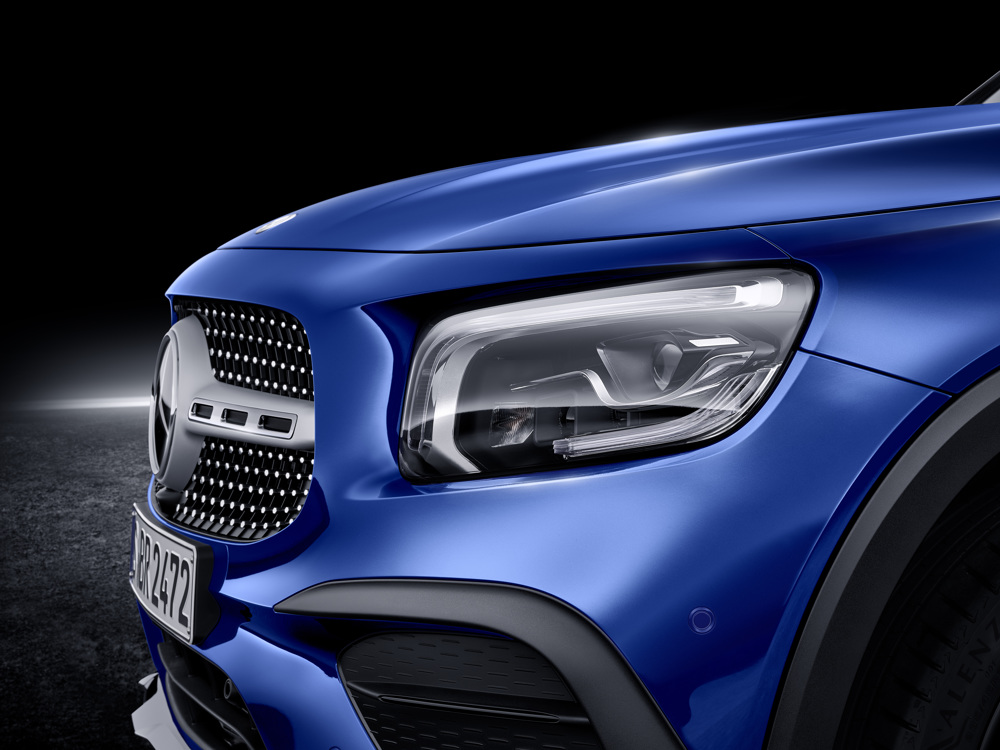 The 2020 Mercedes-Benz GLB is powered by the same M260 motor as found in the A220 sedan. It’s a 2.0-liter turbocharged four-cylinder generating 221-horsepower and 258 pound-feet of torque, the latter of which comes from 1,800 rpm all the way to 4,000 rpm. The engine block is crafted from die-cast aluminum to reduce weight, while the cylinder liners are constructed from cast-iron for better durability. The peculiar conical shape in the lower end of the engine block minimizes friction and delivers better fuel economy.

While the GLB is not a sports car, the engine is torquey enough to move the compact SUV from 0 to 60 mph in 6.9-seconds. Mercedes says the GLB is good for a top speed of 130 mph, which is not bad at all. The engine is connected to an 8-speed automatic and rear-wheel drive to deliver better highway mileage, while the 4MATIC AWD system is optional. 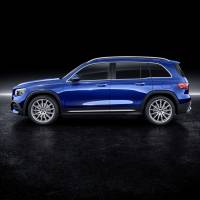 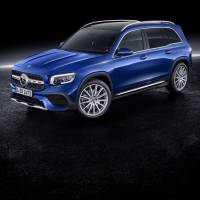 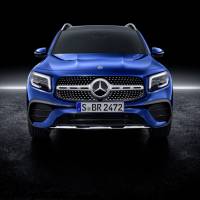 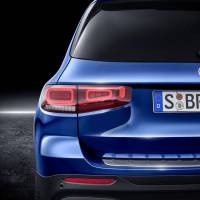 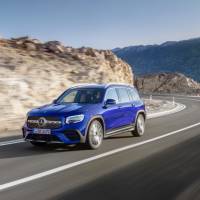 The GLB’s interior is typical Mercedes-Benz. With three round center vents, a widescreen cockpit to control the standard MBUX multimedia system, and an aluminum off-road tubular element in the lower section of the instrument panel, it makes you feel like sitting inside a smaller G-Class. The GLB gets a 7-inch digital instrument cluster and 7” touchscreen display with Apple CarPlay and Android Auto.

The multifunction steering wheel is wrapped in genuine cowhide and has touch control buttons to control the new MBUX multimedia system, which can also be summoned with voice control and keyword activation. Say “Hey Mercedes,” and you can ask questions, set navigation destinations, control the crossover’s various features, and more, all without taking your hands off the wheel.

As expected of a Mercedes, the new GLB is loaded with a bevy of standard features. This includes LED headlights, power driver and passenger seats, fog lights, keyless start, a rearview camera, dual-zone climate control, cruise control, and a power liftgate. 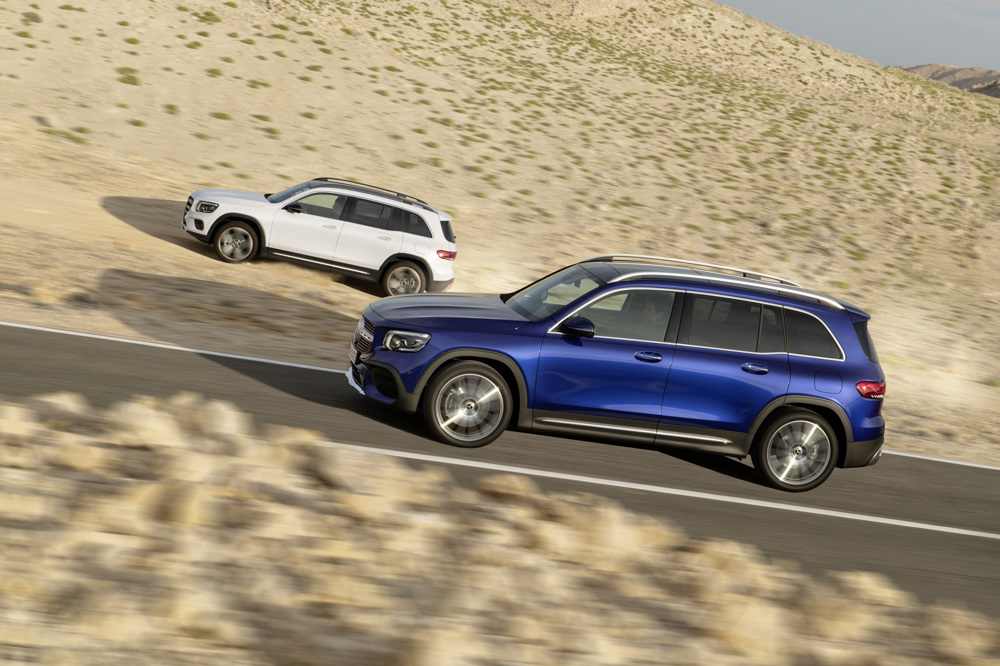 The GLB is also loaded with safety kit including active brake assist, adaptive braking with hill start assist and hold feature, crosswind assist, and Mercedes’ ATTENTION ASSIST system. Pricing is yet to be announced, but we figure the 2020 Mercedes-Benz GLB will start at $35,000 and will go on sale by the end of 2019.