This morning several key details of the Samsung Galaxy S10 were leaked in the form of accessory photos. What we see is the clearest vision yet of the three different Samsung Galaxy S10 models. This is slightly different from the previously discussed “3 Bears” fable setup. Instead, we’ve got a medium and a large, then a small that has an entirely different display.

Which one doesn’t belong?

The smallest of the three models has a flat display. This is different from the majority of the Samsung Galaxy S models released over the last several years. The Galaxy S family of phones started using the “Infinity Display” model with cascading (curved) edges on the left and the right back after the Samsung Galaxy Note Edge was a relative hit – in interest, anyway. 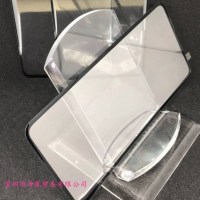 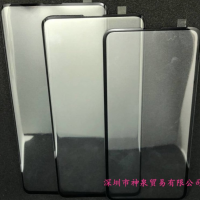 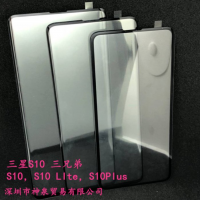 With the release of the Samsung Galaxy S10 Lite, we see that Samsung is willing to negotiate with the fans that wish for a simpler time. This smallest of three devices will cost the least and will have the biggest bezel, too. It’ll feature two cameras on its back, while the other two models will have three cameras on their back. There’ll be one front-facing camera on the Lite model, too, just like the Galaxy S10. The Galaxy S10 Plus will have two cameras up front.

NOTE: Images here come from Asia-based goods and supply website Alibaba, found earlier this morning. The listing has since been removed from the site.

There’s no notch to be seen here, which is great news for case-makers and reinforced glass frontside makers alike. A single panel without the notch is stronger than any other sort of shape that’d require wings of any sort. The Galaxy S10 accessory family seems to have just a TINY bit of an intend at the top of each model – almost certainly the place the device’s front-facing speaker will sit.

This speaker will be more like an Earpiece for the phone, rather than a loudspeaker. We still expect the bottom-facing speakers to be the dominant speakers on the phones. These phones will also feature headphone jacks – unless something very, very wrong’s gone on at Samsung Mobile R&D in the time since we last saw CAD drawings.

Rumors suggest that we’ll see a Samsung event on the 20th of February, 2019. After that, it’s expected that the Samsung Galaxy S10 family will be released in the first week of March, 2019. Pre-orders will almost certainly pop up on the same day as the reveal, on February 20, 2019. We’re expecting prices to hit at right around what our most recent rumor collection suggested – expect to be able to afford at least one of the three, we’ll see!