Amazon is opening up Alexa for automakers to make their own, custom virtual assistants, and Fiat Chrysler is first onboard to include it in future dashboards. While Alexa has already found its way into multiple cars and trucks already, allowing for music playback, remote smart home control, and more, the Alexa Custom Assistant will allow for more unique features as well as a vehicle-specific wake word.

So, while you can access Alexa Skills on the Uconnect 5 infotainment system in many recent vehicles from Chrysler, Dodge, Jeep, and Ram, currently the experience is much like having an Echo smart speaker in the car. You rouse the assistant with the familiar “Alexa…” wake word, and then have the same features as that standalone Echo might offer at home.

Alexa Custom Assistant goes much further. Built into the infotainment stack, it can have a custom wake word, a unique voice, and special skills unique to the automaker. They’ll work with Amazon’s existing spoken language understanding and intent routing, along with its skills for things like local search, weather, alarms and times, and media streaming.

While new Alexa Skills continue to roll out, there’ll inevitably be some areas where a vehicle’s own assistant is more capable. In particular, if you can ask the car’s assistant to open or close windows, adjust the HVAC settings, or do other car-specific tasks, that may not be something Alexa has access to. As a result, the Alexa Custom Assistant has been designed with seamless handover between the two assistants onboard.

So, if you ask for an audiobook to be played, or music from Amazon Music, Alexa will handle that. If, though, you ask to turn on the massage seats, Alexa will hand that request over automatically to the car’s assistant to take action.

The benefit for automakers, Amazon says, is speed of development. Building a capable virtual assistant – and one which can not only do things like understand natural language speech, but keep pace with the developing cloud and smart home ecosystems that many people are engaging with – takes time and money. By tapping Alexa for that, it leaves the car companies to focus on their own domain of expertise. 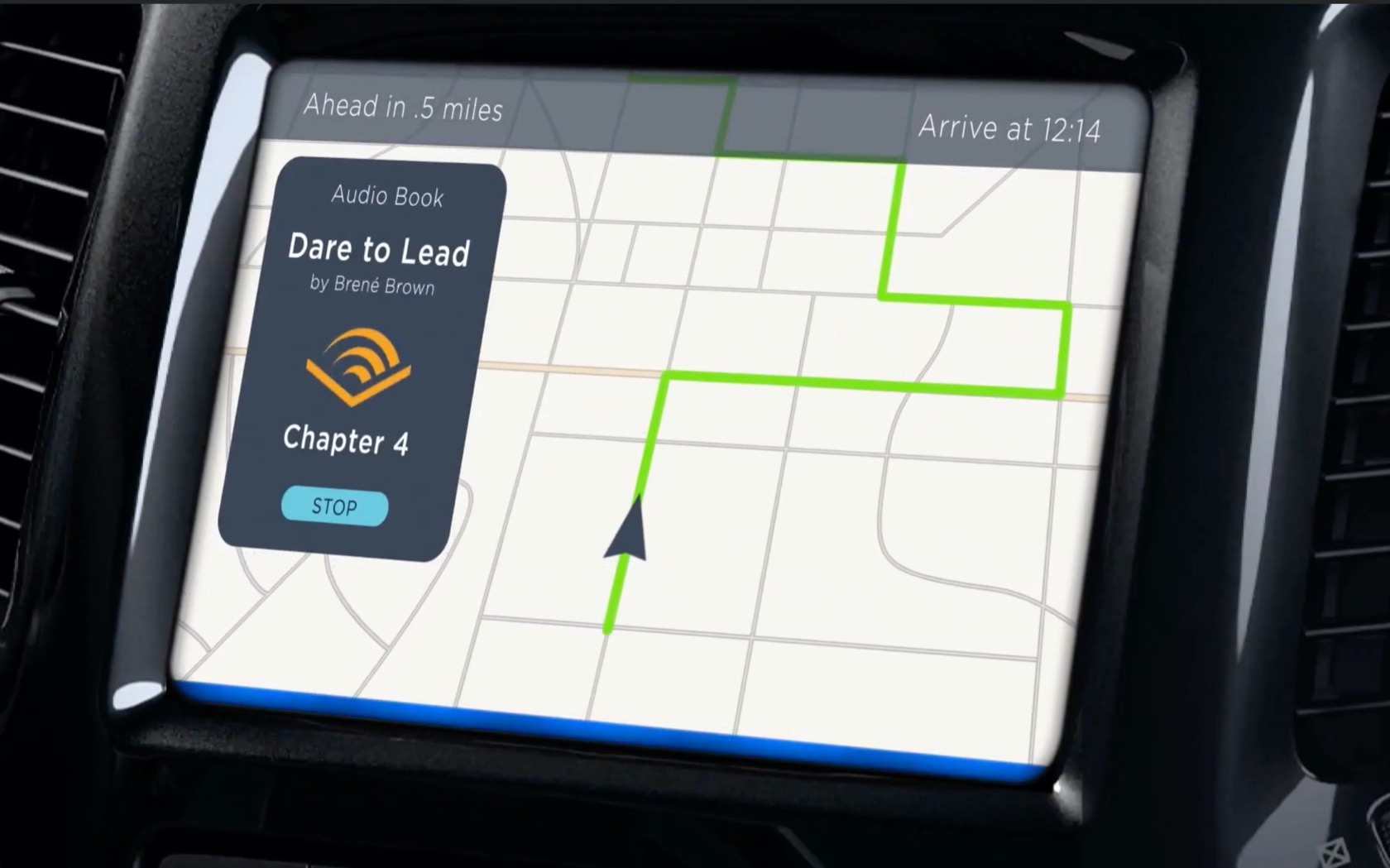 It’s a similar argument to that we heard from Google, as it pitched Android Automotive. The Android-based infotainment system is designed to run locally on vehicles’ systems, tapping Google Maps, the Google Assistant, and the Google Play store for navigation, voice control, and third-party apps. In return, automakers can give the OS deeper access to the vehicles’ underlying platform: that way, in the Polestar 2 for example, Android Automotive can know just how much range is left from the EV’s batteries, and factor that into Google Maps’ navigation and charging recommendations.

Alexa Custom Assistant differs in that it’s not trying to offer a visual interface for the car, nor replace the existing software. Instead, automakers will be able to integrate it with their existing infotainment systems as part of the back-end, leaving the front-facing UI tailored to each brand personality and vehicle focus. FCA, for example, is currently working on how it will integrate the assistant into select future models, with the potential for different iterations of Alexa Custom Assistant whether you’re in, say, a Chrysler minivan, or a Jeep SUV, or a Ram pickup.