With the release of the Alcatel One Touch IDOL X+, this manufacturer brings on the first MediaTek octa-core processor on the planet – clocked in at 2GHz no less. This device works with a 5-inch Full HD (1080p) IPS LCD display with a Black Crystal touch panel, Dragontrail glass, and some high-end Oleophobic coating up front. Under the hood you’ve got Android 4.2 Jelly Bean, 16GB of internal storage, and 2GB of RAM. 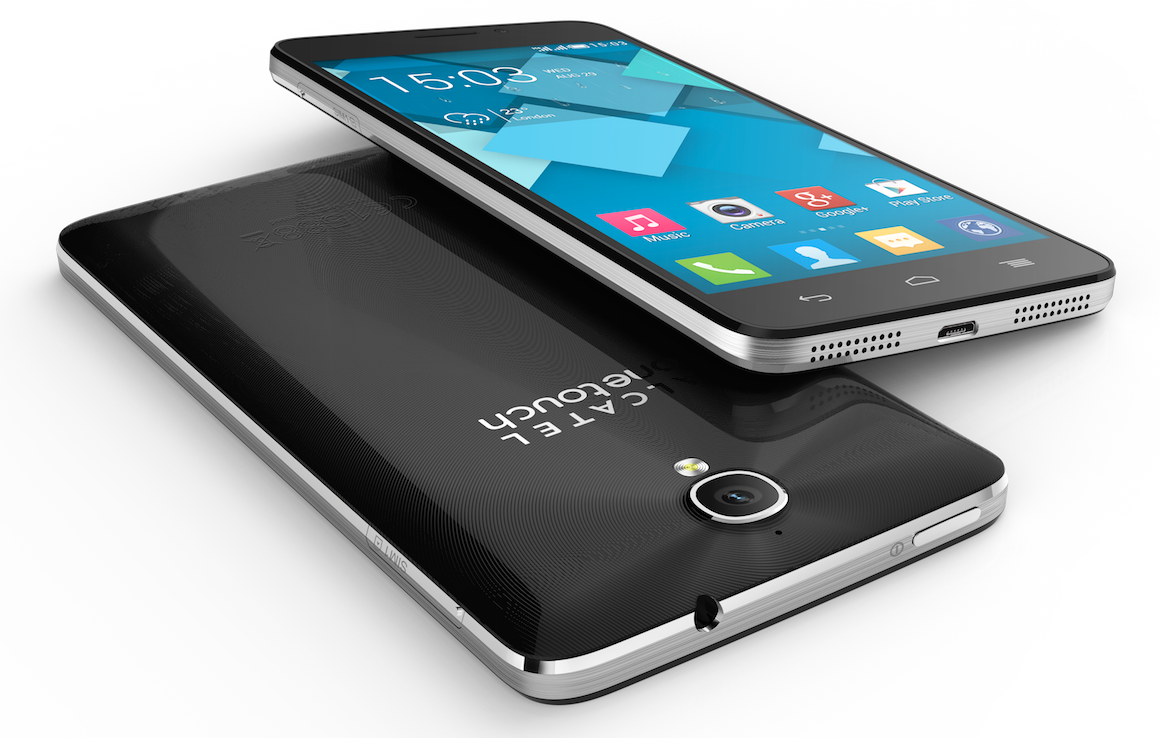 And if that wasn’t enough awesome buzz-words and cool-titled features, there’s also a pair of JBL earbuds in the box. The back-facing camera on this machine is a cool 13.1 megapixels with LED flash, too. Both the Alcatel One Touch IDOL X+ and the POP C9 will be headed to Canada this Spring with Bell and Virgin – more details incoming!

With the POP C9 you’ll be rolling with a 5.5-inch display with 540 x 960 pixel resolution and IPS LCD technology. This machine works with Android 4.2 Jelly Bean right out of the box, a quad-core 1.3GHz processor, and an 8-megapixel camera on is back. 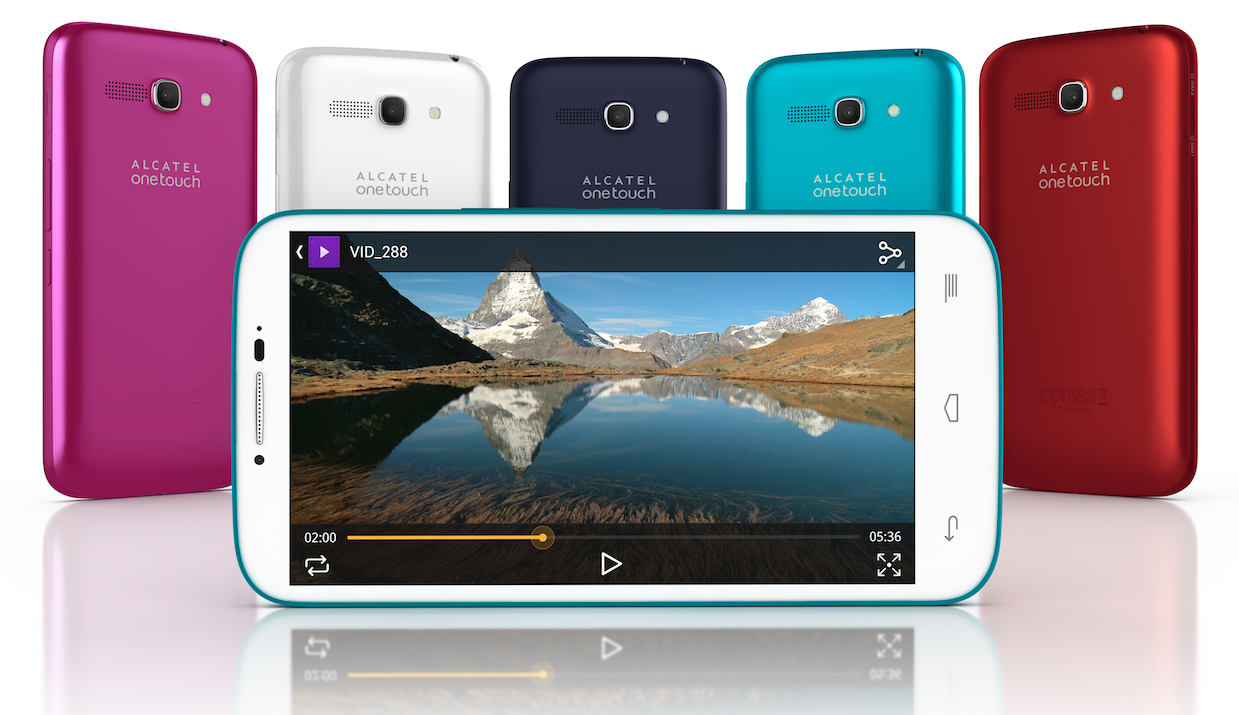 You’ll find this machine coming in a wide variety of colors, too. Behold the bright tones that surround this optionally flip-cover-toting machine as it heads to he market with GSM connectivity options up to HSPA+. Inside you’ll be rolling with 4GB of storage space and 1GB of RAM as well as a microSD card slot for 32GB of memory expansion.

With the first of two tablets being released by Alcatel One Touch this season you’ll be working with a 7-inch display with TFT LCD technology. This display runs at 1024 x 600 pixel resolution and brings you Android 4.2 Jelly Bean right out of the box. You’ll be able to connect to mobile data with GPRS/EDGE, UMTS, and HSPA+ (Cat14). 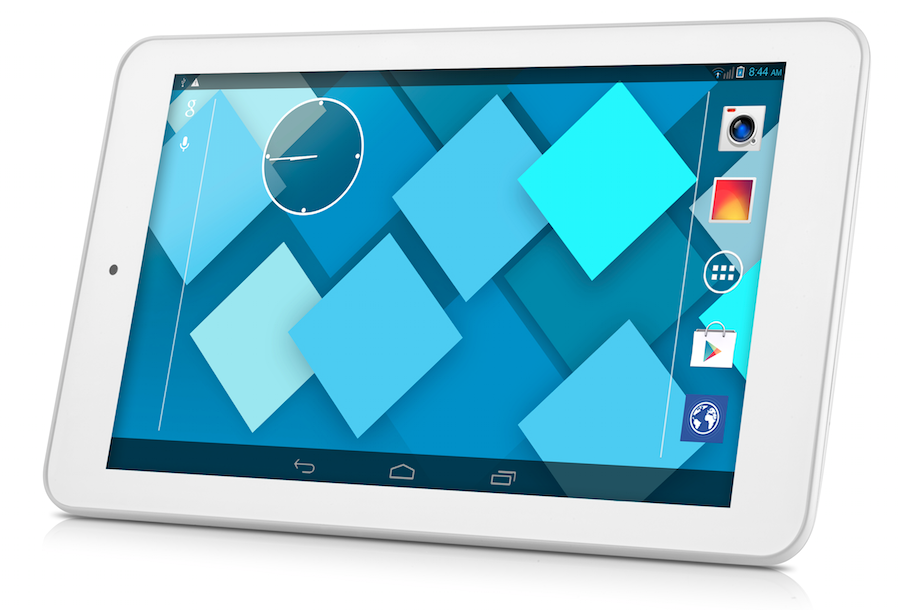 This slightly larger of the two new Alcatel One Touch tablets works with an 8-inch display with 1280 x 800 pixel resolution and IPS LCD display technology. You’ll find Android 4.2 Jelly Bean as well as a quad-core processor clocked in at 1.3Ghz. 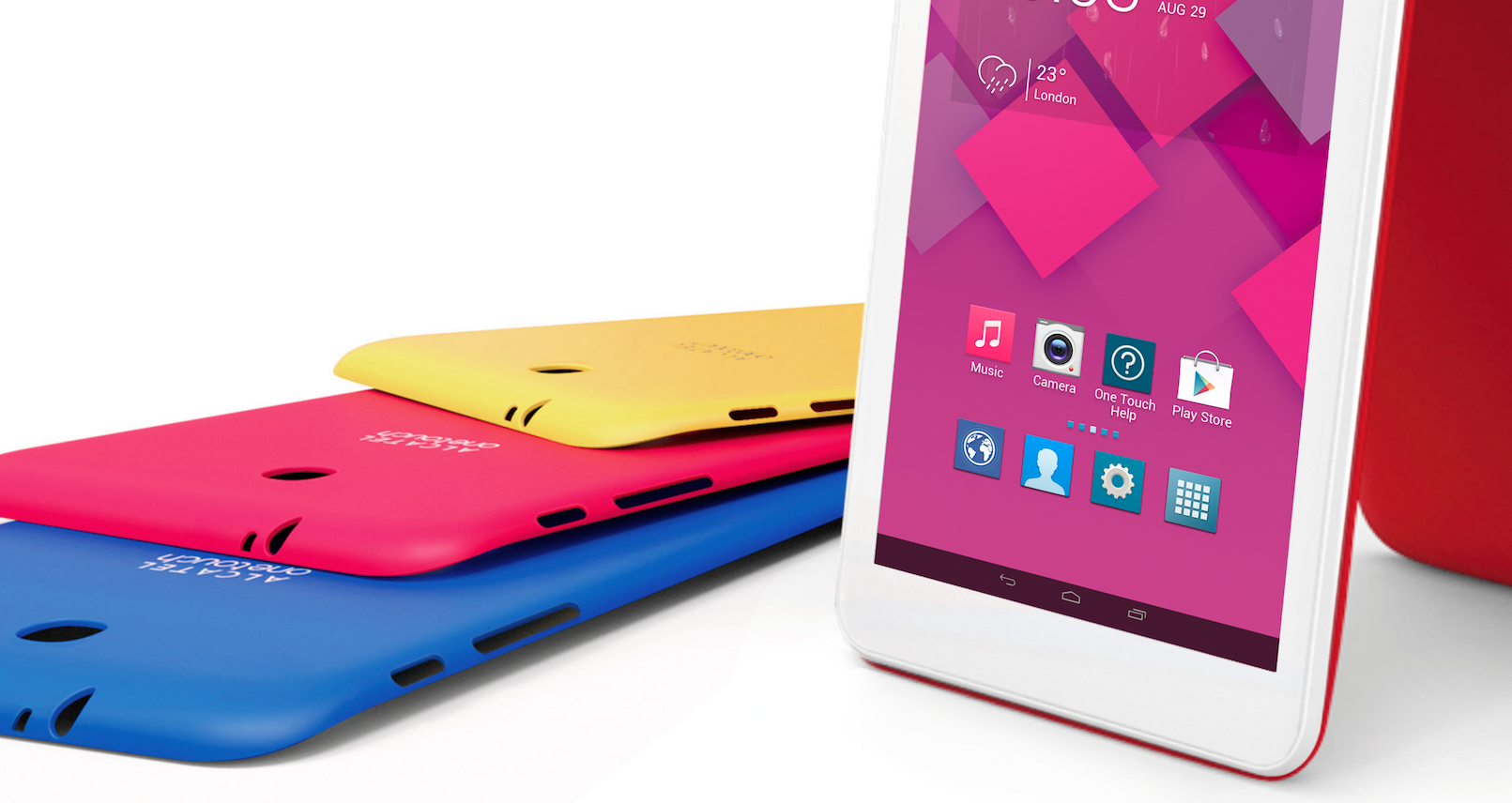 Inside you’ve got 4GB of storage space with a microSD card slot with the ability to expand this machine’s storage by 64GB. Your processor will be making use of 1GB of RAM, and there’s another couple of optional accessories here too in a magnetic flip cover and a snap case for the safety of the unit – and decoration, as they’re extremely bright and colorful!