Airbus has revealed three new concept aircraft, all promising zero-emission flight, with the potential for commercial operations in less than 15 years. The three ZEROe concepts all use hydrogen as their primary power source, which Airbus argues is a much cleaner and more sustainable option than traditional jet fuel.

“The concepts we unveil today offer the world a glimpse of our ambition to drive a bold vision for the future of zero-emission flight,” Guillaume Faury, CEO of Airbus, said of the trio. “I strongly believe that the use of hydrogen – both in synthetic fuels and as a primary power source for commercial aircraft – has the potential to significantly reduce aviation’s climate impact.” 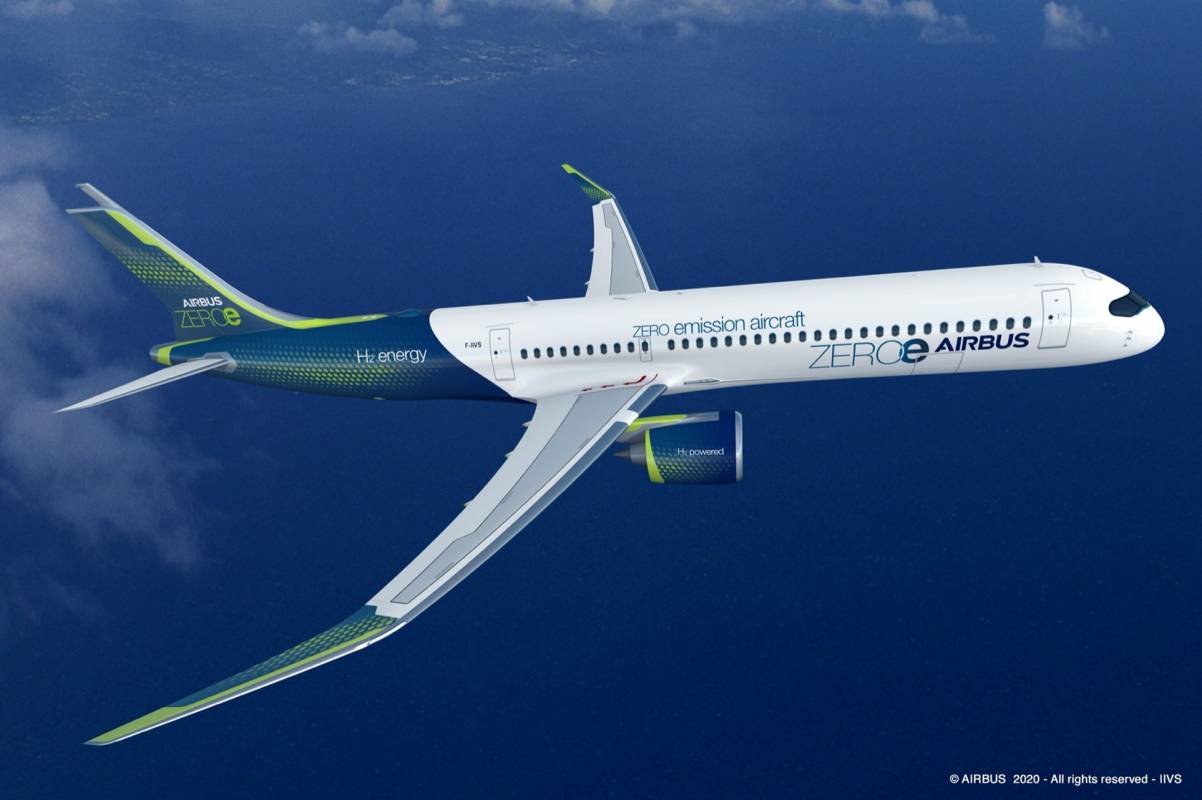 All three concepts have been codenamed ZEROe, though they each take very different approaches. The ZEROe turbofan design is one of the largest, designed to carry between 120 and 200 passengers, and fly for more than 2,000 nautical miles. Its gas-turbine engines would be modified to run on hydrogen.

That would be stored as liquid hydrogen, in tanks behind the rear pressure bulkhead, Airbus suggests. The plane would then use the fuel for combustion, driving the turbines.

Smaller, meanwhile, is the ZEROe turboprop design. That would use a turboprop engine with propellers, rather than a turbofan, but also rely on hydrogen combustion in modified gas-turbine engines. It would have a range in excess of 1,000 nautical miles, Airbus says, and be capable of carrying up to 100 passengers for short-haul trips. 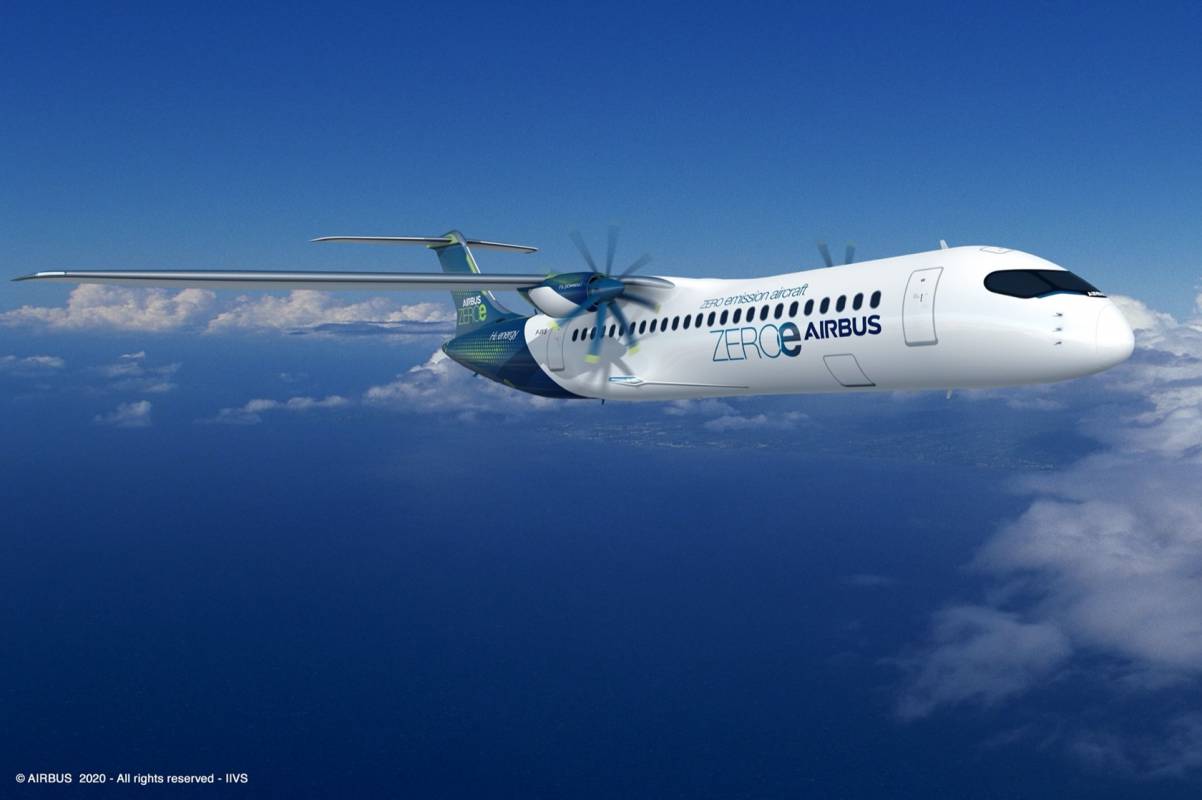 Finally, and most distinctive, is the ZEROe blended-wing body aircraft concept. That has an eye-catching delta-wing style aesthetic, with the wings merging with the main body of the aircraft. Like the turbofan concept, it would have a range of around 2,000 nautical miles, and also be able to carry up to 200 passengers.

The shape, however, opens some new possibilities for use-cases. Since the fuselage is “exceptionally wide,” Airbus points out, it could allow for huge variety in cabin layouts. Alternatively, it leaves room for multiple options for hydrogen storage and distribution, the company says. 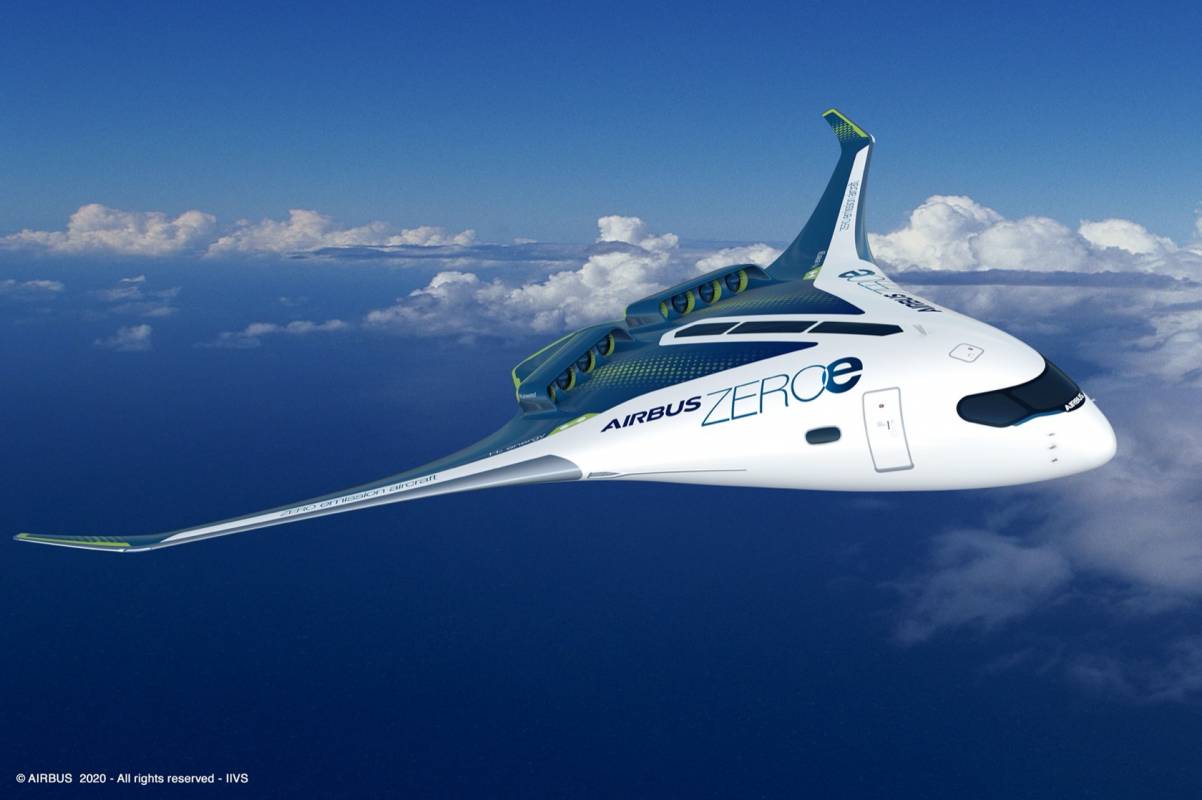 All three of the designs could be ready for commercial deployment by 2035, Airbus suggests, should they be deemed viable. Of course, it’s not just the aircraft themselves which have to be ready for action. There’d also need to be a comprehensive hydrogen infrastructure so that planes could actually refuel. 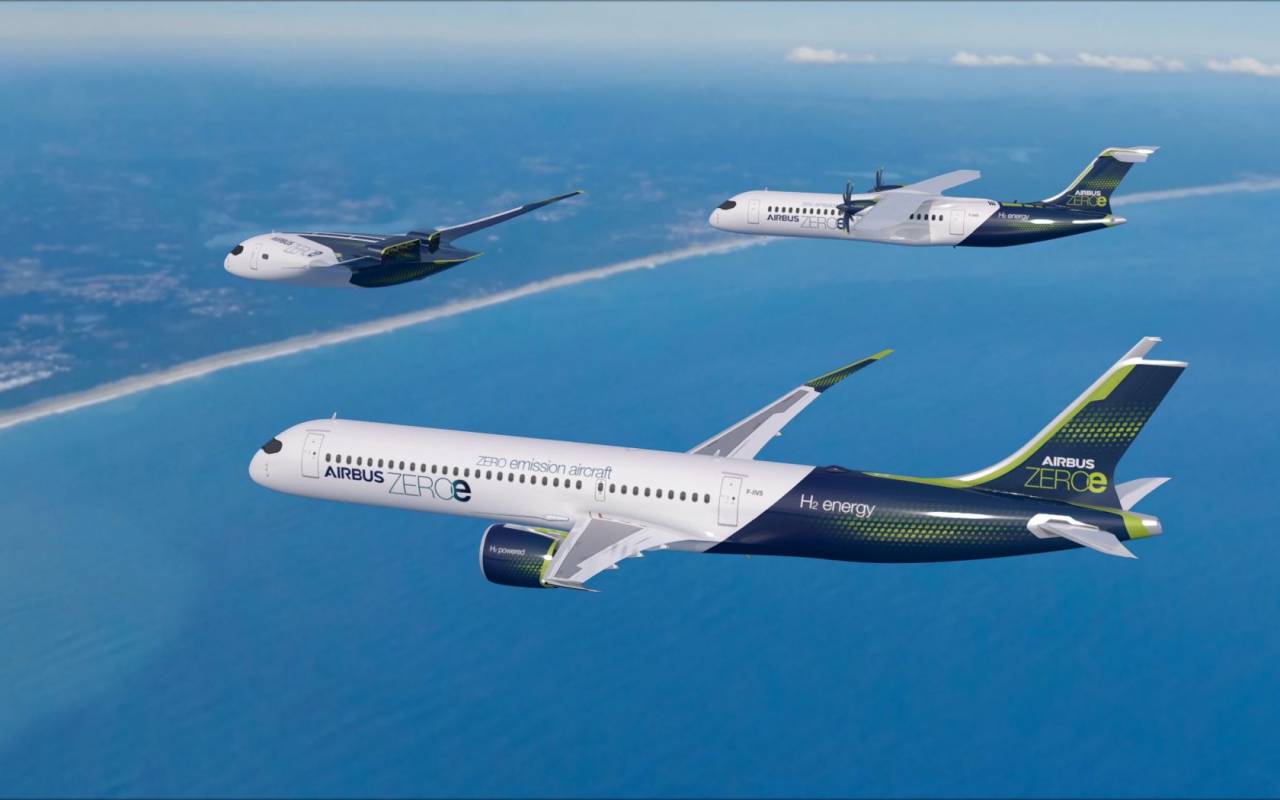 “The transition to hydrogen, as the primary power source for these concept planes, will require decisive action from the entire aviation ecosystem,” Faury said of the concept strategy. “Together with the support from government and industrial partners we can rise up to this challenge to scale-up renewable energy and hydrogen for the sustainable future of the aviation industry.”