Airbus and Rolls Royce have shelved their hybrid-electric plane project, announcing that work on the E-Fan X will cease. Started back in 2017, the experimental plane was intended to explore potential ways to reduce traditional jet fuel use, by replacing one of the engines with an electric alternative.

At its core, the plane was a BAe 146 flying testbed. Normally that would be equipped with four turbofans, but Airbus and Rolls Royce intended to swap the right inboard engine with a 2,700 horsepower Siemens electric motor.

That would’ve been paired with a Rolls Royce AE 2100 turboshaft, used to power a 2.5 megawatt generator, and combined with a battery in the cargo hold. The advantage, Airbus suggested, was that the high-voltage electric system could contribute more power during take-off and ascent, and then again when the plane was descending for landing. That would not only cut down on traditional jet fuel consumption, but reduce the noise from the plane too.

The initial goal had been to see the E-Fan X perform its first test flight this year, but that’s no longer on the agenda. “As with all such leading-edge programs, we constantly evaluate the best way forward and it has become clear to both parties that the actual requirement to carry out a test flight with all the elements integrated is not critical at this time,” Paul Stein, CTO of Rolls Royce, said of the decision. “As an aircraft, E-Fan X was always designed to be a demonstrator only and never for actual use as a product in service.”

It’s not the end for the hardware, however. Rolls Royce plans to continue testing and developing the power generation system it developed, in particular the generator itself. While around the size of a beer keg, Stein says, its 2.5 megawatts would be enough to supply the typical electrical needs of 2,500 homes. 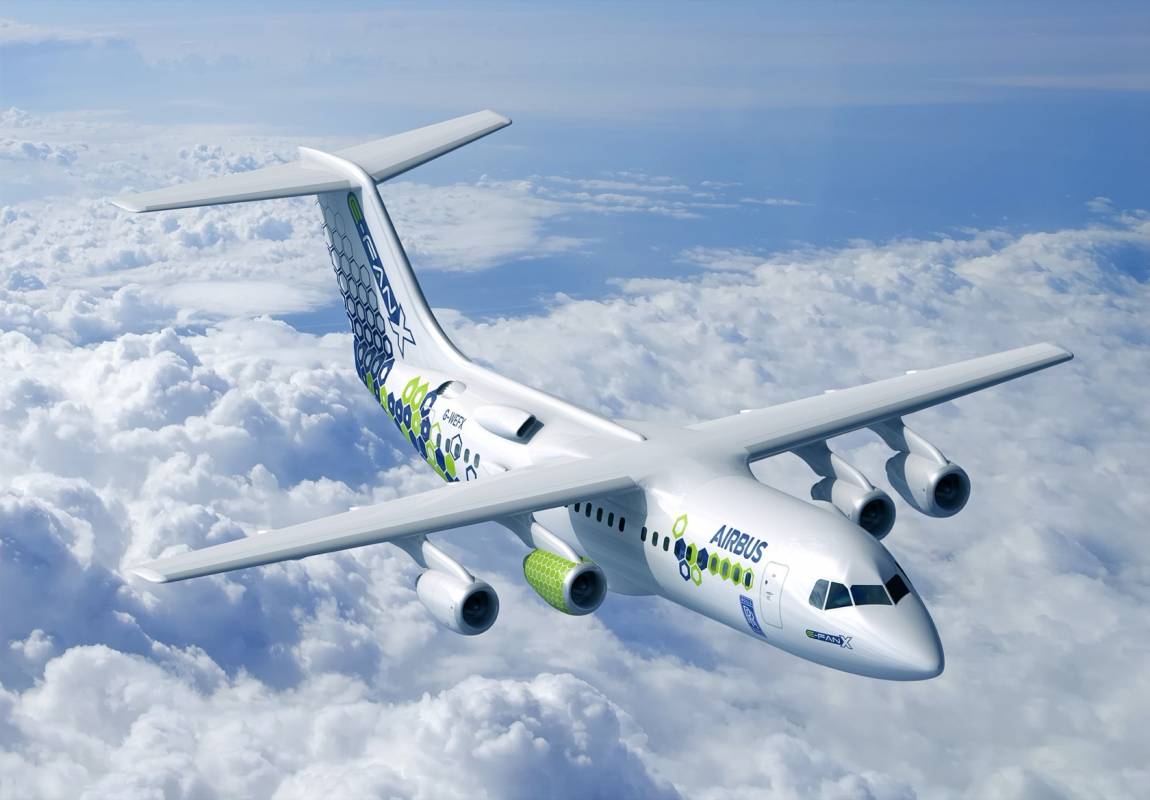 The door is being left open to include that generator and the accompanying system in future aircraft using Rolls Royce engines. For Airbus, meanwhile, the plane-maker will be looking to both hybrid-electric and hydrogen fuel sources in future.

The E-Fan X followed on from Airbus’ E-Fan project, which explored the possible use of electric motors for a pilot training aircraft. That flew in 2014, using lithium-ion batteries powering two ducted fan motors for a total of 60 kW. A second version of the plane was also planned, which would have four seats rather than two, and use a hybrid-electric system with a range-extending engine.

E-Fan was axed in 2017, and the core strategy of E-Fan 4.0 was rolled into the E-Fan X. Now, though, amid the coronavirus pandemic it’s less than stable times for Airbus. The company has withdrawn its 2020 guidance “due to the volatility of the situation,” Guillaume Faury, CEO, confirmed recently.