LEGO teamed up with the folks at Adidas Originals with a new pair of sneakers that’ll be released this week. This isn’t the first time this sort of team-up has happened, and it won’t be the last. This time, in a move that’s both shocking and … unfortunate … the sneakers won’t be for sale to the public. They’ll be available through a raffle system, and only produced in limited numbers right out the gate.

These sneakers are largely off-white or bright white with two different sorts of white texture – stone-like and ribbed. The three stripes are white, black, and yellow, with a square pattern down the middle. The lace holes are run through the off-white portion of the shoe as well as a LEGO red portion made with rubbery plastic. 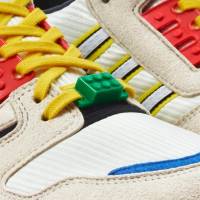 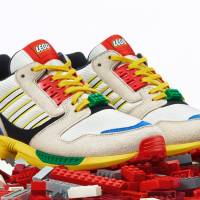 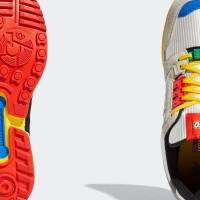 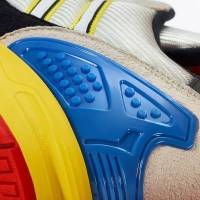 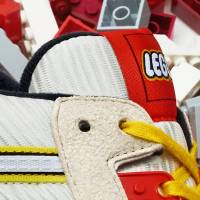 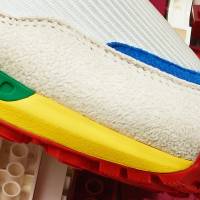 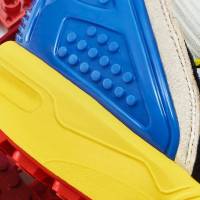 Similar rubbery bits are used on the sole and the rear of the shoe, and LEGO original colors are used throughout. RED on the bottom, yellow on the sides with accents of green, and blue heels. Yellow laces, a green LEGO brick lace lock*, and an original red LEGO logo on the tongue.

These sneakers will include co-branded sock liners, as well as interchangeable *”LEGO brick lace jewels” and 6x different lace options.

You’re either going to be absolutely in love with these sneakers, or you’re going to think they were trying to make the most god-awful mish-mash of elements ever created in a sneaker. In any case, they won’t be around for long, and they won’t be available to most.

UPDATE: These sneakers will be available through the ADIDAS app with a lottery system starting immediately. The ADIDAS app will have a system for purchase starting on September 25th, 2020, provided you’ve been given the opportunity to purchase the sneakers with the app in the first place. They’ll LIKELY cost around $150 USD.