Acton M Scooter hands-on: We fall off the future of urban mobility

Electric scooters are too much fun to be left to the elderly, or so Acton found when it flew past its Kickstarter goal for the M Scooter last October. Now shipping, the folding “urban mobility” device promises to work with, not necessarily replace, other methods of transport, being compact enough to fit into the trunk of your car while also providing sufficient range to do local trips. We threw caution to the wind and climbed aboard to see if we’d found the future of CES transportation.

Acton went hunting for $55,000 last year, and convinced 56 backers to get onboard for a final total of almost $72,000. The lure is the M Scooter, a crisply designed collapsable ride-on with fold-down footrests and a pop-up seat giving the option of either sitting or standing.

Piloting is simple, with a twist-grip on the right handlebar that controls the electric motor built into the front wheel hub. Front and rear brakes are provided, and a small five-segment LED display to show battery status; Acton says it’ll last for up to 15 miles, though that depends on the terrain and how many hills you’re tackling. A full recharge of the (removable) battery takes four hours, though Acton offers a fast charger which cuts that in half.

The charger plugs in under the seat, which pops up to also reveal a key so that there’s some degree of security when you leave your scooter in the grocery store parking garage. It also reveals a little space for a phone or similar, though not much; Acton has a range of accessories, including a cup holder. The squared-off front includes some stylishly designed LED headlamps.

It’s also portable, with Acton designing the scooter to be picked up and carried – either to the trunk of your car or up to your office to recharge before you commute home. The foot flaps fold up, the rear wheels pull in, and the handlbars drop down. Unfortunately it’s actually pretty heavy – Acton says under 70lbs – and the obvious place you’d pick it up, the shaft for the handlebars, doesn’t lock in the lowered position. That could make it a tricky thing to lift. 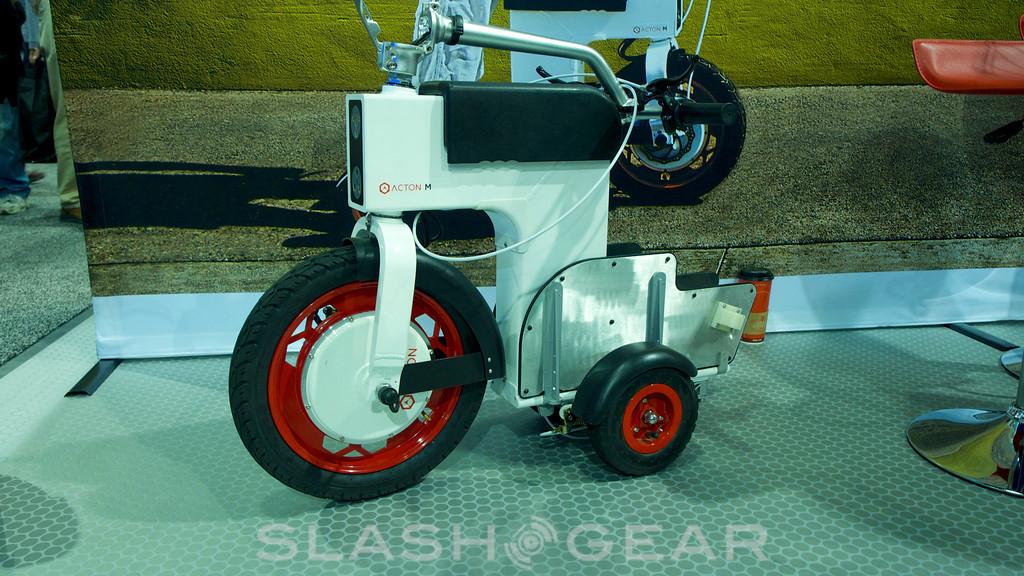 Still, we quickly forgot that after experiencing how fun it was to ride. Top speed is a quoted 15mph, though it feels much faster: even a small twist of the throttle is enough to get the M Scooter shooting forward, and that degree of immediacy takes a little getting used to. Similarly, the brakes need some familiarization, and even at showfloor-friendly speeds we almost tipped off when trying to turn over-enthusiastically. Acton recommends leaning into corners, as a motorcyclist would, but the fact that the front wheel rotates all the way around (so that you can reverse) means it’s relatively easy to over-turn and lose balance.

Urban mobility doesn’t come cheap, unfortunately. The M Scooter is priced at $1,799, which gets you a decent road bike, albeit one you’re responsible for powering yourself.

In the pipeline, however, are two more versions based on the same technology. One will be more affordable, Acton says around the $1,000 mark, with fixed footplates rather than the foldable ones on the initial M Scooter. That’ll be accompanied by a more expensive version – around $2,000 is the estimate – which will have more power so that it can deal with bigger inclines. Acton expects the pair to arrive in roughly four months time. 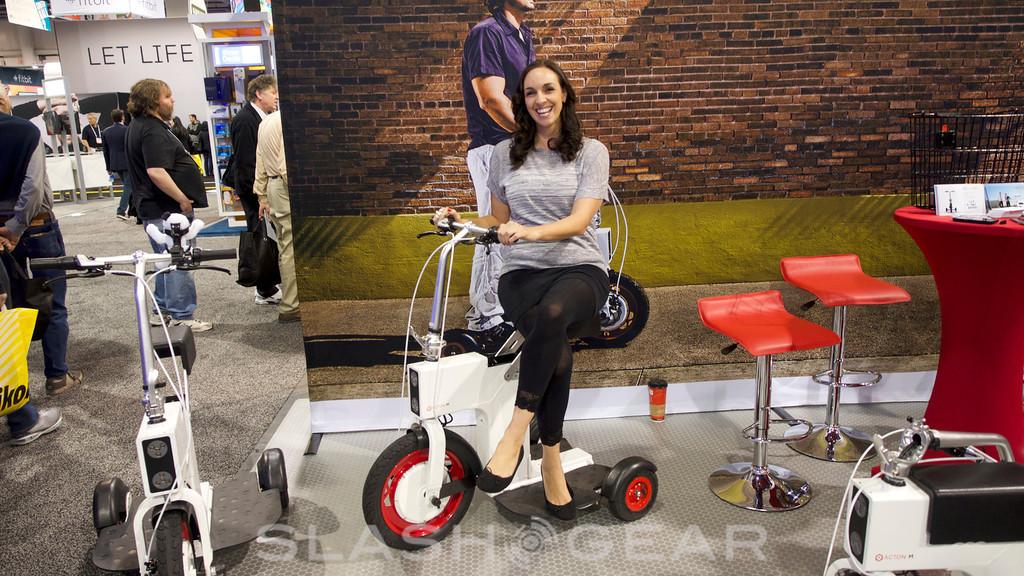