Joining the slew of odd gadgets that have surfaced in recent days is Acer’s Selfie-Hat, which is exactly what it sounds like, only in the oddest way possible: a giant pink sombrero adorned with glittery stuff. The Selfie Brush pales in comparison.

The Selfie-Hat is a giant sombrero equipped with a fold-down flap holding the maker’s Iconia A-1 840 tablet. The face of the tablet is aimed towards the wearer, who can slide the hat in different directions to change the angle of their selfie. 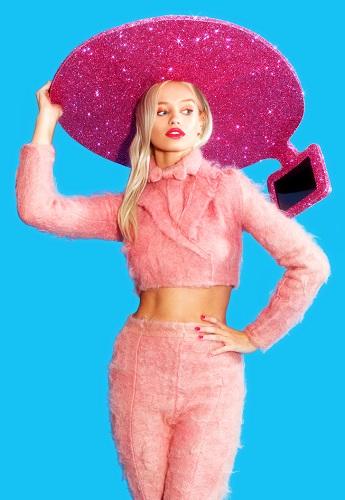 The hat is being shown off at London Fashion Week starting tomorrow, where those who want their own can have a consultation and order one in private. How much one of these giant hats will run you hasn’t been revealed.

Said Acer about the creation, which was made in conjunction with fashion designer Christian Cowan-Sanluis, “Whilst slowly moving the screen from left to right, not only does the selfie sombrero help the user finding their best angle, but also how to understand lighting, how various expressions can change your face and ultimately create the perfect social media moment.”