This week invites are going out to Acer’s big event series at IFA 2015 in Berlin, complete with a teaser image. The image you see here has a big ol’ power button amid some Batman-looking black swooping lines. The power button and the lines belong to one of Acer’s gaming PCs, a “Predator” machine revealed at a small event earlier this year amid a few other early-view pieces of hardware, all in the gaming space. All with sharp angles and an aim for a place in your extravagant gaming PC and Android tablet-loving heart.

At this event were many a gaming device, all of which did not have their innards placed. This meant the event was mostly a showcase of the future of Acer’s industrial design in the gaming space. It was also indicated that Acer would be taking gaming seriously with not just desktop machines, but displays, laptops, and a tablet too.

Acer will be bringing gaming heat with Windows 10, without a doubt. 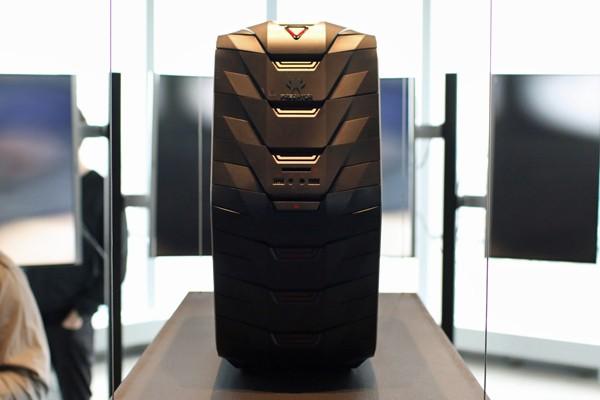 Above and below you’ll find photos taken by Tom’s Guide showing an unnamed Predator brand Acer gaming desktop. Acer didn’t say one whole heck of a lot about the machine, likely because all the details on the insides of this PC are scheduled for reveal in Germany. 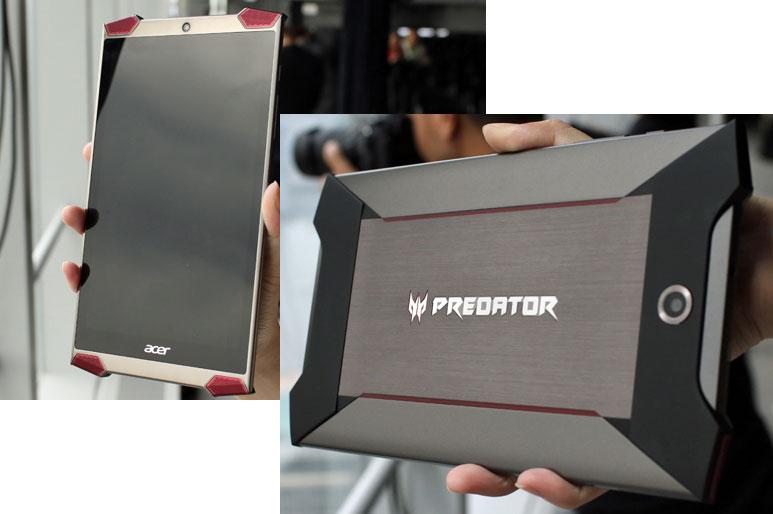 The tablet had a set of what looked to be four front-facing speakers chunked out at the corners while a front-facing camera and the Acer logo were the only other features up front to detract from the display.

No matter how you spin it, we’ll be in Berlin at IFA 2015 to cover the whole collection. Stick with us and we’ll show you everything up close and personal, and hopefully turned on this time.