There are monitors that are curved and there are monitors with AMD‘s FreeSync technology. And never twain shall meet. Not unless Acer has something to say about it. Following up on its promise last April, the manufacturer has released a new 34-inch XR341CK gaming monitor which is like the XR341CKA it announced back then, with one crucial difference. This monitor, which is also curved, hides within it AMD’s FreeSync technology instead of NVIDIA’s G-SYNC. In other words, it tries to deliver the best of all worlds to PC gamers.

Samsung just put out its first FreeSync-enabled monitor last week, so let’s just do a bit of a refresher on this relatively new tech. Rivals AMD and NVIDIA both have their own solutions, but the goal and the basic concepts are the same. Instead of settling for a fixed refresh rate on the monitor, the GPU controls the refresh rate, keeping it in sync with its own output rate. This reduces the effects of tearing and input lag, two of the deadliest problems PC gamers encounter. Of course, FreeSync requires not only an AMD graphics card but also a FreeSync-enabled monitor, which is exactly what Acer is providing today.

The XR341CK, however, is more than just a vehicle for FreeSync. It is also curved. The jury is still out on the effectiveness of this design, but display makers sing of its praises nonetheless. It emulates the curved shape of the best cinemas in the industry as well as our own eyesight. In effect, every pixel, even in the farthest corners, are equidistant to every other pixel, allowing for a more immersive viewing experience from all angles. 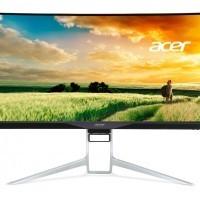 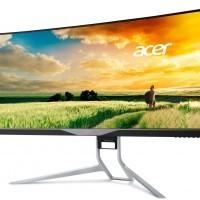 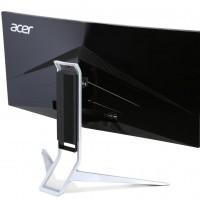 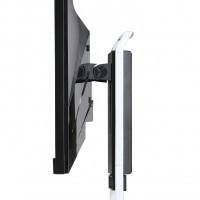 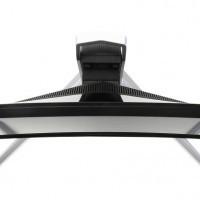 In addition to these two core features, the Acer gaming monitor lists some of the most wanted features in any modern display. a 21:9 aspect ratio can cram anything you can throw at it. The 3440×1440 QHD resolution squeezed in a 34-inch panel also steps up the display game. A response time of 4 ms and 100 sRGB color gamut delivers maximum visual fidelity. And Picture-by-Picture (PBP) as well as Picture-in-Picture (PIP) turn these gaming monitors into the ultimate productivity screens as well. Rounding up the list is a cornucopia of features that include two built-in 7W speakers with DTS sound, HDMI, DisplayPort, mini DisplayPort, and a USB hub.

The 34-inch Acer XR341CK QHD curved gaming monitor with AMD FreeSync will be available starting July. It will come with a price tag of $1,099 from leading online retailers.