Today at Computex Acer has revealed several products in the Windows 8 arena, coming in with a tablet that’s made for a single hand, as they say, with the Acer Iconic W3. This machine is the first 8-inch tablet to have been introduced with full Windows 8 aboard, also working with an Intel Atom Z2760 processor to assure proper processing power for the full Windows 8 experience. This machine was also introduced with the 2013 Microsoft Office Home & Student suite installed out of the box, this bringing on apps such as Word, Excel, PowerPoint, and OneNote.

The Acer Iconia W3 works with an 8.1-inch display to be precise, this working with LED-backlighting technology and 1280 x 800 pixel resolution, able to deliver 720p videos on the go. Though the tablet is presented as a stand-alone unit, there’s also a unique full-size Bluetooth keyboard that holds the tablet upright and “docks to the tablet” for screen-protected travel. There’s also, of course, an on-screen keyboard as comes standard with any Windows 8 device. 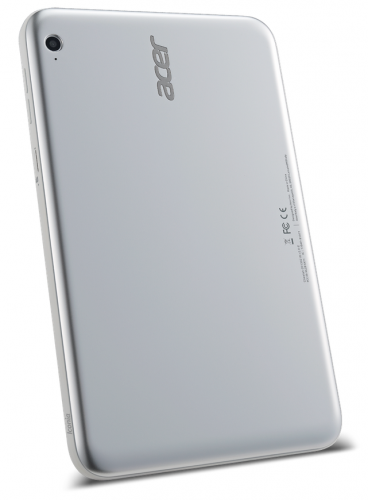 Acer suggests that this machine works with up to 8 hours of battery life, at the moment says they’ll offer a wi-fi-only iteration of the unit with 802.11b/g/n, and of course assures us there’s Bluetooth technology onboard as well. This device will be offered in two storage size options, either 32GB or 64GB (internal), with a microSD card slot included with both that’ll allow 32GB more with your own microSD card.

This 8-inch tablet works with a micro-HDMI port, microUSB port, and two cameras – one on the front, the other on the back, both of them coming in at 2 megapixels. This device will be available for MSRP $379 USD, but as pre-sales begin, final pricing may be different (possibly even lower).

It’ll be interesting to see this machine work with the Office family now that the whole bunch is updated for touch – especially since this will likely be the smallest display they’ve been used on thus far. Acer is also bringing on a collection of other devices like the Liquid S1 phablet, Aspire S7 and S3 Ultrabooks, and more – all of them working with touch, all of them appearing at Computex this week.